The son of a colonial administrator, [3] Brymer was educated at Trinity College, Cambridge. [4] He was Rector of Charlton Mackrell; and a Canon (priest) of the Cathedral Church of Wells. [5] 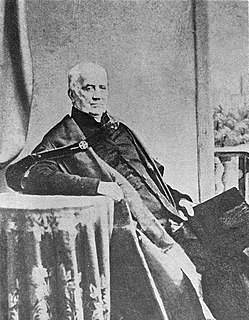 Thomas Earle Welby was an English missionary, clergyman and former soldier. The younger son of a baronet, he served in the army for eight years, but, after leaving 1837, served as a missionary in Canada, where he became a rector, and later as an archdeacon in South Africa, before going on to be consecrated as the second bishop of the island Saint Helena in the Anglican church.

William Forbes Raymond was Archdeacon of Northumberland from 1842 to 1853. 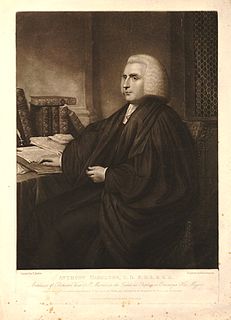 Josiah Thomas was Archdeacon of Bath from his installation on 26 April 1817 until his death on 27 May 1820.

William Yonge was Archdeacon of Norwich from 1868 until his death

Edmund Sheriffe was a priest and academic in the 15th century.

The Court is a Grade II* listed house, and former rectory, in Charlton Mackrell, Somerset.

The Very Rev John Constable, DCL was a priest in England during the late 15th and early 16th centuries.

Robert Hitch, D.D. was an English Anglican priest in the 17th-century.