William Vincent Campbell Jr. (August 31, 1940 – April 18, 2016) was an American businessman and chairman of the board of trustees of Columbia University and chairman of the board of Intuit. He was VP of Marketing and board director for Apple Inc. and CEO for Claris, Intuit, and GO Corporation. [1] Campbell coached, among others, Larry Page, Sergey Brin, Eric Schmidt, and Sundar Pichai at Google, Steve Jobs at Apple, Jeff Bezos at Amazon, Jack Dorsey and Dick Costolo at Twitter, and Sheryl Sandberg at Facebook. [2]

Son of a local school official, Campbell was born and raised in Homestead, Pennsylvania, near Pittsburgh. He attended Columbia University, where he played football under coach Buff Donelli from 1959 to 1961. [3] In his senior year, he was named to the All-Ivy Team. He graduated in 1962 with a bachelor's degree in economics. He was a founder of the Old Blue Rugby Football Club, [4] one of the leading amateur rugby clubs in America. In 1964, he obtained a master's degree in education from Teachers College, Columbia University. [5] He was head coach of Columbia's football team, the Columbia Lions from 1974 to 1979. Prior to this he was an assistant at Boston College for six years. He met his first wife, the former Roberta Spagnola, while she was the assistant dean in charge of Columbia's undergraduate dormitories.

He joined J. Walter Thompson, the advertising agency, and then Kodak, where he rose to run Kodak's European film business. He was hired by John Sculley, became Apple's VP of Marketing, and then ran Apple's Claris software division. When Sculley refused to spin Claris off into an independent company, Campbell and much of the Claris leadership left. Since 1997, when Steve Jobs returned to Apple, Campbell had served as a corporate director on Apple's board of directors.

Campbell became CEO of GO Corporation, a startup pioneering a tablet computer operating system. After successfully selling GO Eo to AT&T Corporation in 1993, Campbell was CEO of Intuit from 1994 to 1998. Campbell announced that he would be retiring as the Chairman of the Board of Directors at Intuit starting January 2016. [6]

Campbell was an adviser to a number of technology companies, and was elected chairman of the board of trustees at Columbia in 2005.

Campbell died of cancer on April 18, 2016 at the age of 75. He was survived by his wife, Eileen Bocci Campbell, his two children, and his three step children. [7] [8] On April 21, 2016 Apple announced that they would be delaying their earnings release until Tuesday April 26, 2016 for a memorial that Apple had held. [9]

In his honor, the National Football Foundation has issued the William V. Campbell Trophy since 1990 to the college football player with the best combination of academic, athletic, and community service achievements.

Intuit presents the Bill Campbell Coach's Award to a select number of employees who excel in mentorship and growth, while promoting diversity and sense of community.

Gilbert Frank Amelio is an American technology executive. Amelio worked at Bell Labs, Fairchild Semiconductor, and the semiconductor division of Rockwell International, and also a former CEO of National Semiconductor and Apple Computer.

GO Corporation was founded in 1987 to create portable computers, an operating system, and software with a pen-based user interface. It was famous not only for its pioneering work in Pen-based computing but as well as being one of the most well-funded start-up companies of its time.

Jean-Louis Gassée is a business executive. He is best known as a former executive at Apple Computer, where he worked from 1981 to 1990. He also founded Be Inc., creators of the BeOS computer operating system. After leaving Be, he became Chairman of PalmSource, Inc. in November 2004.

Pirates of Silicon Valley is a 1999 American biographical drama television film directed by Martyn Burke and starring Noah Wyle as Steve Jobs and Anthony Michael Hall as Bill Gates. Spanning the years 1971–1997 and based on Paul Freiberger and Michael Swaine's 1984 book Fire in the Valley: The Making of the Personal Computer, it explores the impact that the rivalry between Jobs and Gates (Microsoft) had on the development of the personal computer. The film premiered on TNT on June 20, 1999.

Armas Clifford "Mike" Markkula Jr. is an American electrical engineer, businessman and investor. He was an angel investor and the second CEO of Apple Computer, Inc., providing critical early funding and managerial support.

General Magic was an American software and electronics company co-founded by Bill Atkinson, Andy Hertzfeld, and Marc Porat. Based in Mountain View, California, the company developed precursors to "USB, software modems, small touchscreens, touchscreen controller ICs, ASICs, multimedia email, networked games, streaming TV, and early e-commerce notions." General Magic's main product was Magic Cap, the operating system used in 1994 by the Motorola Envoy and Sony's Magic Link PDA. It also introduced the programming language Telescript. After announcing it would cease operations in 2002, it was liquidated in 2004 with Paul Allen purchasing most of its patents. A new company bearing the same name emerged in 2016 that offers a map product called "Magic Earth" that utilizes the OpenStreetMap dataset.

Guerrino De Luca is the chairman of Logitech's board of directors. He served as President and CEO from 1998 to 2008. 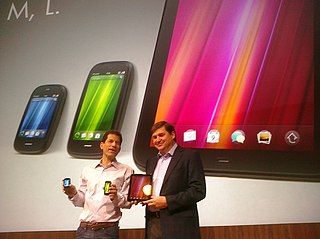 Jonathan J. "Jon" Rubinstein is an American electrical engineer who played an instrumental role in the development of the iMac and iPod, the portable music and video device first sold by Apple Computer Inc. in 2001. He left his position as senior vice president of Apple's iPod division on April 14, 2006. He currently serves on the board of directors of Amazon.com since December 2010. 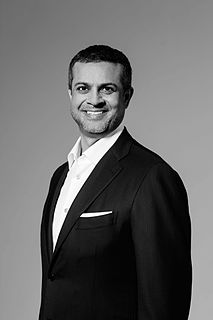 Samir Arora is an Indian-American businessman and CEO of Sage Digital since April 2016, the former CEO of Mode Media from 2003 to April 2016. He was CEO and chairman of the web design company NetObjects, Inc. from 1995 to 2001 and at Apple Inc. from 1982 to 1991. Arora was selected as one of the 21 Internet Pioneers that shaped the World Wide Web at the 1st Web Innovators Awards by CNET in 1997. 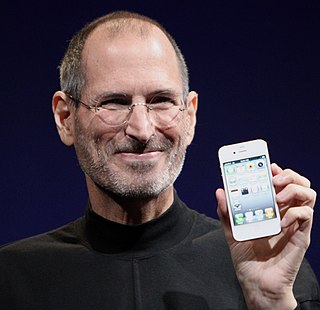 Steven Paul Jobs was an American business magnate, industrial designer, investor, and media proprietor. He was the chairman, chief executive officer (CEO), and co-founder of Apple Inc.; the chairman and majority shareholder of Pixar; a member of The Walt Disney Company's board of directors following its acquisition of Pixar; and the founder, chairman, and CEO of NeXT. Jobs is widely recognized as a pioneer of the personal computer revolution of the 1970s and 1980s, along with his early business partner and fellow Apple co-founder Steve Wozniak. 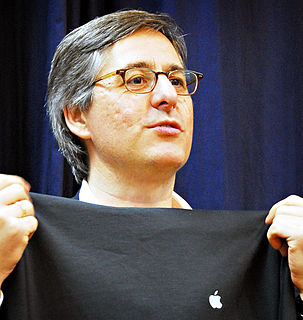 Daniel Lyons is an American writer. He was a senior editor at Forbes magazine and a writer at Newsweek before becoming editor of ReadWrite. In March 2013 he left ReadWrite to accept a position at HubSpot. 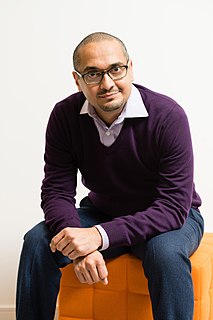 Francis Aurelio deSouza is an American entrepreneur and business executive. He is the president and chief executive officer (CEO) of Illumina. 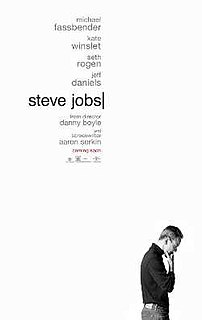 Steve Jobs is a 2015 biographical drama film directed by Danny Boyle and written by Aaron Sorkin. A British-American co-production, it was adapted from the 2011 biography by Walter Isaacson and interviews conducted by Sorkin, and covers 14 years (1984–1998) in the life of Apple Inc. co-founder Steve Jobs. Jobs is portrayed by Michael Fassbender, with Kate Winslet as Joanna Hoffman and Seth Rogen, Katherine Waterston, Michael Stuhlbarg, and Jeff Daniels in supporting roles.

Randy Komisar is a technology attorney, executive, and author living in Silicon Valley, California. Komisar is the co-founder of Claris, former CEO of Lucas Arts Entertainment, Chief Financial Officer of GO Corp, and the "virtual CEO" of TiVo.