William Henry Cavendish Cavendish-Bentinck, 3rd Duke of Portland, KG , PC , FRS (14 April 1738 – 30 October 1809) was a British Whig and Tory politician during the late Georgian era. He served as Chancellor of the University of Oxford (1792–1809) and twice as the Prime Minister, of Great Britain (1783) and then of the United Kingdom (1807–09). The twenty-four years between his two terms as Prime Minister is the longest gap between terms of office of any British Prime Minister.

Portland was known before 1762 by the courtesy title Marquess of Titchfield. He held a title of every degree of British nobility: Duke, Marquess, Earl, Viscount, and Baron. He is also a great-great-great-grandfather of Elizabeth II through her maternal grandmother.

Lord Titchfield was the eldest son of William Bentinck, 2nd Duke of Portland and Margaret Cavendish-Harley and inherited many lands from his mother and his maternal grandmother. [1] [2] [3] He was educated at Westminster School and Christ Church, Oxford. [4]

On 8 November 1766, Portland married Lady Dorothy Cavendish, a daughter of William Cavendish, 4th Duke of Devonshire and Charlotte Boyle. They were parents of six children:

Portland was elected to sit in the Parliament for Weobley in 1761 before entering the Lords when he succeeded his father as Duke of Portland the next year. He was associated with the aristocratic Whig party of Lord Rockingham and served as Lord Chamberlain of the Household in Rockingham's first Government (1765–1766)

Portland served as Lord Lieutenant of Ireland in Rockingham's second ministry (April–August 1782). He faced strong demands for conciliatory measures following years of coercion and taxation brought about by the British government's engagement in the American War of Independence. [7] Portland resolved to make concessions and, overcoming the resistance of Lord Shelburne, the Home Secretary to whom he reported, convinced Parliament to repeal the Declaratory Act and modify Poynings' Law. [8] Following Rockingham's death, Portland resigned from Lord Shelburne's ministry along with other supporters of Charles James Fox. [9]

In April 1783, Portland was brought forward as titular head of a coalition government as Prime Minister, whose real leaders were Charles James Fox and Lord North. He served as First Lord of the Treasury in this ministry until its fall in December of the same year. During his tenure the Treaty of Paris was signed formally ending the American Revolutionary War. The government was brought down after losing a vote in the House of Lords on its proposed reform of the East India Company after George III had let it be known that any peer voting for this measure would be considered his personal enemy. [10]

In 1789, Portland became one of several vice presidents of London's Foundling Hospital. This charity had become one of the most fashionable of the time, with several notables serving on its board. At its creation, fifty years earlier, Portland's father, William Bentinck, 2nd Duke of Portland, had been one of the founding governors, listed on the charity's royal charter granted by George II. The hospital's mission was to care for the abandoned children in London; and it achieved rapid fame through its poignant mission, its art collection donated from supporting artists, and popular benefit concerts put on by George Frideric Handel. In 1793, Portland took over the presidency of the charity from Lord North.

Along with many conservative Whigs such as Edmund Burke, Portland was deeply uncomfortable with the French Revolution and broke with Fox over this issue, joining Pitt's government as Home Secretary in 1794. In this role he oversaw the administration of patronage and financial inducements, often secret, to secure the passage of the 1800 Act of Union. [11] He continued to serve in the cabinet until Pitt's death in 1806—from 1801 to 1805 as Lord President of the Council and then as a Minister without Portfolio.

In March 1807, after the collapse of the Ministry of all the Talents, Pitt's supporters returned to power; and Portland was, once again, an acceptable figurehead for a fractious group of ministers that included George Canning, Lord Castlereagh, Lord Hawkesbury, and Spencer Perceval.

Portland's second government saw the United Kingdom's complete isolation on the continent but also the beginning of recovery, with the start of the Peninsular War. In late 1809, with Portland's health poor and the ministry rocked by the scandalous duel between Canning and Castlereagh, Portland resigned, dying shortly thereafter.

He was Recorder of Nottingham until his death in 1809.

The 3rd Duke of Portland died on 30 October 1809 at Burlington House, Piccadilly, after an operation for the stone and was buried at St Marylebone Parish Church, London. [12]

Along with Sir Robert Peel, Lord Aberdeen, Benjamin Disraeli, William Ewart Gladstone, Marquess of Salisbury, Sir Henry Campbell-Bannerman, Bonar Law, and Neville Chamberlain, he is one of nine British prime ministers to die while his direct successor was in office, and the first to do so.

The Portland Vase of Roman glass was given its name due to its having been owned by Portland at his family residence at Bulstrode Park.

Portland parish in Jamaica was named after the 3rd Duke of Portland. The Titchfield School, founded in 1786, also in the parish is also named in his honour. The school's crest is derived from the Earl of Portland's personal crest.

Two major streets in Marylebone are named after the 3rd Duke of Portland: Portland Place and Great Portland Street. Both were built on land he once owned.

North Bentinck Arm and South Bentinck Arm were named for the Bentinck family by George Vancouver in 1793, along with other names on the British Columbia Coast such as Portland Canal and Portland Channel.

The department of Manuscripts and Special Collections, The University of Nottingham holds a number of papers relating to the 3rd Duke: the 3rd Duke's personal and political papers (Pw F) are part of the Portland (Welbeck) Collection; and the Portland (London) Collection (Pl) contains correspondence and official papers of the 3rd Duke, especially in series Pl C.

The Portland Collection of fine and decorative art includes pieces owned and commissioned by the 3rd Duke, including paintings by George Stubbs.

William John Cavendish-Scott-Bentinck, 5th Duke of Portland, styled Lord John Bentinck before 1824 and Marquess of Titchfield between 1824 and 1854, was a British Army officer and peer, most remembered for his eccentric behaviour. A recluse who preferred to live in seclusion, he had an elaborate underground maze excavated under his estate at Welbeck Abbey near Clumber Park in North Nottinghamshire.

William Henry Cavendish-Bentinck may refer to: 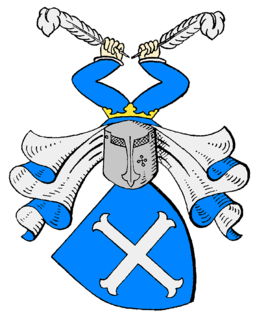 William Cavendish-Bentinck may refer to: 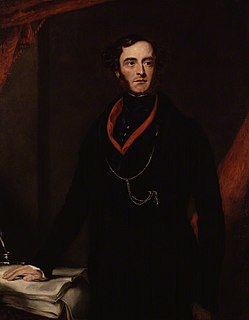 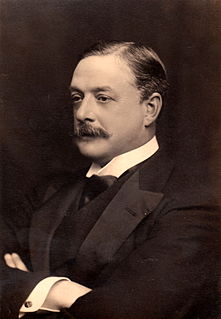 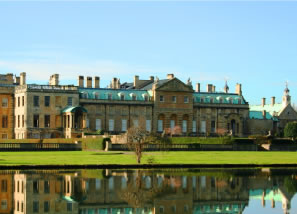 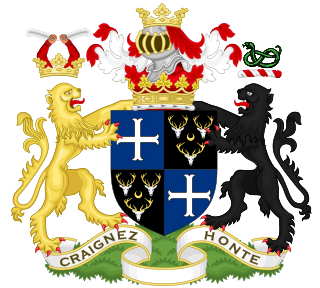 Cavendish-Bentinck is a surname associated with the Dukes of Portland and their descendants. Bentinck is a Dutch surname brought to England by William Bentinck, an advisor to William III of England. Cavendish was added to the family name by Bentinck's great-grandson the 3rd Duke of Portland, who married in 1766 Lady Dorothy Cavendish, daughter of the 4th Duke of Devonshire. By a family arrangement, she was the heiress to estates which had previously belonged to the defunct Newcastle branch of the Cavendish family, including Welbeck Abbey, which became the principal seat of the Dukes of Portland. Following the death of the 9th Duke in 1990, the family name became extinct.

William Henry Cavendish-Scott-Bentinck, Marquess of Titchfield —styled Viscount Woodstock until 1809—was a British Member of Parliament (MP) and peer. Born into the noble Bentinck family, his grandfather William Cavendish-Bentinck, 3rd Duke of Portland, served as both Prime Minister of Great Britain and Prime Minister of the United Kingdom. Expected to succeed his father as the fifth Duke of Portland, Titchfield died at only 27 years old. 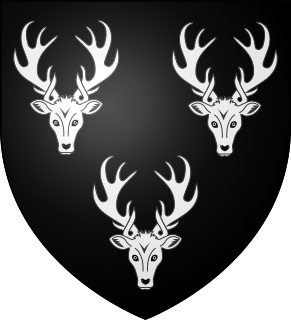 The Cavendish family is a British noble family.

Algernon Frederick Greville was an English soldier, cricketer, and officer of arms who served as private secretary to the Duke of Wellington. 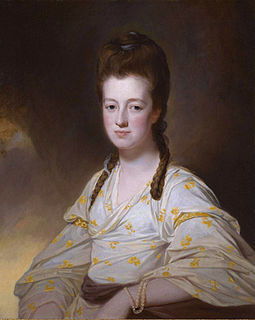