He was born in London on 20 November 1809. His father, Samuel Chappell, soon after the son's birth, entered into partnership with Johann Baptist Cramer and F. T. Latour, and opened a music publishing business at 124 New Bond Street. In 1826, he became sole partner, and in 1830 was established at 50 New Bond Street, where he died in December 1834. [1]

William, his eldest son, then managed the business for his mother until 1843. Chappell began the study of English folk-tunes and ballads. In 1838, he issued his first work, A Collection of National English Airs, consisting of Ancient Song, Ballad, and Dance Tunes, in two volumes, one containing 245 tunes, the second some elucidatory remarks and an essay on English minstrelsy. The airs were harmonised by Macfarren, Dr. Crotch, and Wade; only Macfarren's were adequate. Wade's being too slight, and Crotch's too elaborate. Chappell was the first who seriously studied traditional English tunes. [1]

In 1840, Chappell became a fellow of the Society of Antiquaries. He took an active part in the formation of the Percy Society, for which he edited Johnson's Crown Garland of Golden Roses. He projected the Musical Antiquarian Society, to publish and perform early English compositions, and established madrigal-singing by a small choir at his premises in New Bond Street. Most of the leading English musicians joined the society, which began publishing in 1841; Chappell acted as treasurer and manager of the publications for about five years. [1]

He edited the twelfth volume, Dowland's First Booke of Songes or Ayres, but inexplicably omitted Dowland's accompaniments. The society's publications were in cumbersome and expensive folios, and the members soon fell away until the society dissolved in 1848. [1]

The Chappell family had in 1843 made an arrangement by virtue of which William retired from the business. In 1845, he bought a share in the publishing business of Cramer & Co., which was then called Cramer, Beale, & Chappell. [2] He patiently continued his investigations into antiquarian music, and waited till 1855 before issuing an improved edition of his collection. It was renamed Popular Music of the Olden Time, and arranged in two octavo volumes, letterpress and music interspersed. The tunes were harmonised by Macfarren. Immense learning and research are displayed throughout the work, which at once became the recognised authority upon the subject. It suffers from Chappell's prejudices against Scotland and everything Scottish; and Dr. Burney, who did not appreciate Elizabethan madrigals, is repeatedly attacked with unjustifiable exaggeration, notably in the preface. A new edition, edited by Professor H. E. Wooldridge, appeared in 1892, with the title Old English Popular Music, and the tunes re-harmonised on the basis of the mediæval modes; this edition is practically a new work. In 1861, Chappell retired from the firm of Cramer & Co. [1]

He suffered from writers' palsy for several years, but eventually recovered. He acted as honorary treasurer of the Ballad Society, for which he edited three volumes of the Roxburgh Ballads (London, 1869 &c. 8vo). He was also an active member, and for a time treasurer, of the Camden Society. He gave most important assistance in the publication of Coussemaker's Scriptores de Musica (4 tom. Paris, 1863–76). The celebrated double canon, Sumer is icumen in, whose existence in a thirteenth-century manuscript is the most inexplicable phenomenon in the history of music, was long studied by Chappell; a facsimile in colours served as the frontispiece of his Popular Music of the Olden Time, and he finally succeeded in identifying the handwriting as the work of Johannes de Fornsete, and in showing that the writer died on 19 January 1239 or 1240. [1]

At the foundation of the Musical Association in 1874, he was appointed a vice-president, and on 6 November 1877, he read a profound and original paper on Music a Science of Numbers. During the latter part of his life he lived mostly at Weybridge, but died at his London residence, 53 Upper Brook Street, on 20 August 1888. [1]

"The Ballad of Chevy Chase" is an English ballad, catalogued as Child Ballad 162. There are two extant ballads under this title, both of which narrate the same story. As ballads existed within oral tradition before being written down, other versions of this once popular song also may have existed. Moreover, other ballads used its tune without necessarily referring to "The Ballad of Chevy Chase." 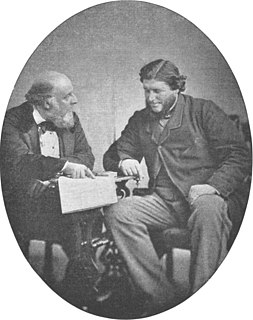 "The King and the Beggar-maid" is a 16th-century broadside ballad that tells the story of an African king, Cophetua, and his love for the beggar Penelophon. The story has been widely referenced and King Cophetua has become a byword for "a man who falls in love with a woman instantly and proposes marriage immediately". 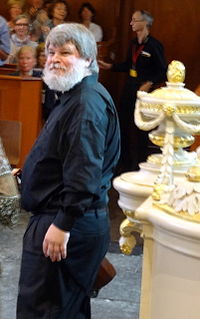 King Edward the Fourth and a Tanner of Tamworth is a ballad first found in the Child Ballad collection, number 273. A ballad of this title was licensed in 1564. Versions of this ballad also exist outside the Child collection. Additional copies can be found at the British Library, the University of Glasgow Library, and the Pepys Library at Magdalene College. These ballads dates, by estimation of the English Short Title Catalogue, range from the early seventeenth century to as late as 1775. The ballad is most recognized by its opening line: "In summer time, when leaves grow green." Child describes the appeal of this ballad to be centered on the chance meeting with a King, which is also a recurring theme in tales of Robin Hood.

Chappell & Co. was an English company that published music and manufactured pianos.

J. B. Cramer & Co. was a musical instrument manufacturing, music-publishing and music-selling business in London, founded in 1824 by the musician Johann Baptist Cramer. Its New Bond Street premises closed in 1964 when the company was taken over by Kemble & Co.

"King John and the Bishop" is an English folk-song dating back at least to the 16th century. It is catalogued in Child Ballads as number 45 and Roud Folk Song Index 302. 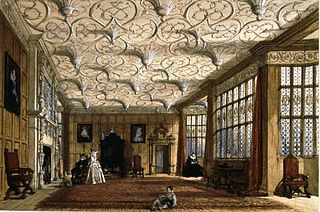 Joseph Nash was an English watercolour painter and lithographer, specialising in historical buildings. His major work was the 4-volume Mansions of England in the Olden Time, published from 1839–49.

"Here's a Health unto His Majesty" is an English patriotic song or glee. It is used as the regimental march of the Royal Army Medical Corps having been selected by Brigadier Hugh Llewellyn Glyn Hughes in 1948. Note the song is never "Here's A Health unto Her Majesty".

Thomas East,, was an English printer who specialised in music. He has been described as a publisher, but that claim is debatable. He nevertheless made an important contribution to musical life in England. He printed the significant collection of madrigals Musica Transalpina which appeared in 1588.

"My Robin is to the Greenwood Gone" or "Bonny Sweet Robin" is an English popular tune from the Renaissance.

The Bride's Burial is an English Broadside ballad that dates back to the beginning of the 17th century that is best known by its opening verse, "Come mourn, come mourn with me/ you loyal lovers all." Copies of "The Bride's Burial" can be found at the Huntington Library, the British Library, the Glasgow University Library,the National Library of Scotland, and the Pepys Library.

Packington's Pound is an English Broadside ballad that dates back, roughly, to the last quarter of the 16th century. It is most recognized by its tune, and, in fact, more tunes were set to "Packington's Pound" than ballads named "Packington's Pound." Claude Simpson in "The British Broadside Ballad and its Music" writes: "This [Packington's Pound] is the most popular single tune associated with ballads before 1700." Extant copies of the ballad can be found at the Huntington Library, the Pepys Library,and the National Library of Scotland.

Lady Isabel's Tragedy, or "The Lady Isabella's Tragedy; or, The Step-Mother's Cruelty" is a broadside ballad, which dates from, by estimation of the English Short Title Catalogue, as early as 1672 and as late as 1779—suggesting its popularity and positive reception. The ballad begins, "There was a Lord of worthy Fame." Copies of the ballad can be found at the National Library of Scotland, the British Library, University of Glasgow Library, the Huntington Library, and the Pepys Library at Magdalene College. Alternatively, online facsimiles of the ballad are available for public consumption at sites like the English Broadside Ballad Archive. The ballad has notable connections to the stories of Snow White, the myth of Philomela, and Titus Andronicus.

Coridon and Parthenia or "Coridon and Parthenia, The Languishing Shepherd made Happy. Or, Faithful Love rewarded" is a broadside ballad, which dates from, by estimation of the English Short Title Catalogue, the last three decades of the seventeenth century. The ballad begins, "When busie Fame ore all the Plain,/ Parthenias Praises rung." Copies of the ballad can be found at the National Library of Scotland, the British Library, and the University of Glasgow Library. Alternatively, online facsimiles of the ballad are available for public consumption.

Walter Cecil Macfarren was an English pianist, composer and conductor, and a teacher at the Royal Academy of Music.

The Musical Antiquarian Society was a British society established in 1840. It published, during seven years, 19 volumes of choral music from the 16th and 17th centuries.