William Cooke, the eldest son of Sir Robert Cooke of Highnam Court and his first wife Dorothy Fleetwood, was born c. 1620. [1] [2] His mother was the daughter of Sir Miles Fleetwood of Aldwinkle, Northamptonshire, Receiver of the Court of Wards, and his wife Ann Luke. [2] [3] [4] His younger brother, Edward Cooke, was a Member of Parliament for Tewkesbury. [2] [5]

Cooke was admitted to Gray's Inn in 1636. [2] His father's political affiliations drew the ire of the Royalists during the English Civil War. The family manor at Highnam was attacked by the Royalists, and the elder Cooke withdrew with his family to Gloucester, where he died that same year, in 1643. [6] [7] William Cooke succeeded his father to the manor of Highnam, which was just west of Gloucester. The Cooke family had been at Highnam Court since 1597, when his grandfather, Sir William Cooke, married heiress Joyce Lucy, daughter of Sir Thomas Lucy. [8] [9] [10]

On 30 March 1648, Cooke married Anne Rolle, daughter of Dennis Rolle of the manor of Stevenstone in Devon. The couple had nine sons and seven daughters. [2] After the civil war ended, William Cooke began rebuilding Highnam Court, which had been demolished in the attacks. [6] The manor at Highnam was built in 1658. [7] While its architect is unknown, it is believed that it was designed by Inigo Jones or his student, Francis Carter. [6] [7]

Cooke served as High Sheriff of Gloucestershire in 1663. [2] [6] That year, his wife died. She was interred adjacent to the small chapel that had been built five decades previously by Cooke's grandfather, Sir William Cooke, near the southwest corner of the house. In 1668, both Cooke and Edward Cooke held office as two of the four Verderers of the Forest of Dean; both retained that position for many years, although there is some disagreement as to whether the Edward in question was William's son or brother. [6] [11]

He became a freeman and alderman for Gloucester in 1672. He was a Commissioner of Inquiry for the Forest of Dean in 1673, 1679, 1683, and 1691. [2] Cooke served as Mayor of Gloucester three times. He was first elected in 1673, serving until 1674. His second term started in November 1688, following the resignation of the Roman Catholic mayor, and continued until the following year. In April 1699, the mayoral incumbent died, and Cooke assumed the office of mayor for the third time, until September of that year. [2] [8] [12]

William Cooke may refer to:

Sir John Ernle was an English politician who sat in the House of Commons at various times between 1654 and 1695. He was one of the longest-serving Chancellors of the Exchequer of England, a position he held from 2 May 1676 to 9 April 1689.

Lieutenant General William Seymour was a British soldier and politician. He was the second son of Sir Edward Seymour, 4th Baronet, the prominent Tory. He served successively as Member of Parliament for Cockermouth, Totnes and Newport, Isle of Wight.

Sir Charles Hedges, of Compton Bassett, Wiltshire, an English lawyer and politician, was Judge of the High Court of Admiralty from 1689 to 1714 who later served as one of Queen Anne's Secretaries of State.

Sir William Cooke of Highnam Court in Gloucestershire, was an English landowner and politician who sat in the House of Commons at various times between 1597 and 1614.

George Oxenden was an English academic, lawyer and politician who sat in the House of Commons from 1695 to 1698.

Sir Robert Cooke was an English politician who sat in the House of Commons between 1640 and 1643. He served in the Parliamentarian army in the English Civil War. 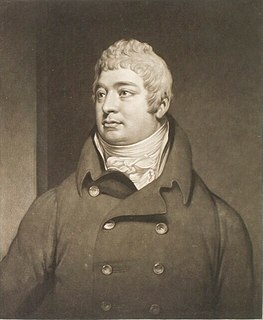 Sir Berkeley William Guise, 2nd Baronet of Highnam Court in the parish of Churcham, Gloucestershire, was a British landowner and Whig Member of Parliament.

William Cooke, of Highnam Court, near Gloucester, was an English Whig politician who sat in the English and British House of Commons from 1705 to 1709.

Edward Ashe of Heytesbury, Wiltshire was an English politician who sat in the English and British House of Commons for 52 years from 1695 to 1747.