William Coward (fl. 1689) was a minor pirate active off the coast of Massachusetts. He is known for a single incident involving the seizure of one small vessel, largely thanks to events surrounding his trial.

Coward and three other men [lower-alpha 1] slipped their rowboat alongside the ketch Elinor in November 1689 in Boston Harbor off Nantasket. [1] Elinor's crew and its captain, William Shortriggs, were afflicted with smallpox and offered no resistance. Coward and his men robbed Elinor and sailed it to Cape Cod but were soon caught and imprisoned. [2]

Coward, formerly a sailor on the warship HMS Rose, was tried in January 1690. He and his men were tried alongside pirates Thomas Hawkins and Thomas Pound and their crew, who had been jailed for piracy in the same area at the same time; [1] because of this Coward's trial and his piracy is often conflated with that of Pound and Hawkins. [3] Coward refused to enter a plea, arguing that piracy could not be tried in common-law court, but only in Admiralty court. Further, since the presiding Vice-Admiralty judge was the now-deposed Governor Andros, [lower-alpha 2] there was no Admiralty court in the province. [4] The court, headed by justice Samuel Sewall, convicted Coward anyway and sentenced him to hang. [3] He was imprisoned with Pound, Hawkins, and the others, as well as "Mary Glover the Irish Catholic Witch," [lower-alpha 3] and both Sewall and Cotton Mather prayed with him. He received a reprieve and a pardon from Andros' successor Governor Bradstreet, as did the rest of his crew. [5]

Coward's further activities are not known. Two years later Sewall would authorize the use of pressing against accused witch Giles Corey for his refusal to enter a plea and acknowledge the court's authority - a decision Sewell would later lament – though he did not do so against Coward. [6] Pound and Hawkins also escaped the gallows, as did all but one of their crew; they sailed back to England as prisoners aboard Coward's former ship HMS Rose. A French privateer attacked Rose en route; Pound fought in the ship's defense and was granted a pardon for his piracy conviction, though Hawkins was killed during the battle. [7] 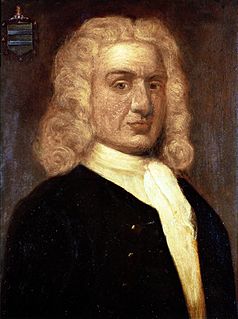 Robert Culliford was a pirate from Cornwall who is best remembered for repeatedly checking the designs of Captain William Kidd.

Thomas Pound was an English Royal Navy officer who turned pirate and was briefly active in the coastal waters of New England during 1689. Caught and convicted of piracy, his crimes were forgiven and he later rejoined the Royal Navy.

Charles Gibbs was the pseudonym of an American pirate, born James D. Jeffers. Jeffers was one of the last active pirates in the Caribbean during the early 19th century, and was among the last persons to be executed for piracy by the United States.

Joseph Bradish (1672–1700) was a pirate best known for a single incident involving a mutiny.

Charles Harris (1698-1723) was an English pirate active in the 1720s. He is best known for his association with George Lowther and Edward Low.

John Ireland was a pirate active in the Indian Ocean. He is best known for sailing with Thomas Tew.

James Allison was a pirate and former logwood hauler, active near Cape Verde and the Bay of Campeche. Almost the entire record of Allison's piracy comes from trial records of a single incident, the seizure of the merchantman Good Hope.

Brigstock Weaver was an English pirate active in the Caribbean. He is best known for his association with fellow pirates Thomas Anstis and Bartholomew Roberts.

William Read was a pirate active in the Indian Ocean near Madagascar. He is best known for rescuing fellow pirate captains John Bowen and Thomas White.

Thomas Larimore was a privateer and pirate active in the Caribbean and off the eastern seaboard of the American colonies. After helping suppress Bacon’s Rebellion and serving as a militia leader he turned to piracy, his activities intertwined with those of fellow pirate John Quelch.

Thomas Hawkins was a pirate briefly active off New England. He was known for sailing with Thomas Pound.

Francis Demont was a pirate active in the Caribbean. His trial was important in establishing Admiralty law in South Carolina.

Christopher Goffe was a pirate and privateer active in the Red Sea and the Caribbean. He was eventually trusted to hunt down his former comrades.

Thomas Henley was a pirate and privateer active in the Red Sea and the Caribbean.

George Peterson was a pirate active off New England and Nova Scotia and in the West Indies.

John Golden was a Jacobite pirate and privateer active in the waters near England and France. His trial was important in establishing Admiralty law, differentiating between privateers and pirates, and ending the naval ambitions of the deposed James II.

HMS Revenge (1741) was a privateering vessel commissioned by Governor of Rhode Island, Richard Ward in 1741. In his Letter of Marque, Ward names Benjamin Norton as captain, commanding him to commandeer any Spanish ship he may come across. Throughout the sloop's five month cruise, Norton kept a detailed journal of the ship's daily encounters. The ship was set to sail down the East Coast of the colonies to the Caribbean, and stop any Spanish ships from delivering supplies, or taking supplies.