William Cunningham FBA (29 December 1849 – 10 June 1919) was a Scottish economic historian and Anglican priest. He was a proponent of the historical method in economics and an opponent of free trade.

Cunningham was born in Edinburgh, Scotland, [8] the third son of James Cunningham, Writer to the Signet. Educated at the Edinburgh Institution (taught by Robert McNair Ferguson, amongst others), [9] the Edinburgh Academy, the University of Edinburgh, and Trinity College, Cambridge, he graduated BA in 1873, having gained first-class honours in the moral science tripos. [3] [10]

Cunningham's eminence as an economic historian gave special importance to his support of Joseph Chamberlain from 1903 onwards in criticizing the English free-trade policies and advocating tariff reform.

He was a critic of the nascent neoclassical economics, particularly as propounded by his colleague, Alfred Marshall, and the Cambridge school.

Cunningham has been described as "a champion of women's education in Cambridge." [15] He taught the British historian Annie Abram. 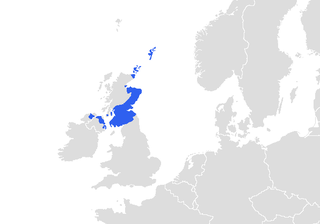 Scots is the West Germanic languages variety spoken in Lowland Scotland and parts of Ulster in Ireland. It is sometimes called Lowland Scots to distinguish it from Scottish Gaelic, the Celtic language that was historically restricted to most of the Highlands, the Hebrides and Galloway after the 16th century. The Scots language developed during the Middle English period as a distinct entity. 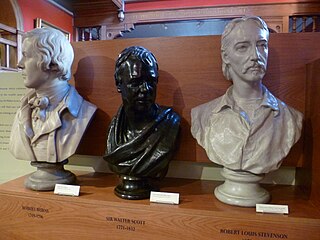 Scottish literature is literature written in Scotland or by Scottish writers. It includes works in English, Scottish Gaelic, Scots, Brythonic, French, Latin, Norn or other languages written within the modern boundaries of Scotland.

Sir Paul Gavrilovitch Vinogradoff, FBA was a Russian and British historian and medievalist. 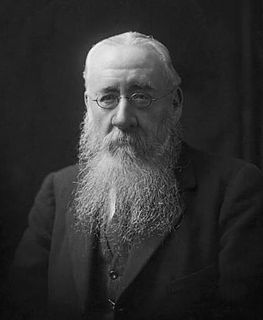 Calypso was a nymph in Greek mythology, who lived on the island of Ogygia, where, according to the Odyssey, she detained Odysseus for seven years.

William Simson was a Scottish portrait, landscape and subject painter.

Sir James Emerson Tennent, 1st Baronet FRS, born James Emerson, was a British politician and traveller born in Ireland. He was elected a Fellow of the Royal Society on 5 June 1862.

Sir Charles James Lyall (1845–1920) was an Arabic scholar, and English civil servant working in India during the period of the British Raj. 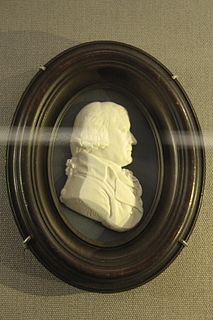 John Millar of Glasgow was a Scottish philosopher, historian and Regius Professor of Civil Law at the University of Glasgow from 1761 to 1800.

William Sanday (1843–1920) was an English Anglican theologian and priest. He was the Dean Ireland's Professor of Exegesis of Holy Scripture from 1883 to 1895 and the Lady Margaret Professor of Divinity from 1895 to 1919; both chairs were at the University of Oxford. He had previously been Master of Bishop Hatfield's Hall, University of Durham.

Sir George Walter Prothero was an English historian, writer, and academic, and served as the president of the Royal Historical Society from 1901 to 1905.

Romanticism in Scotland was an artistic, literary and intellectual movement that developed between the late eighteenth and the early nineteenth centuries. It was part of the wider European Romantic movement, which was partly a reaction against the Age of Enlightenment, emphasising individual, national and emotional responses, moving beyond Renaissance and Classicist models, particularly to the Middle Ages.

Matthew Dobson (1732–1784) was an English physician and experimental physiologist. He is now remembered for his work on diabetes.

Alexander Cunningham of Block (1655–1730) was a Scottish jurist, classical critic and opponent of Richard Bentley.

April Mary Scott McMahon, is a British linguist and Vice President for Teaching, Learning and Students at the University of Manchester.