Sir William Henry Preece KCB FRS (15 February 1834 – 6 November 1913) was a Welsh electrical engineer and inventor. Preece relied on experiments and physical reasoning in his life's work. Upon his retirement from the Post Office in 1899, Preece was made a Knight Commander of the Order of the Bath (KCB) in the 1899 Birthday Honours. [1]

Preece was born in Caernarfon (Gwynedd), Wales. He was educated at King's College School and King's College London. Preece studied at the Royal Institution in London (Great Britain) under Michael Faraday. He later was the consulting engineer for the Post Office (1870s). He became Engineer-in-Chief of the British General Post Office in 1892. He developed several improvements in railroad signalling system that increased railway safety. Preece and Oliver Lodge maintained a correspondence during this period. Upon Lodge's proposal of "loading coils" applied to submerged cables, Preece did not realise that "Earthing" would extend the distance and efficiency.

In 1889 Preece assembled a group of men at Coniston Water in the Lake District in Lancashire and succeeded in transmitting and receiving Morse radio signals over a distance of about 1 mile (1.6 km) across water. [2]

Preece also developed a wireless telegraphy and telephony system in 1892. Preece developed a telephone system and implemented it in England. A similar telephone system was patented in the United States by Alexander Graham Bell in 1876. In 1885, Preece and Arthur West Heaviside (Oliver Heaviside's brother) experimented with parallel telegraph lines and an unwired telephone receiver, discovering radio induction (later identified with the effects of crosstalk).

Preece blocked publication of some of Arthur and Oliver Heaviside's work. There was a long history of animosity between Preece and Oliver Heaviside. Heaviside considered Preece to be mathematically incompetent, an assessment supported by the biographer Paul J. Nahin: "Preece was a powerful government official, enormously ambitious, and in some remarkable ways, an utter blockhead." Preece's motivations in suppressing Heaviside's work were more to do with protecting Preece's own reputation and avoiding having to admit error than any perceived faults in Heaviside's work. [3] : xi–xvii, 162–183

In 1897, with Marconi radio experiments from Lavernock Point in south Wales to the island of Flatholm, became one of Marconi's most ardent supporters. He made various efforts to support Guglielmo Marconi in the wireless field. Preece gained financial assistance from the Post Office to help expand Marconi's work. Preece believed that the Earth's magnetic field was critical in the propagation of radio waves over long distances.

He had a long-standing rivalry with Oliver Heaviside over his traditional ideas about electricity. It was derisively referred to as "the drain-pipe theory" by Heaviside, because Preece presented the analogy of electricity and water for thought experiments. Reportedly, he rejected and never understood James Clerk Maxwell's advances to mathematical physics, and insisted that adding inductance to a telegraph line could only be detrimental, even while Maxwell's and Heaviside's theory and experiments showed that inductance could help. [4]

Preece once stated, conveying sentiments which were later made by Edwin Armstrong,

True theory does not require the abstruse language of mathematics to make it clear and to render it acceptable [...] All that is solid and substantial in science and usefully applied in practice, have been made clear by relegating mathematic symbols to their proper store place --- the study.

Preece served as president of the Institution of Civil Engineers between April 1898 and November 1899. [5] 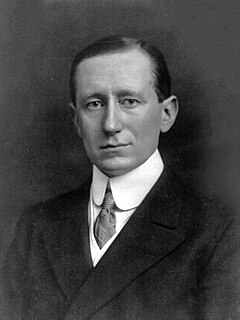 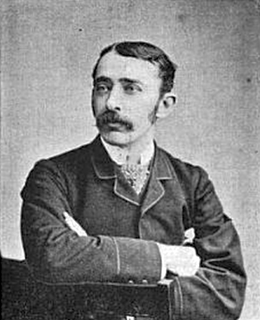 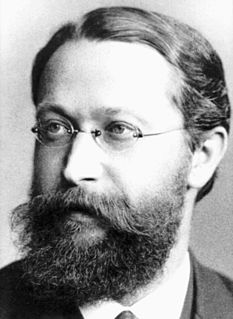 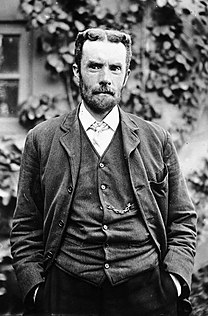 Oliver Heaviside FRS was an English self-taught electrical engineer, mathematician, and physicist who adapted complex numbers to the study of electrical circuits, invented mathematical techniques for the solution of differential equations, reformulated Maxwell's field equations in terms of electric and magnetic forces and energy flux, and independently co-formulated vector analysis. Although at odds with the scientific establishment for most of his life, Heaviside changed the face of telecommunications, mathematics, and science. 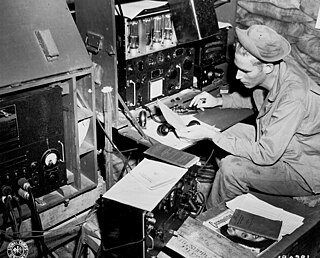 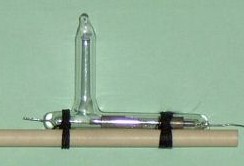 The coherer was a primitive form of radio signal detector used in the first radio receivers during the wireless telegraphy era at the beginning of the 20th century. Its use in radio was based on the 1890 findings of French physicist Édouard Branly and adapted by other physicists and inventors over the next ten years. The device consists of a tube or capsule containing two electrodes spaced a small distance apart with loose metal filings in the space between. When a radio frequency signal is applied to the device, the metal particles would cling together or "cohere", reducing the initial high resistance of the device, thereby allowing a much greater direct current to flow through it. In a receiver, the current would activate a bell, or a Morse paper tape recorder to make a record of the received signal. The metal filings in the coherer remained conductive after the signal (pulse) ended so that the coherer had to be "decohered" by tapping it with a clapper actuated by an electromagnet, each time a signal was received, thereby restoring the coherer to its original state. Coherers remained in widespread use until about 1907, when they were replaced by more sensitive electrolytic and crystal detectors.

William Henry Eccles FRS was a British physicist and a pioneer in the development of radio communication. 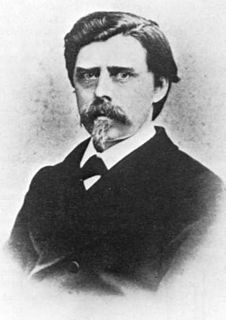 David Edward Hughes, was a British-American inventor, practical experimenter, and professor of music known for his work on the printing telegraph and the microphone. He is generally considered to have been born in London but his family moved around that time so he may have been born in Corwen, Wales. His family moved to the U.S. while he was a child and he became a professor of music in Kentucky. In 1855 he patented a printing telegraph. He moved back to London in 1857 and further pursued experimentation and invention, coming up with an improved carbon microphone in 1878. In 1879 he identified what seemed to be a new phenomenon during his experiments: sparking in one device could be heard in a separate portable microphone apparatus he had set up. It was most probably radio transmissions but this was nine years before electromagnetic radiation was a proven concept and Hughes was convinced by others that his discovery was simply electromagnetic induction. 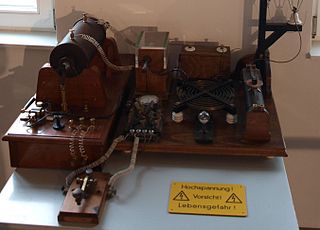 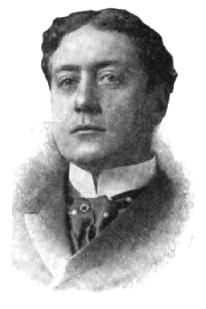 John Stone Stone was an American mathematician, physicist and inventor. He initially worked in telephone research, followed by influential work developing early radio technology, where he was especially known for improvements in tuning. Despite his often advanced designs, the Stone Telegraph and Telephone Company failed in 1908, and he spent the remainder of his career as an engineering consultant. 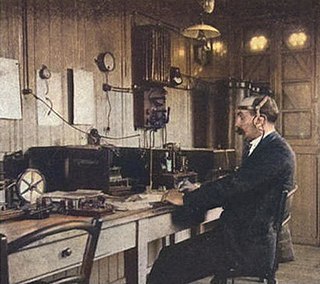 The invention of radio communication, although generally attributed to Guglielmo Marconi in the 1890s, spanned many decades, from theoretical underpinnings, through proof of the phenomenon's existence, development of technical means, to its final use in signalling. 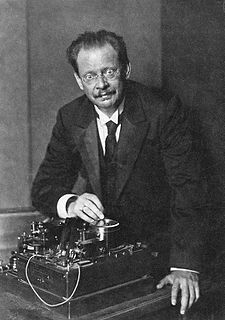 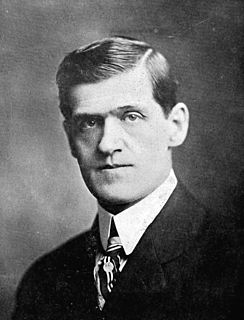 Archie Frederick Collins, who generally went by A. Frederick Collins, was a prominent early American experimenter in wireless telephony and prolific author of books and articles covering a wide range of scientific and technical subjects. His reputation was tarnished in 1913 when he was convicted of mail fraud related to stock promotion. However, after serving a year in prison, he returned to writing, including, beginning in 1922, The Radio Amateur's Handbook, which continued to be updated and published until the mid-1980s. 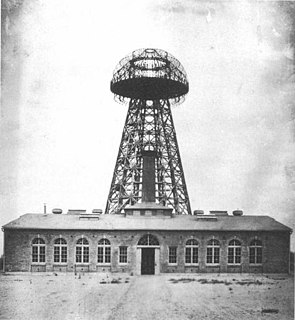 The World Wireless System was a turn of the 20th century proposed telecommunications and electrical power delivery system designed by inventor Nikola Tesla based on his theories of using Earth and its atmosphere as electrical conductors. He claimed this system would allow for "the transmission of electric energy without wires" on a global scale as well as point-to-point wireless telecommunications and broadcasting. He made public statements citing two related methods to accomplish this from the mid-1890s on. By the end of 1900 he had convinced banker J. P. Morgan to finance construction of a wireless station based on his ideas intended to transmit messages across the Atlantic to England and to ships at sea. His decision to change the design to include wireless power transmission to better compete with Guglielmo Marconi's new radio based telegraph system was met with Morgan's refusal to fund the changes. The project was abandoned in 1906, never to become operational.

Charles Edmund Webber was a British soldier, engineer and author.

Dr James Robert Erskine-Murray FRSE MIEE (1868-1927) was a Scottish electrical engineer and inventor. A protege of Lord Kelvin ha also worked with Marconi and was a pioneer in the development of the telegraph. He wrote extensively on telegraphy and wireless communication.

Henry Walter Jenvey was a senior public servant, initially with the Victorian Post Office and following Federation, the federal Postmaster-General's Department. He was heavily involved in the development of Victoria's telegraphy and telephony networks, and subsequently their integration into those of the Commonwealth. One of Australia's earliest wireless experimenters, he could reasonably be described as Australia's first amateur radio operator, since the majority of his experiments was self-funded and in his private time.