William Hoare of Bath RA (c. 1707 – 12 December 1792) was a British portraitist, painter and printmaker. From c. 1740 to 1759, he was the leading oil portraitist at Bath, Somerset, until Thomas Gainsborough arrived in the town. Noted for his pastels, he was a foundation member of the Royal Academy. [1]

Born near Eye, Suffolk, Hoare received a gentleman's education in Faringdon. He showed an aptitude for drawing and was sent to London to study under Giuseppe Grisoni, who had left Florence for London in 1715. When Grisoni returned to Italy in 1728, Hoare went with him, travelling to Rome and continuing his studies under the direction of Francesco Imperiali. He remained in Rome for nine years, returning to London in 1737/8.

Failing to establish himself in London, Hoare settled in Bath, an expanding spa town popular with the wealthier classes. He obtained numerous commissions, the most important being for official portraits of social leaders of the day (including George Frideric Handel) and political men (e.g., Prime Ministers Robert Walpole and William Pitt, 1st Earl of Chatham, c.1754). There are several versions of most of these, suggesting that he had a studio, and they were further publicised by the production of mezzotints by leading engravers of the day. Hoare himself was a delicate etcher and published a number of private plates, mostly of family and friends, including a Miss Hoare (probably Mary), Christopher Anstey and the 3rd Duke of Beaufort. His pastels were influenced by Rosalba Carriera.

William Hoare was the first fashionable portraitist to settle in Bath, and he was the leading portraitist there until the arrival of Thomas Gainsborough in 1759. He remained the favourite of his powerful patron the Duke of Newcastle, his family, followers and political associates. Included amongst his other important patrons were the Earls of Pembroke and Chesterfield, and the Duke of Beaufort. With Gainsborough and Joshua Reynolds, he was a founding member of the Royal Academy.

Hoare was closely involved with the running of the Royal Mineral Water Hospital in Bath from 1742. He served as a governor of the hospital, [1] and became acquainted with Bath's notable visitors and the neighbouring landed families. Chalmers described him as 'an ingenious and amiable English painter'. He died at Bath on 12 December 1792.

His son, Prince Hoare, achieved fame as a painter and dramatist. [1] His daughter Mary Hoare was also a noted painter.

Hoare's oil painting Dr Oliver and Mr Pierce examining patients with Paralysis, Rheumatism and Leprosy hung prominently at the Royal Mineral Water Hospital until 2019, when it was transferred to a new building at Bath's Royal United Hospital site. [2] 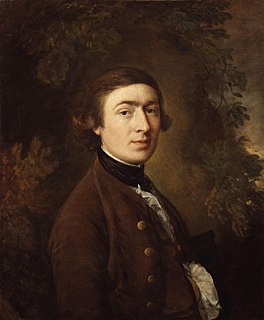 Prince Hoare was an English painter, dramatist and librettist. "Prince" is a given name, not a royal title. 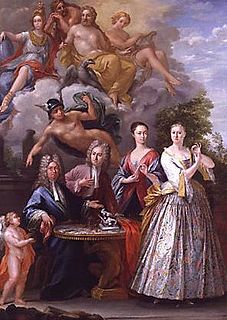 Giuseppe Pierre Joseph Grisoni, also known as Grifoni or Grison, was an Italian painter and sculptor, noted for his landscapes and historical tableaux. 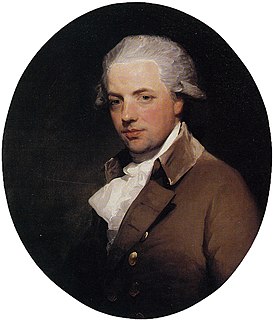 Ozias Humphry was a leading English painter of portrait miniatures, later oils and pastels, of the 18th century. He was elected to the Royal Academy in 1791, and in 1792 he was appointed Portrait Painter in Crayons to the King. 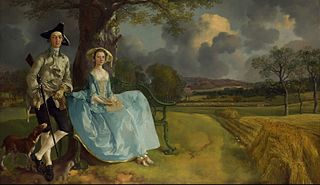 The Art of the United Kingdom refers to all forms of visual art in or associated with the United Kingdom since the formation of the Kingdom of Great Britain in 1707 and encompasses English art, Scottish art, Welsh art and Irish art, and forms part of Western art history. During the 18th century, Britain began to reclaim the leading place England had previously played in European art during the Middle Ages, being especially strong in portraiture and landscape art.

Enoch Seeman the Younger was a painter, active in England in the first half of the eighteenth century. He was born into a family of painters in Danzig, around 1694.

Prince Hoare was an English sculptor. "Prince" is a given name, not a royal title. 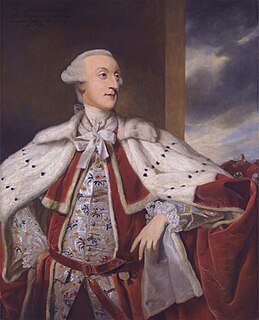 Thomas Brudenell-Bruce, 1st Earl of Ailesbury KT, styled The Honourable Thomas Brudenell until 1747 and known as The Lord Bruce of Tottenham between 1747 and 1776, was a British courtier.

George Knapton (1698–1778) was an English portrait painter and the first portraitist for the Society of Dilettanti in the 1740s. He became Surveyor and Keeper of the King's Pictures from 1765 to 1778. 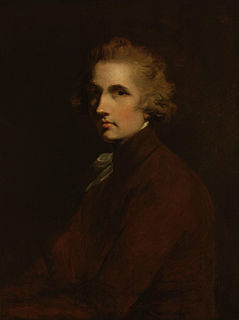 Daniel Gardner was a British painter, best known for his work as a portraitist. He established a fashionable studio in Bond Street in London, specializing in small scale portraits in pastel, crayons or gouache, often borrowing Reynolds' poses. 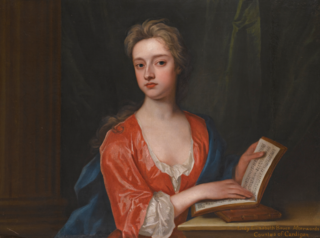 Elizabeth Brudenell, Countess of Cardigan, formerly Lady Elizabeth Bruce, was an English noblewoman and a petitioner for the foundation of the Foundling Hospital in London. Her husband was George Brudenell, 3rd Earl of Cardigan, and she was the mother of the 4th Earl, who later became 1st Duke of Montagu.