Hunt was educated at John Roysse's Free School in Abingdon (now Abingdon School), [1] [2] and was later scholar and fellow of Pembroke College, Oxford. [3]

Richard Graves was an English cleric, poet, and novelist. He is remembered especially for his picaresque novel The Spiritual Quixote (1773). 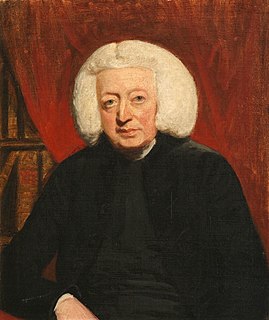 William Adams was Fellow and Master of Pembroke College, Oxford.

Thomas Malcolm Layng, CBE, MC & Bar was an Anglican soldier and clergyman who served as Deputy Chaplain-General to the Forces, Archdeacon of York and chaplain to King George VI and Queen Elizabeth II. 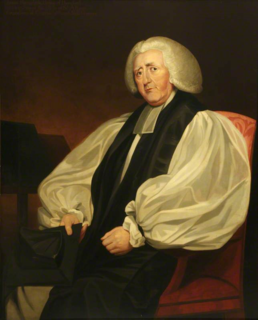 Lord James Beauclerk was an Anglican clergyman who served as the Bishop of Hereford from 1746 to 1787.

Benjamin George Burton Fox, was a British Anglican priest and military chaplain. He was Archdeacon of Wisbech in the Diocese of Ely from 1964 until his death.

William Bennet, of Marlborough, Wiltshire, was an English politician.

Colwell Brickenden was a Clergyman and Master of Pembroke College, Oxford.

William Walker was the Principal of New Inn Hall and the President of St John's College, Oxford.

Walter Dayrell was the Canon and Archdeacon of Winchester from 1666–1684.

Reverend Canon Walter Harte was a clergyman and Prebendary of Bath and Wells and was a principal pillar of the Nonjuring schism cause.

William Clement was an English priest.