William Hunter FRS (23 May 1718 – 30 March 1783) was a Scottish anatomist and physician. He was a leading teacher of anatomy, and the outstanding obstetrician of his day. His guidance and training of his equally famous brother, John Hunter, was also of great importance.

He was born at Long Calderwood – now a part of East Kilbride, South Lanarkshire – the elder brother of John Hunter. After studying divinity at the University of Glasgow, he went into medicine in 1737, studying under William Cullen.

Arriving in London, Hunter became resident pupil to William Smellie (1741–44) and he was trained in anatomy at St George's Hospital, London, specialising in obstetrics. He followed the example of Smellie in giving a private course on dissecting, operative procedures and bandaging, from 1746. His courtly manners and sensible judgement helped him to advance until he became the leading obstetric consultant of London. Unlike Smellie, he did not favour the use of forceps in delivery. Stephen Paget said of him:

"He never married; he had no country house; he looks, in his portraits, a fastidious, fine gentleman; but he worked till he dropped and he lectured when he was dying." [1]

To orthopaedic surgeons he is famous for his studies on bone and cartilage. In 1743 he published the paper On the structure and diseases of articulating cartilages – which is often cited – especially the following sentence: "If we consult the standard Chirurgical Writers from Hippocrates down to the present Age, we shall find, that an ulcerated Cartilage is universally allowed to be a very troublesome Disease; that it admits of a Cure with more Difficulty than carious Bone; and that, when destroyed, it is not recovered". [2]

In 1764, he became physician to Queen Charlotte. He was elected a Fellow of the Royal Society in 1767 and Professor of Anatomy to the Royal Academy in 1768.

In 1768 he built the famous anatomy theatre and museum in Great Windmill Street, Soho, where the best British anatomists and surgeons of the period were trained. His greatest work was Anatomia uteri umani gravidi [The anatomy of the human gravid uterus exhibited in figures] (1774), with plates engraved by Rymsdyk (1730–90), [3] and published by the Baskerville Press. He chose as a model for clear, precise but schematic illustration of anatomic dissections the drawings by Leonardo da Vinci conserved in the Royal Collection at Windsor: Kenneth Clark considered him responsible for the Eighteenth-century rediscovery of Leonardo's drawings in England.[ citation needed ] He praised them highly in his lectures and planned to publish them with his own commentary, but never had the time for the project before his death. [4]

To aid his teaching of dissection, in 1775 Hunter commissioned sculptor Agostino Carlini to make a cast of the flayed but muscular corpse of a recently executed criminal, a smuggler. He was professor of anatomy at the Royal Academy of Arts in London from 1769 until 1772. [5] He was interested in arts, and had strong connections to the artistic world.

Around 1765 William Hunter started collecting widely across a range of themes beyond medicine and anatomy: books, manuscripts, prints, coins, shells, zoological specimens, and minerals. In several of these areas, he worked closely with specialists, such as Johan Christian Fabricius, and George Fordyce who used his collections as tools for new biological and chemical science. He bequeathed his collections, plus a large sum to build a museum, to the University of Glasgow. The collections survive today as the nucleus of the University of Glasgow's Hunterian Museum and Art Gallery, while his library and archives are now held in the University's library.

Hunter's coin collection was especially fine, and the Hunter Coin Cabinet in the Hunterian Museum is one of the world's great numismatic collections. According to the Preface of Catalogue of Greek Coins in the Hunterian Collection (Macdonald 1899), Hunter purchased many important collections, including those of Horace Walpole and the bibliophile Thomas Crofts. King George III even donated an Athenian gold piece.

When the famous book collection of Anthony Askew, the Bibliotheca Askeviana, was auctioned off upon Askew's death in 1774, Hunter purchased many significant volumes in the face of stiff competition from the British Museum.

He died in London in 1783, aged 64, and was buried at St James's, Piccadilly. A memorial to him lies in the church.

In 2010, the self-described historian [6] Don Shelton made some lurid claims about the methods by which Hunter, his brother John, and his teacher and competitor William Smellie might have obtained bodies for their anatomical work. In a non-peer-reviewed opinion piece in the Journal of the Royal Society of Medicine he suggested that the two physicians committed multiple murders of pregnant women in order to gain access to corpses for anatomical dissection and physiological experimentation. [7] He suggested that there was an inadequate match between supply and demand of pregnant corpses and that the two physicians must have commissioned many murders in order to carry out their work. [8] [9]

Shelton's comments attracted media publicity, but were heavily criticized on factual and methodological grounds by medical historians, who pointed out that in 1761, Peter Camper had indicated that figures "were not all from real life", [10] and very likely other methods than murder were available to obtain bodies of recently deceased pregnant women at that time. [11] Hunter also provided case histories for at least four of the subjects illustrated in The Anatomy of the Gravid Uterus Exhibited in Figures, published in 1774. [12] A recent review of Hunter's sources of anatomical specimens was published in 2015. [13]

Helen King indicated that the over-enthusiastic response of the media and the internet to Shelton's unreviewed speculations raised fresh questions about how medical history is generated, presented and evaluated in the media and, in particular, on the internet. [6] 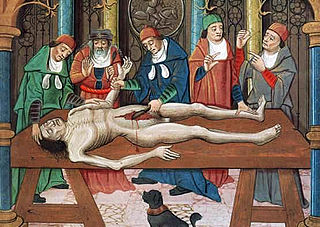 The history of anatomy extends from the earliest examinations of sacrificial victims to the sophisticated analyses of the body performed by modern scientists. The study of human anatomy can be traced back thousands of years, at least to the Egyptians, but the science of anatomy, as we know it today, did not develop until far later. The development of the study of anatomy gradually built upon concepts that were understood during the time of Galen and slowly became a part of the traditional medical curriculum. It has been characterized, over time, by a continually developing understanding of the functions of organs and structures in the body. 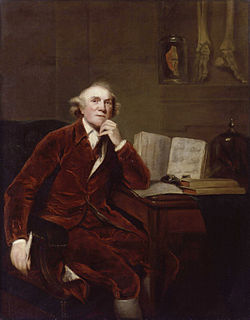 John Hunter was a Scottish surgeon, one of the most distinguished scientists and surgeons of his day. He was an early advocate of careful observation and scientific method in medicine. He was a teacher of, and collaborator with, Edward Jenner, pioneer of the smallpox vaccine. He is alleged to have paid for the stolen body of Charles Byrne, and proceeded to study and exhibit it against the deceased's explicit wishes. His wife, Anne Hunter, was a poet, some of whose poems were set to music by Joseph Haydn. 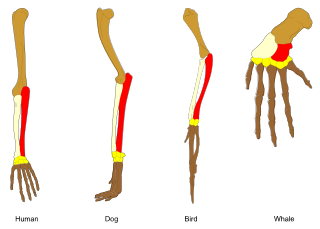 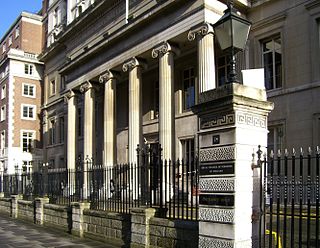 The University of Glasgow's museum dedicated to William Hunter is the oldest museum in Scotland. It covers the Hunterian Museum, the Hunterian Art Gallery, the Mackintosh House, the Zoology Museum and the Anatomy Museum, all located in various buildings on the main campus of the University in the west end of Glasgow.

Sir Charles Bell was a Scottish surgeon, anatomist, physiologist, neurologist, artist, and philosophical theologian. He is noted for discovering the difference between sensory nerves and motor nerves in the spinal cord. He is also noted for describing Bell's palsy. 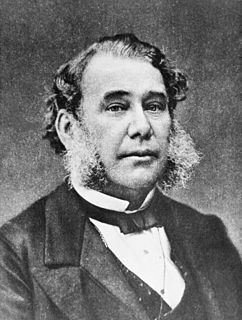 James Douglas was a Scottish physician and anatomist, and Physician Extraordinary to Queen Caroline. 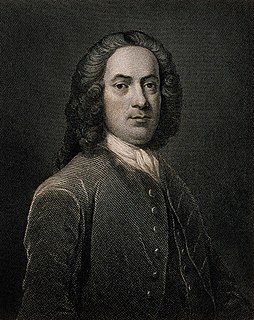 William Smellie was a Scottish obstetrician and medical instructor who practiced and taught primarily in London. One of the first prominent male midwives in Britain, he designed an improved version of the obstetrical forceps, established safer delivery practices, and through his teaching and writing helped make obstetrics more scientifically based. He is often called the "father of British midwifery". 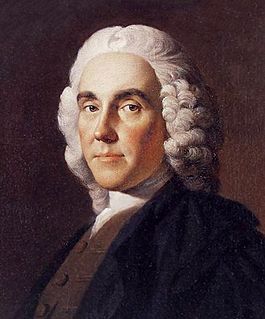 Matthew Baillie was a British physician and pathologist.

Charles Stewart was an English zoologist and comparative anatomist. He was elected a Fellow of the Royal Society on 4 June 1896, and he was the president of the Linnean Society from 1890 to 1894.

The Hunterian Society, founded in 1819 in honour of the Scottish surgeon John Hunter (1728–1793), is a society of physicians and dentists based in London.

The Hunterian Collection is one of the best-known collections of the University of Glasgow and is cared for by the Hunterian Museum and Art Gallery and Glasgow University Library. It contains 650 manuscripts and some 10,000 printed books, 30,000 coins and 15,000 anatomical and natural history specimens. The collection was originally assembled by the anatomist William Hunter.

The Hunterian Oration is a lecture of the Royal College of Surgeons of England. The oration was founded in 1813 by the executors of the will of pioneering surgeon John Hunter, his nephew Dr Matthew Baillie and his brother-in-law Sir Everard Home, who made a gift to the College to provide an annual oration and a dinner for Members of the Court of Assistants and others. In 1853, the oration and dinner became biennial; it is held on alternate years in rotation with the Bradshaw Lecture. It is delivered by a Fellow or Member of the college on 14 Feb, Hunter's birthday, "such oration to be expressive of the merits in comparative anatomy, physiology, and surgery, not only of John Hunter, but also of all persons, as should be from time to time deceased, whose labours have contributed to the improvement or extension of surgical science". The RCS Oration is not to be confused with the Hunterian Society Oration given at the Hunterian Society.

Sir Victor Ewings Negus, MS, FRCS was a British surgeon who specialised in laryngology and also made fundamental contributions to comparative anatomy with his work on the structure and evolution of the larynx. He was born and educated in London, studying at King's College School, then King's College London, followed by King's College Hospital. The final years of his medical training were interrupted by the First World War, during which he served with the Royal Army Medical Corps. After the war, he qualified as a surgeon and studied with laryngologists in France and the USA before resuming his career at King's College Hospital where he became a junior surgeon in 1924.

Prof Thomas Hastie Bryce LLD FRS FSA FRSE was a Scottish anatomist, medical author and archaeologist. He was Regius Professor of Anatomy at the University of Glasgow 1909 to 1935 and also Curator of the Hunterian Museum in Glasgow. He is primarily remembered for his work on human embryology and comparative anatomy. His students referred to him as Tommy Bryce