William Jackson, also known as Action Jackson (December 13, 1920 – August 11, 1961) was an enforcer and loan collector for the Chicago Outfit. He earned his nickname of "Action" because it was slang for "Juice Man", which meant debt-collector. He was tortured to death by his fellow gangsters, allegedly on suspicion that he had become an informant for the FBI.

Chicago police described Jackson as "a man with the body of a giant and the brain of a child", who was known in syndicate circles as a mob "juice" collector who specialized in pain for delinquent customers. In 1941 he was arrested in Green Bay, Wisconsin, for assault and robbery. In 1947, he was arrested and charged with rape, but was not convicted. In 1949, he was arrested and sentenced to four to eight years in prison for robbery. In 1953, he was paroled and became a muscle man for gangsters in Chicago.

In 1961, Jackson was arrested along with five others at a warehouse as they were unloading $70,000 worth of electrical appliances from a stolen truck. While the others tried to escape, Jackson stood still because he was too fat to run. Agents learned that Jackson was a "juice" collector for Sam DeStefano.

In 1960, FBI agent Bill Roemer asked Jackson to become an informant for the FBI. Being a loyal member of the Outfit, Jackson declined.

Nonetheless, in 1961 Jackson was so accused. According to sources, he was kidnapped and taken to a meat-rendering plant on Chicago's South Side, where he was tortured by Outfit gangsters. It is suspected that his killers took Jackson there at gunpoint, where he was tortured and killed in what is known as one of the most brutal gangland killings in American history.

When police found the almost naked body of Jackson, he was face forward with rope marks on his wrists and feet. He had many cuts and burns all over his body, his chest had been crushed and he had a hole in his right ear from some type of sharp object.

Jackson was impaled through his rectum with a meat hook, hanging a foot in the air, while being questioned by mob enforcers. Jackson kept insisting he was not an informer but his torturers did not believe him. They stripped him naked, smashed his kneecaps with a bat, one of them shot him with a gun, broke his ribs, stuck him with sharp objects, used a cattle prod on his penis and anus making him evacuate his bowels, burned parts of his body with a blow torch, and told him how they were going to kill his wife and children if he did not confess. Then they left him for three days until he finally succumbed to his wounds.

Jackson's body was found on August 12, 1961 in the trunk of his own car, which had been abandoned on Lower Wacker Drive in Chicago. [1]

According to Gus Russo, author of The Outfit, there were Mob insiders who believed Jackson was killed for raping an imprisoned Mob-connected burglar's wife. Russo also states that Mrs. Humphreys, wife of Outfit fixer Murray "The Camel" Humphreys, asserted the conversation where the government learned about Jackson's fate was staged by mobsters who were aware that the government had planted a microphone. These possibilities have not been verified. [2] [3] [4] [5]

Jackson's death is named and shown near the beginning of the semi-biographical movie on Lee Harvey Oswald assassin Jack Ruby named Ruby . He is portrayed by Frank Orsatti in the film. [6] 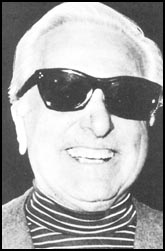 John"Handsome Johnny"Roselli, sometimes spelled Rosselli, was an influential mobster for the Chicago Outfit who helped that organization control Hollywood and the Las Vegas Strip. In the early 1960s, Roselli was recruited by the Central Intelligence Agency (CIA) in a plot to assassinate Cuban leader Fidel Castro. 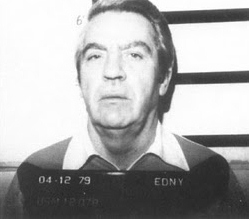 James Burke, also known as "Jimmy the Gent," was an Irish American gangster and Lucchese crime family associate who is believed to have organized the 1978 Lufthansa heist, the largest cash robbery in American history at the time. He is believed responsible for the deaths of those involved in the months following the robbery.

Thomas James DeSimone was an Italian-American mobster associated with New York City's Lucchese crime family who is alleged to have participated in both the Air France robbery and the Lufthansa heist. He also committed numerous murders, including killing William Bentvena in 1970. DeSimone went missing and was presumably murdered in 1979. 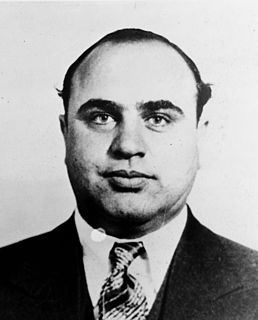 Henry Hill Jr. was an American mobster who was associated with the Lucchese crime family of New York City from 1955 until 1980, when he was arrested on narcotics charges and became an FBI informant. Hill testified against his former Mafia associates, resulting in fifty convictions, including those of caporegime (captain) Paul Vario and James Burke on multiple charges. He subsequently entered the Witness Protection Program, but was removed from the program in the early 1990s.

William F. Roemer Jr. was an FBI agent for 30 years. He is known for his battle against organized crime and being the most highly decorated agent in FBI history. After retirement he became a private attorney for businesses being muscled by the mob. He was the author of several books, including biographies on mobsters Tony "The Ant" Spilotro and Tony "Joe Batters" Accardo. Throughout his career, he encountered and dealt with Felix "Milwaukee Phil" Alderisio, Gus Alex, Jackie "The Lackey" Cerone, Sam "Mooney" Giancana, Murray "The Camel" Humphreys, "Mad" Sam DeStefano, Joseph Bonanno, and Ralph Pierce, among others. Roemer died in 1996 of lung cancer, just two days before his 70th birthday.

Francis John Schweihs, aka "Frank the German", was an American gangster, who worked for The Outfit, the organized crime family of Chicago. At the time of his death, federal prosecutors planned to indict him for numerous crimes, including murder. It is believed he had participated in, or had knowledge of, many murders going back decades, including brothers Anthony "Tony the Ant" Spilotro and Michael Spilotro, Allen Dorfman of the Teamsters Union, a disgraced Chicago cop, Outfit associate and informant Dick Cain, Outfit boss Salvatore "Sam," "Mooney" Giancana, loanshark Sam "Mad Sam" DeStefano, Outfit hitman Charles "Chuckie" Nicoletti and others. 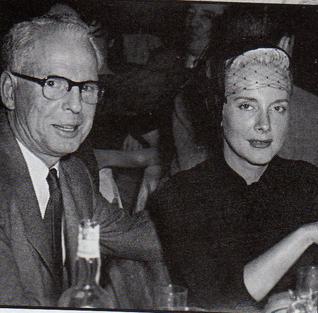 Murray Humphreys, was a Chicago mobster of Welsh descent who was the chief political and labor racketeer in the Chicago Outfit during Prohibition. Considered to be a ruthless but clever man, Humphreys believed in killing only as a last resort as he was known to place great trust in the corruptibility of authority figures; a favorite maxim of his was: "The difference between guilt and innocence in any court is who gets to the judge first with the most". But perhaps the statement that best summed up Humphreys' philosophy of life was: "Any time you become weak, you might as well die". Al Capone said of him, "Anybody can use a gun. 'The Hump' can shoot if he has to, but he likes to negotiate with cash when he can". 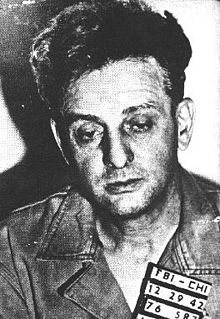 William Daddano Sr., also known as "William Russo" and "Willie Potatoes," was a top enforcer and loan shark for the Chicago Outfit and a participant in some high-profile robberies.

Samuel "Mad Sam" DeStefano was an Italian-American gangster who became one of the Chicago Outfit's most notorious loan sharks and sociopathic killers. Chicago-based Federal Bureau of Investigation (FBI) agents, such as William F. Roemer, Jr., considered DeStefano to be the worst torture-murderer in the history of the United States. The Outfit used the mentally unstable and sadistic DeStefano for the torture-murders of Leo Foreman and Arthur Adler, the murder of DeStefano's younger brother, Michael DeStefano, and many others. However, due to DeStefano's deranged mental state, the Outfit never let him become a made man. At least one Outfit insider, Charles Crimaldi, claimed DeStefano was a devil worshipper.

Aladena James "Jimmy" Fratianno, also known as "Jimmy the Weasel", was an Italian-born American mobster who was acting boss of the Los Angeles crime family. After his arrest in 1977, Fratianno become an informant and entered the Witness Protection Program in 1980. He admitted to having killed five people. Later in life, he became a writer.

Alberto and Vito Agueci, also known as the Agueci brothers, were Sicilian mafiosi who were involved in the French Connection heroin smuggling ring from Europe into the United States and Canada during the late 1950s and early 1960s, closely connected to Hamilton, Ontario mobster Johnny Papalia and the Buffalo crime family.

James T. Licavoli, also known as "Jack White" or "Blackie", was an American mobster based in Cleveland, Ohio, and one of the earliest organized crime figures to be convicted under the Racketeer Influenced and Corrupt Organizations Act.

Samuel Mooney Giancana was an American mobster who was boss of the Chicago Outfit from 1957 to 1966.