In early 1611, James had custody of Arbella Stuart, with the intention of the King to take her north to Durham. In the event, Arbella was moved from Lambeth to be confined at Barnet, while the bishop travelled north leaving Sir James Croft in charge, and for health reasons did not follow, being moved to East Barnet. [5] When Arbella and her husband William Seymour, 2nd Duke of Somerset, (who was in the Tower of London) made simultaneous but badly coordinated escapes on 3 June 1611, she simply walked free. [6] 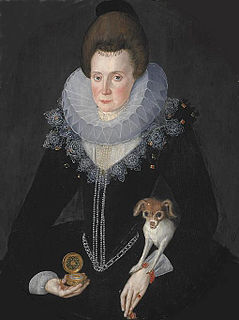 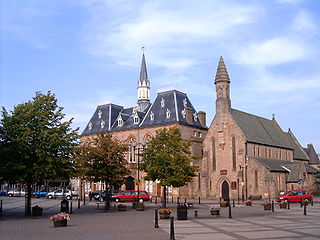 Bishop Auckland is a market town and civil parish at the River Gaunless's source at a confluence of the River Wear in County Durham, northern England. It is 12 miles (19 km) from both northwest of Darlington and southwest of Durham. 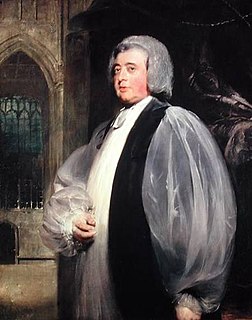 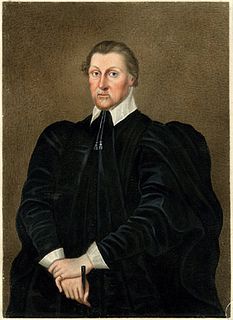 Bishop Richard Corbet was an English clergyman who rose to be a bishop in the Church of England. He is also remembered as a humorist and as a poet, although his work was not published until after his death. 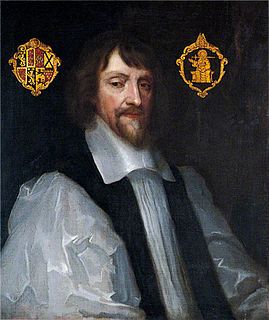 Herbert Hensley Henson was an Anglican priest, bishop, scholar and controversialist. He was Bishop of Hereford from 1918 to 1920 and Bishop of Durham from 1920 to 1939. 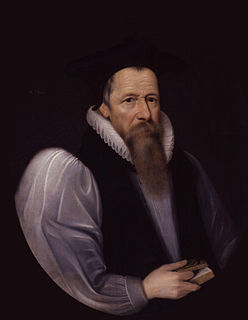 Sir Henry Lee KG, of Ditchley, was Queen's Champion and Master of the Armouries under Queen Elizabeth I of England.

Bridget Chaworth, later Bridget Carr, was a gentlewoman of the Privy Chamber to Elizabeth I and Queen Anne.