William John Greenstreet (1861–1930) was an English mathematician who was editor of The Mathematical Gazette for more than thirty years. [1]

Greenstreet was son of a Royal Artillery's Sergeant. He was educated at Southwark and he entered St John's College, Cambridge in 1879, graduating there in 1883. Then he was mathematics professor in different schools in Framlingham, East Riding and Cardiff before he became Head Master at Marling School in 1891. In 1910 he retired to Burghfield Common with the intention of devoting to literary work. [2]

Greenstreet was founding member of the Mathematical Association [ dubious – discuss ] and he started the Association's Library given a large collection of books. [3]

George Francis Rayner Ellis, FRS, Hon. FRSSAf, is the emeritus distinguished professor of complex systems in the Department of Mathematics and Applied Mathematics at the University of Cape Town in South Africa. He co-authored The Large Scale Structure of Space-Time with University of Cambridge physicist Stephen Hawking, published in 1973, and is considered one of the world's leading theorists in cosmology. From 1989 to 1992 he served as president of the International Society on General Relativity and Gravitation. He is a past president of the International Society for Science and Religion. He is an A-rated researcher with the NRF.

In the field of dialectology, a diasystem or polylectal grammar is a linguistic analysis set up to encode or represent a range of related varieties in a way that displays their structural differences. 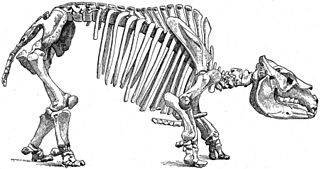 Notoungulata is an extinct order of mammalian ungulates that inhabited South America during the Paleocene to the Holocene, living from approximately 57 Ma to 11,000 years ago. Notoungulates were morphologically diverse, with forms resembling animals as disparate as rabbits and rhinoceroses. Notoungula were the dominant group of ungulates in South America during the Paleogene and early Neogene. Their diversity declined during the Late Neogene, with only the large toxodontids persisting until the end of the Pleistocene. Several groups of Notoungulates separately evolved ever growing teeth like rodents and lagomorphs, a distinction among ungulates only shared with Elasmotherium.

Dromomania was a historical psychiatric diagnosis whose primary symptom was uncontrollable urge to walk or wander. Dromomania has also been referred to as travelling fugue. Non-clinically, the term has come to be used to describe a desire for frequent traveling or wanderlust.

The term Hystricomorpha has had many definitions throughout its history. In the broadest sense, it refers to any rodent with a hystricomorphous zygomasseteric system. This includes the Hystricognathi, Ctenodactylidae, Anomaluridae, and Pedetidae. Molecular and morphological results suggest the inclusion of the Anomaluridae and Pedetidae in Hystricomorpha may be suspect. Based on Carleton & Musser 2005, these two families are treated here as representing a distinct suborder Anomaluromorpha.

Meridiungulata is an extinct clade with the rank of cohort or superorder, containing the South American ungulates Pyrotheria, Astrapotheria, Notoungulata and Litopterna. It is not known if it is a natural group; it is known that both Litopterna and Notoungulata form a clade based on collagen evidence, but the placement of the other members is uncertain. it was erected to distinguish the ungulates of South America from other ungulates. Relationships between the orders inside Meridiungulata remain unresolved and it could well be a "wastebasket taxon". Most Meridiungulata died out following the invasion of South America by North American ungulates and predators during the Great American Interchange, but a few of the largest species of notoungulates and litopterns survived until the end-Pleistocene extinctions. The notoungulate Mixotoxodon was able to invade North America to as far as present-day Texas. 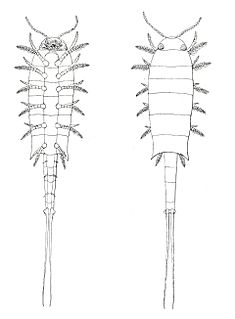 Euthycarcinoidea are an enigmatic group of extinct possibly amphibious arthropods that ranged from Cambrian to Triassic times. Fossils are known from Europe, North America, Argentina, Australia and Antarctica.

Maghrebis or Maghrebians(Berber: ⵎⴰⴳⵕⵉⴱⵉ, Arabic: مغاربيون‎; is a modern Arabic term meaning "Westerners", mainly referring to the western part of the Muslim world) are the inhabitants of Maghreb region, the westernmost part of North Africa. Maghrebis were known in medieval times as Roman Africans or Moors. The term Moor is derived from Mauri, the Roman name for the Berbers of Mauretania, land of the Moors, the Roman name for the western part of the Maghreb. The vast majority of Maghrebis are Berbers, Arabized Berbers and Arab-Berbers. The Berbers are native to the region and synonymous with the term in older and historiographical literature.

The Mathematical Gazette is an academic journal of mathematics education, published three times yearly, that publishes "articles about the teaching and learning of mathematics with a focus on the 15–20 age range and expositions of attractive areas of mathematics."

Jane Jebb Mansbridge is an American political scientist. She is the Charles F. Adams Professor of Political Leadership and Democratic Values in the Kennedy School of Government at Harvard University.

Tali Mendelberg is the John Work Garrett Professor in Politics at Princeton University, and winner of the American Political Science Association (APSA), 2002 Woodrow Wilson Foundation Book Award for her book, The Race Card: Campaign Strategy, Implicit Messages, and the Norm of Equality.

Winifred Lydia Caunden Sargent was an English mathematician. She studied at Newnham College, Cambridge and carried out research into Lebesgue integration, fractional integration and differentiation and the properties of BK-spaces.

Peter Goldblatt is a South African botanist, working principally in the United States. 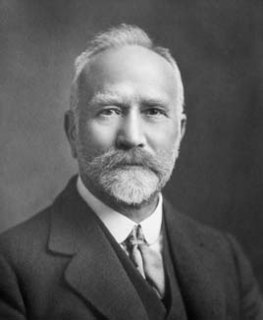 Andrew Jeffrey Gunion Barclay (1849–1943) was a Scottish mathematician, known for being one of the founders of the Edinburgh Mathematical Society.

Herbert Ellsworth Slaught (1861–1937) was an American mathematician who was president of the Mathematical Association of America and editor of the journal American Mathematical Monthly.