Kininmonth was born in Forfar, Angus. He was educated at Dunfermline High School and later, George Watson's College in Edinburgh. His first architectural training was with William Thomson of Leith, where he was articled. From 1925 to 1929 he also attended classes at Edinburgh College of Art under John Begg, where he first met Basil Spence, then a fellow student.

With Spence, Kininmonth spent a year as an assistant in the office of Sir Edwin Lutyens in London, working on designs for the Viceroy's House in New Delhi, and attending evening classes at The Bartlett under Albert Richardson. Returning to Edinburgh, Kininmonth took a teaching post at Edinburgh College of Art, becoming a senior lecturer in 1939. In 1931, Kininmonth set up in practice with Basil Spence, working from a single room in the office of Rowand Anderson & Paul in Edinburgh. Kininmonth & Spence executed several commissions for private houses in Edinburgh, including the former's own modernist house at 46a Dick Place, The Grange (1933). In 1934 Kininmonth and Spence was merged with the Rowand Anderson practice, forming Rowand Anderson & Paul & Partners. When Arthur Balfour Paul died in 1938, Kininmonth and Spence became sole partners. In 1942 he was called up for military service, and served with the Royal Engineers in North Africa and Italy.

After the war, Basil Spence set up his own practice, while Kininmonth continued the renamed Rowand Anderson Kininmonth & Paul.

Kininmonth was knighted in 1972, and awarded an honorary degree by the University of Dundee in 1975. During his apprenticeship Kininmonth lived in a house of his own design: 46a Dick Place, The Grange, Edinburgh. He was married to the artist Caroline Kininmonth. [1]

Examples of Kininmonth's work in Edinburgh: 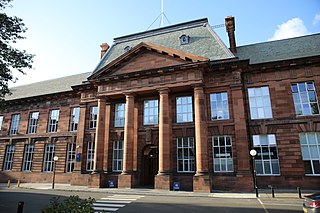 Robert William Billings was a British architect and author. He trained as a topographical draughtsman, wrote and illustrated many books early in his career, before concentrating on his architectural practice.

Thomas Smith Tait was a Scottish modernist architect. He designed a number of buildings around the world in Art Deco and Streamline Moderne styles, notably St. Andrew's House on Calton Hill, Edinburgh, and the pylons for Sydney Harbour Bridge. 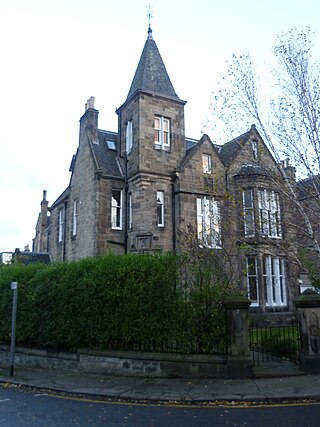 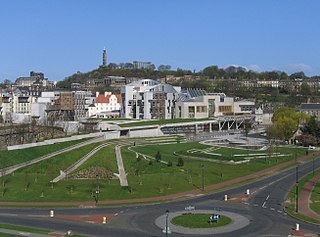 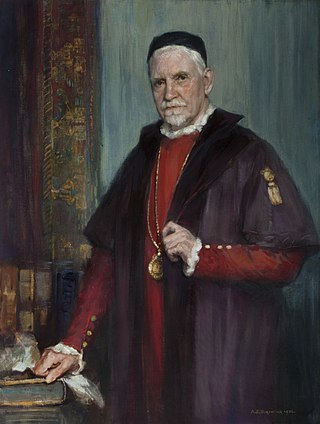 Sir George Washington Browne was a Scottish architect. He was born in Glasgow, and trained there and in London. He spent most of his career in Edinburgh, although his work can be found throughout Scotland and beyond. He was involved in nearly 300 projects, including many public and commercial buildings. One of his most notable buildings is Edinburgh's Central Library, and he became recognised as an authority on library planning and design. He came to national attention after winning a competition to design a bridge over the River Thames in London, although this was never realised. He was the first architect to be elected as President of the Royal Scottish Academy. He also served as President of the Edinburgh Architectural Association, and was instrumental in setting up the Royal Fine Art Commission for Scotland. 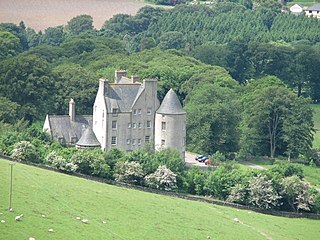 Broughton Place is a historic house in the village of Broughton, Scottish Borders. It was designed by Basil Spence in the style of a 17th-century Scottish Baronial tower house. 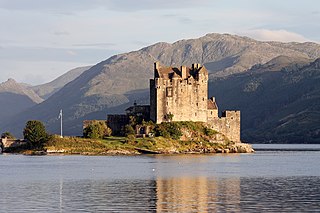 John Wilson OBE FRSE FRIBA FISA (1877–1959) was a 20th-century Scottish architect who influenced the design of state-subsidised local authority housing in Scotland after 1917 and as Chief Architect advised the Scottish Department of Health on hospital design.

Lady Caroline Kininmonth (1907-1978) was a British artist, known for her paintings of flowers and landscapes in both oil and watercolours.

Bellevue is a district of Edinburgh, the capital of Scotland. It lies to the south east of Canonmills, west of Leith Walk and south of Leith, incorporating the easternmost extent of Edinburgh's New Town UNESCO heritage site. The area was formerly open fields which became the second and penultimate location of the Royal Botanic Garden in 1763 .