William Lygon, 7th Earl Beauchamp, KG , KCMG , CB , KStJ , PC (20 February 1872 – 14 November 1938), styled Viscount Elmley until 1891, was a British Liberal politician. He was Governor of New South Wales between 1899 and 1901, a member of the Liberal administrations of Sir Henry Campbell-Bannerman and H. H. Asquith between 1905 and 1915 and leader of the Liberal Party in the House of Lords between 1924 and 1931. When political enemies threatened to make public his homosexuality he resigned from office to go into exile. Lord Beauchamp is often assumed to be the model for the character Lord Marchmain in Evelyn Waugh's novel Brideshead Revisited .

Beauchamp was the eldest son of Frederick Lygon, 6th Earl Beauchamp, by his first wife, Lady Mary Catherine, daughter of Philip Stanhope, 5th Earl Stanhope. [1] He was educated at Eton College and Christ Church, University of Oxford, where he showed an interest in evangelism, joining the Christian Social Union. [2] [3]

Beauchamp succeeded his father in the earldom in 1891 at the age of 18, and was mayor of Worcester between 1895 and 1896. [1] A progressive in his ideas, he was surprised to be offered the post of Governor of New South Wales in May 1899. Though he was good at the job and enjoyed the company of local artists and writers, he was unpopular in the colony for a series of gaffes and misunderstandings, most notably over his reference to the 'birthstain' of Australia's convict origins. [2] His open association with the high church and Anglo-Catholicism caused increased perturbation in the Evangelical Council. [2]

In Sydney, William Carr Smith, rector of St James' Church was his chaplain. [4] Beauchamp returned to Britain in 1900, saying that his duties had failed to stimulate him.

In 1902, Beauchamp joined the Liberal Party and the same year he married Lady Lettice Mary Elizabeth Grosvenor, the daughter of Victor Grosvenor, Earl Grosvenor. [2] When the Liberals came to power under Henry Campbell-Bannerman in December 1905, Beauchamp was appointed Captain of the Honourable Corps of Gentlemen-at-Arms [5] and was sworn of the Privy Council in January 1906. [6] In July 1907, he became Lord Steward of the Household, [7] a post he retained when H. H. Asquith became Prime Minister in 1908. He entered the cabinet as Lord President of the Council in June 1910, [8] a post that he held until November of the same year, when he was appointed First Commissioner of Works. [9]

Identified with the radical wing of the Liberal Party, Beauchamp also chaired (in December 1913) the Central Land and Housing Council, which was designed to advance Lloyd George’s Land Campaign. [10] He was again Lord President of the Council from 1914 to 1915. [11] However, he was not a member of the coalition government formed by Asquith in May 1915. Lord Beauchamp never returned to ministerial office but was the Liberal leader in the House of Lords from 1924 to 1931, supporting the ailing party with his substantial fortune.[ citation needed ]

While serving in Parliament, Beauchamp also voiced his support for a range of progressive measures such as workmen's compensation, [12] an expansion in rural housing provision, an agricultural minimum wage, [13] improved safety standards [14] and reduced working hours for miners. [15]

He was made Lord Lieutenant of Gloucestershire in 1911, carried the Sword of State at the coronation of King George V, was made Lord Warden of the Cinque Ports in 1913 and a Knight of the Garter in 1914. He was also Chancellor of the University of London and a Six Master (Governor of RGS Worcester).

In June 1901, he received the honorary Doctor of Laws (LLD) from the University of Glasgow. [17]

In 1931, Lord Beauchamp was "outed" as homosexual. [18] Although Beauchamp's homosexuality was an open secret in parts of high society and one that his political opponents had refrained from using against him despite its illegality, Lady Beauchamp was oblivious to it and professed a confusion as to what homosexuality was when it was revealed. [3] At one stage she thought her husband was being accused of being a bugler. [19] He had numerous affairs at Madresfield and Walmer Castle, with his partners ranging from servants to socialites, including local men. [3]

In 1930, while on a trip to Australia, it became common knowledge in London society that one of the men escorting him, Robert Bernays, a member of the Liberal Party, was a lover. [3]

It was reported to King George V and Queen Mary by Beauchamp's Tory brother-in-law, the Duke of Westminster, who hoped to ruin the Liberal Party through Beauchamp, as well as Beauchamp personally due his private dislike of Beauchamp. [3] Homosexual practice was a criminal offence at the time, and the King was horrified, rumoured to have said, "I thought men like that shot themselves". [3]

The King had a personal interest in the case, as his sons Henry and George had visited Madresfield in the past. George was then in a relationship with Beauchamp's daughter Mary, which was cut off by her father's outing. [3]

After sufficient evidence had been gathered by the Duke, Beauchamp was made an offer to separate from his wife Lettice (without a divorce), retire on a pretence and then leave the country. Beauchamp refused, and, shortly afterwards, the Countess Beauchamp obtained a divorce. [3] There was no public scandal, but Lord Beauchamp resigned all his offices except that of Lord Warden of the Cinque Ports and went into exile on the continent (fearing arrest if he did not), briefly contemplating suicide. [3]

Following his departure for the continent, his brother-in-law sent him a note which read. "Dear Bugger-in-law, you got what you deserved. Yours, Westminster." [20]

Lord Beauchamp is generally supposed to have been the model for Lord Marchmain in Evelyn Waugh's novel, Brideshead Revisited . They were both aristocrats in exile, though for different reasons. [21]

In his 1977 book, Homosexuals in History, historian A. L. Rowse suggests that Beauchamp's failed appointment as Governor of New South Wales was the inspiration for Hilaire Belloc's satirical children's poem, Lord Lundy, which has as its final line a command to Lord Lundy from his aged grandfather: "Go out and govern New South Wales!". Nevertheless, says Rowse, "Lord Lundy's chronic weakness was tears. This was not Lord Beauchamp's weakness: he enjoyed life, was always gay." [18]

Lord Beauchamp married at Eccleston, Cheshire, on 26 July 1902 Lady Lettice Grosvenor, daughter of Victor Grosvenor, Earl Grosvenor, and Lady Sibell Lumley, and granddaughter of the 1st Duke of Westminster. [22] They had three sons and four daughters:

Lady Beauchamp died in 1936, aged 59, estranged from all her children except her youngest child. [25] Lord Beauchamp died of cancer in New York City in 1938, aged 66. He was succeeded in the earldom by his eldest son, William.

Of the Earl's seven children, all but the second son Hugh (who was gay) married, but only two left issue. 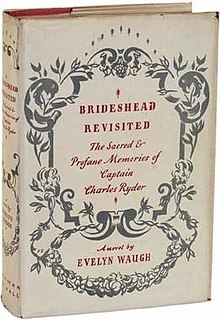 Brideshead Revisited, The Sacred & Profane Memories of Captain Charles Ryder is a novel by English writer Evelyn Waugh, first published in 1945. It follows, from the 1920s to the early 1940s, the life and romances of the protagonist Charles Ryder, including his friendship with the Flytes, a family of wealthy English Catholics who live in a palatial mansion called Brideshead Castle. Ryder has relationships with two of the Flytes: Sebastian and Julia. The novel explores themes including nostalgia for the age of English aristocracy, Catholicism, and the nearly overt homosexuality of Sebastian Flyte's coterie at Oxford University. A faithful and well-received television adaptation of the novel was produced in an 11-part miniseries by Granada Television in 1981. 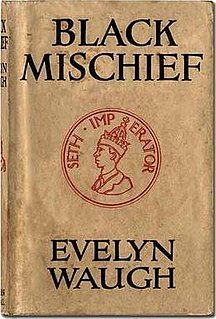 Black Mischief was Evelyn Waugh's third novel, published in 1932. The novel chronicles the efforts of the English-educated Emperor Seth, assisted by a fellow Oxford graduate, Basil Seal, to modernize his Empire, the fictional African island of Azania, located in the Indian Ocean off the eastern coast of Africa. 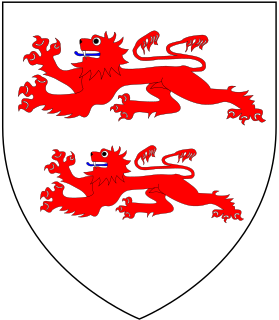 Earl Beauchamp was a title in the Peerage of the United Kingdom. It was created in 1815 for William Lygon, 1st Baron Beauchamp, along with the subsidiary title Viscount Elmley, in the County of Worcester. He had already been created Baron Beauchamp of Powyke in the County of Worcester, in 1806, also in the Peerage of the United Kingdom. Lord Beauchamp had previously represented Worcestershire in the House of Commons. He was succeeded by his eldest son, the second Earl. He also sat as Member of Parliament for Worcestershire. He never married and was succeeded by his younger brother, the third Earl. In 1813 he assumed by Royal licence the surname of Pyndar in lieu of Lygon. On his death in 1853 the titles passed to his younger brother, the fourth Earl. He was a General in the Army as well as a Member of Parliament. 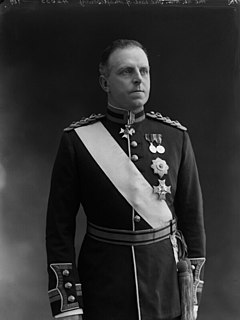 Hugh Richard Arthur Grosvenor, 2nd Duke of Westminster, was a British landowner and one of the wealthiest men in the world. 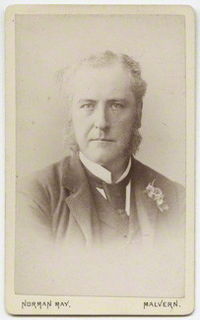 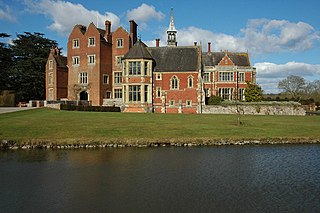 Madresfield Court is a country house in Malvern, Worcestershire, England. The home of the Lygon family for nearly six centuries, it has never been sold and has passed only by inheritance since the 12th century; a line of unbroken family ownership reputedly only exceeded in length in England by homes owned by the British Royal Family. The present building is largely a Victorian reconstruction, although the origins of the present house are from the 16th century, and the site has been occupied since Anglo-Saxon times. The novelist Evelyn Waugh was a frequent visitor to the house and based the family of Marchmain, who are central to his novel Brideshead Revisited, on the Lygons. Surrounded by a moat, the Court is a Grade I listed building. 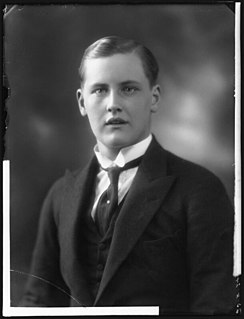 Hugh Patrick Lygon was the second son of William Lygon, 7th Earl Beauchamp, and is often believed to be the inspiration for Lord Sebastian Flyte in Evelyn Waugh's Brideshead Revisited. He was a friend of Waugh's at Oxford, where both were members of the Hypocrites' Club, along with their contemporary Murray Andrew McLean and the Plunket Greene's brothers, Richard and David. David Plunket Greene was a good friend of Hugh Lygon.

William Beauchamp Lygon, 2nd Earl Beauchamp FRS, styled The Honourable William Lygon between 1806 and 1815 and Viscount Elmley between 1815 and 1816, was a British politician.

William Lygon, 1st Earl Beauchamp, known as Lord Beauchamp of Powyke between 1806 and 1815, was a British politician.

Lady Mary Lygon, known as Maimie, was a British aristocrat and Russian princess by marriage.

Jane Mulvagh is an Irish-born journalist and social historian, specialising in British history. She is best known for her history of Madresfield Court, the English country house upon which Evelyn Waugh based his novel Brideshead Revisited. 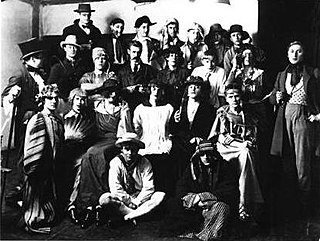 The Hypocrites' Club was one of the student clubs at Oxford University in England. Its motto in Greek, from an Olympian Ode by Pindar, was Water is best. This led to the members being called Hypocrites, due to the fact that beer, wine and spirits were indeed the chosen drinks.

Lady Lettice Lygon was a member of the Bright Young Things.

Lady Sibell Lygon was an English socialite, part of the Bright Young Things. 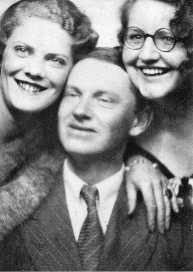 Lady Dorothy Lygon was an English socialite, part of the Bright Young Things.