William Forsythe McCreary (5 May 1855 –4 May 1904) [1] was a Canadian politician and lawyer. McCreary served as an alderman and the 16th Mayor of Winnipeg and as a Member of the House of Commons of Canada.

McCreary was a lawyer who moved to Manitoba in 1881 where he became a Winnipeg alderman in 1883. He held that city post again in 1884 and 1886 and after a nine-year gap became the city's Mayor for 1897. [1] He also became Commissioner of Immigration that year,noted for his assistance with providing Doukhobors with food supplies in 1898 as they settled in Western Canada. [2]

McCreary was elected to the House of Commons of Canada under the Liberal party in the 1900 federal election at Selkirk electoral district. He served most of his term in the 9th Canadian Parliament until his sudden death at Ottawa's Russell House Hotel on 4 May 1904. A doctor and coroner examining his body concluded that McCreary died of heart disease early that morning. He indicated to some colleagues the previous evening that he was experiencing chest pains,following his attendance in Parliament. [3]

The City of Winnipeg named McCreary Road in his honour. [4] The Rural Municipality of McCreary is also named after him. [1] 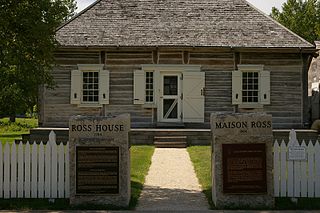 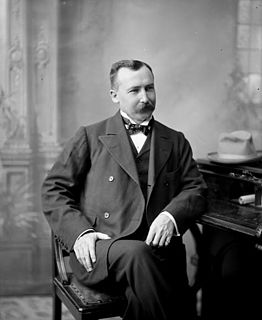 William Sanford Evans was a Manitoba politician. Between 1933 and 1936,he was the leader of that province's Conservative Party caucus. 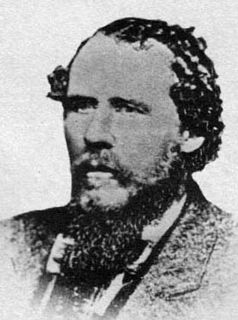 Francis Evans Cornish was a Canadian politician. He served as Mayor of London,Canada West,in the early 1860s,became the first Mayor of Winnipeg in 1874,and was for a time a member of the Legislative Assembly of Manitoba. 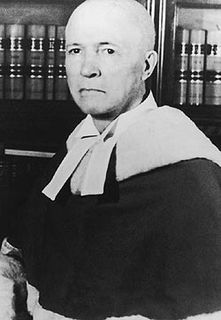 Albert Blellock Hudson was a politician,lawyer and judge from Manitoba,Canada. He served in the Legislative Assembly of Manitoba from 1914 to 1920 as a member of the Manitoba Liberal Party,and was a cabinet minister in the government of Tobias Norris. He later served in the House of Commons of Canada from 1921 to 1925,as a member of the Liberal Party of Canada. In 1936,Hudson was appointed to the Supreme Court of Canada. 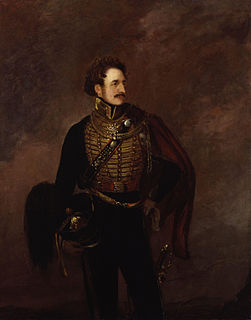 James McCrie Douglas was a politician in Alberta,Canada,a mayor of Edmonton,and a member of Parliament serving in the House of Commons of Canada from 1909 to 1921. 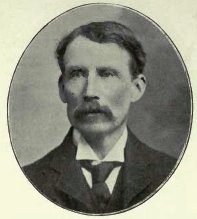 Samuel William "Sam" Jacobs,,was a Canadian lawyer,Member of Parliament and a leader of the Canadian Jewish community. For many years he was the only Jewish MP in the House of Commons of Canada. He was first elected from the Montreal riding of George-Étienne Cartier in the 1917 federal election as a Laurier Liberal and remained in parliament as a Liberal MP until his death in 1938. 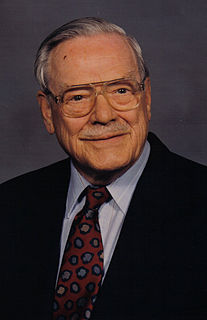 Gordon Campbell Chown was a Progressive Conservative member of the House of Commons of Canada. He was born in Winnipeg,Manitoba,the son of physician (Stanley) Gordon Chown and his wife Penelope Millen,and became a lawyer. 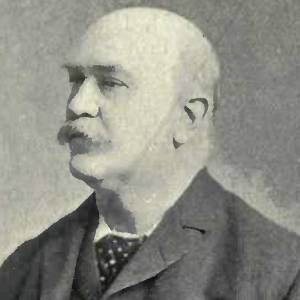 Richard Willis Jameson was a Canadian politician who served as an alderman and 15th Mayor of Winnipeg,and as a Member of the House of Commons of Canada.

Alfred Joseph Andrews was a Canadian politician serving as an alderman and the 17th Mayor of Winnipeg. 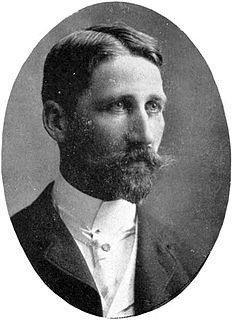 John Arbuthnot was a Canadian businessman and politician who served as an alderman and the 19th Mayor of Winnipeg. He was born in Grantham township,Lincoln County,Ontario.

Frank Oliver Fowler was a Canadian politician serving as a member of the Legislative Assembly of Manitoba,then in Winnipeg city politics as an alderman and subsequently as the 29th Mayor. 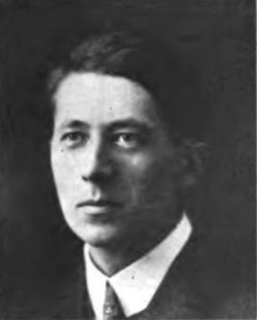 Hannes Marino Hannesson was a Member of Parliament for Manitoba and a lawyer.

John Power Howden was a Canadian Member of Parliament and physician.

William Walker Kennedy was a Manitoba politician and lawyer. 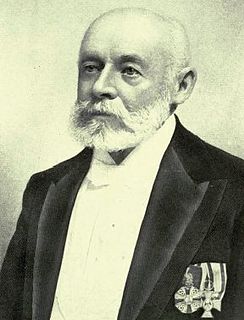 William Hespeler,born Wilhelm,was a German-Canadian businessman,immigration agent,and member of the Legislative Assembly of Manitoba. He served as Speaker of the Legislature and as honorary consul of Germany to Winnipeg and the Northwest Territories. He was awarded the Order of the Red Eagle for his services to Germany.