He was born at 125 Perth Road, a humble flat over shops in Dundee on 19 December 1903 the son of Thomas Murrie, a commercial traveller from Broughty Ferry and his wife, Catherine Stuart Burgh. He was educated at Harris Academy in west Dundee. [1]

He studied Classics first at Edinburgh University then at Balliol College, Oxford. He joined the Scottish Office as a civil servant in 1926 and was soon appointed Private Secretary to Sir Godfrey Collins. In 1935 he transferred to the Department of Health as Permanent Secretary (assisted by Norman Graham), where he prepared the plans for the evacuation of Scottish children in the run up to the Second World War. [2]

In 1944 he transferred from Edinburgh to London first as Under Secretary then as Deputy Secretary to the Cabinet Office. From 1948 to 1952 he served as Deputy to William Elias Newsam. [3]

Sir John William Elvidge KCB, FRSE is the former Permanent Secretary to the Scottish Government. He was appointed in July 2003, replacing Sir Muir Russell. He retired from the post in June 2010.

Arthur Berriedale Keith was a Scottish constitutional lawyer, scholar of Sanskrit and Indologist. He became Regius Professor of Sanskrit and Comparative Philology and Lecturer on the Constitution of the British Empire in the University of Edinburgh. He served in this role from 1914 to 1944.

(William) George Pottinger was a Scottish civil servant who was imprisoned for corruption in 1974 following the John Poulson trial.

The King's Birthday Honours 1934 were appointments in many of the Commonwealth realms of King George V to various orders and honours to reward and highlight good works by citizens of those countries. The appointments were made to celebrate the official birthday of The King. They were published on 4 June 1934.

The King's Birthday Honours 1929 were appointments by King George V to various orders and honours to reward and highlight good works by members of the British Empire. The appointments were made to celebrate the official birthday of The King. They were published on 3 June 1929.

Sir Charles Gibson Connell WS FRSE LLD FRZSS was a Scottish advocate and ornithologist. He was founder and President of the Scottish Wildlife Trust.

Sir Alexander Kemp Wright KBE DL LLD (1859–1933) was a Scottish banker mainly associated with the Royal Bank of Scotland but with multiple banking roles. He founded the National Savings Movement.

Sir Norman William Graham, FRSE (1913–2010) was a 20th century Scottish civil servant particularly remembered for his senior roles in the Scottish Education Department (SED). He was a major influence on Scottish health and education in the second half of the 20th century. 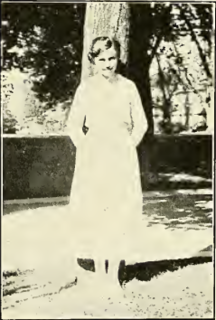 Eleanore Boswell was an American scholar of English literature specialising in the Elizabethan, Commonwealth and Restoration periods. She was a Guggenheim Fellow in the Humanities (1930) and a winner of the Rose Mary Crawshay Prize (1933).