William Louis Petersen (born February 21, 1953) is an American actor and producer. He is best known for his role as Gil Grissom in the CBS drama series CSI: Crime Scene Investigation (2000–2015), for which he won a Screen Actors Guild Award and was nominated for a Golden Globe Award; he was further nominated for three Primetime Emmy Awards as a producer of the show. [1] He will reprise his role as Gil Grissom in the sequel CSI: Vegas .

He graduated from Bishop Kelly High School in Boise, Idaho, in 1972. He was accepted to Idaho State University on a football scholarship. While at Idaho State, Petersen took an acting course, which changed the direction of his life. He left school [8] along with his wife, Joanne, in 1974, and followed a drama professor to the Basque country, where he studied as a Shakespearean actor. Petersen was interested in Basque culture: He studied the Basque language and gave his daughter the Basque name "Maite Nerea" ("My Beloved"); she was born in Arrasate/Mondragón in 1975. [9] Petersen returned to Idaho with the intention of being an actor. Not wanting to work a nonacting job in Idaho, he returned to the Chicago area, living with relatives. He became active in the theater and earned his Actors' Equity card. He performed with the Steppenwolf Theatre Company, of which he has been an ensemble member since 2008, [10] and was a co-founder of the Remains Theater Ensemble, [8] which also included other prominent Chicago actors Gary Cole and Ted Levine.[ citation needed ]

In 1985, Petersen received his first break when he played a Secret Service agent gone rogue to avenge his mentor in William Friedkin's 1985 action film To Live and Die in L.A. [11] In 1986, he played FBI agent Will Graham in the first Hannibal Lecter film, Manhunter . [12] Because his role was so emotionally exhausting, he did everything he could to rid himself of Graham after finishing principal photography. He shaved off his beard, cut his hair, and bleached it blond. He also claims to have done this because, while rehearsing for a play in Chicago, his dialogue was always coming out like Graham's; he dyed his hair so he could look in the mirror and see a different person. [13]

He declined a part in Oliver Stone's Platoon , as it would have kept him in the Philippines, away from his family. Instead, he worked on the 1987 HBO made-for-TV movie Long Gone as a minor league baseball player and manager named Cecil "Stud" Cantrell. [14] Petersen was offered the role of Henry Hill in the film Goodfellas , but turned it down. An exposé about the film in the May 2015 issue of Playboy claims that Petersen turned down the audition altogether. [15] In a 1990 ABC three-part miniseries, The Kennedys of Massachusetts , Petersen played U.S. President John F. Kennedy's father, Ambassador Joseph P. Kennedy. [16] The film won an Emmy and a Golden Globe from eight and two nominations, respectively. Also in 1990, Petersen portrayed the infamous Patrick Floyd "Pat" Garrett in Young Guns II . [17]

In 1993, Petersen appeared in a CBS TV miniseries, Return to Lonesome Dove , as former Ranger Gideon Walker. [18] He played Steven Walker, a father who stops at nothing to break up the relationship between his daughter and her vicious boyfriend in Fear (1996). [19] Petersen played Governor Jack Hathaway, an unscrupulous candidate for vice president following the death of the incumbent, in The Contender in 2000. [20]

From 2000 to 2010, he played Dr. Gil Grissom in the CBS crime drama CSI: Crime Scene Investigation . Petersen took a break from CSI in 2006 to appear in a five-week run of the Trinity Repertory Company production of Dublin Carol by Conor McPherson, in Providence, Rhode Island. [24] Petersen renewed his contract with CBS to appear on CSI for the 2008–09 season, reportedly for $600,000 per episode. [25] On July 15, 2008, the Associated Press reported that Petersen was leaving the show as a regular following Season 9's tenth episode in order to pursue more stage-acting opportunities, but that he might return for guest spots. [26] He remained an executive producer of the show. [26] He reprised his role of Gil Grissom in the eleventh-season episode "The Two Mrs. Grissoms" (aired February 3, 2011). He came back in 2015 as a guest in the series finale, "Immortality."

In February 2020, Petersen announced to return for a CSI sequel series along with Jorja Fox, before the series was picked up as CSI: Vegas .

In 1975, Petersen and his wife Joanne Brady welcomed a daughter, Maite. In June 2003, Petersen married longtime girlfriend Gina Cirone. He has two grandsons, Mazrik William (born October 2003) and Indigo August (born August 2009). He is an avid Chicago Cubs fan. In 2004, he described to Playboy a near-death experience he had in the 1980s which gave him "assurance" that there is an afterlife. [27]

Petersen was rushed to the hospital by ambulance after falling mysteriously ill on the set of CSI: Vegas . The cause of his mysterious illness was due to exhaustion. He is now out of the hospital and his condition is improving and is recovering from the illness. [29]

Gary Alan Sinise is an American actor. Among other awards, he has won a Primetime Emmy Award, a Golden Globe Award, a Tony Award, received a star on the Hollywood Walk of Fame and was nominated for an Academy Award. 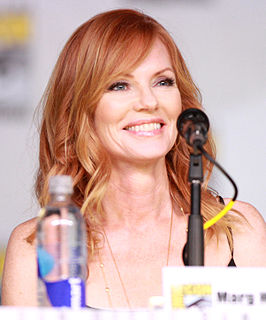 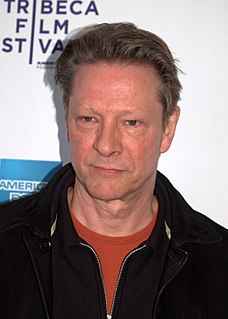 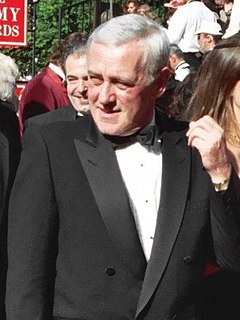 Charles John Mahoney was an English-born American actor. He is known for playing Martin Crane on the critically acclaimed NBC sitcom Frasier (1993–2004), and won a Screen Actors Guild Award for the role in 2000.

Manhunter is a 1986 American neo-noir psychological thriller film written and directed by Michael Mann and based on the 1981 novel Red Dragon by Thomas Harris; it stars William Petersen as FBI profiler Will Graham. Also featured are Tom Noonan as serial killer Francis Dollarhyde, Dennis Farina as Graham's FBI superior Jack Crawford, and Brian Cox as incarcerated killer Hannibal Lecktor. The film focuses on Graham coming out of retirement to lend his talents to an investigation on Dollarhyde, a killer known as the Tooth Fairy. In doing so, he must confront the demons of his past and meet with Lecktor, who nearly counted Graham among his victims.

William Gaither Crudup is an American actor. He is a four-time Tony Award nominee, winning once for his performance in Tom Stoppard's play The Coast of Utopia in 2007. He has starred in numerous high-profile films, including Without Limits, Princess Mononoke, Almost Famous, Big Fish, Mission: Impossible III, Watchmen, Public Enemies, Spotlight, Jackie, The Stanford Prison Experiment, Justice League, and Alien: Covenant, in both lead and supporting roles. He has been nominated for an Independent Spirit Award for Best Male Lead for his performance in Jesus' Son, and received two Screen Actors Guild Award nominations as part of an ensemble cast for Almost Famous and Spotlight, winning for the latter. 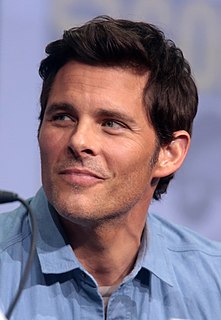 Gilbert Arthur Grissom, Ph.D. is a fictional character portrayed by William Petersen on the CBS crime drama CSI: Crime Scene Investigation and its sequel, CSI: Vegas. Grissom is a forensic entomologist and, for the series' first nine seasons, a CSI Level III Supervisor employed by the Las Vegas Police Department. He appeared in 198 episodes of the original series, where he was succeeded by Raymond Langston and later D.B. Russell. Grissom will return in the CSI: Vegas sequel in 2021.

Jim True-Frost is an American stage, television and screen actor. He is most known for his portrayal of Roland "Prez" Pryzbylewski on all five seasons of the HBO program The Wire, as James Woodrow in Treme (2010-2012), and film roles such as Singles (1992). 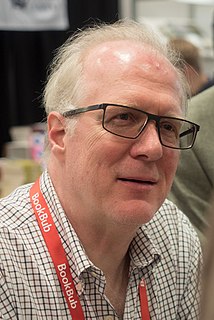 Dublin Carol is a play by Conor McPherson, which premiered in London at the Royal Court Theatre in 2000.

Ian Barford is an American stage and television actor, born in Bloomington, Indiana. He has appeared on Broadway in August: Osage County and The Curious Incident of the Dog in the Night-Time. 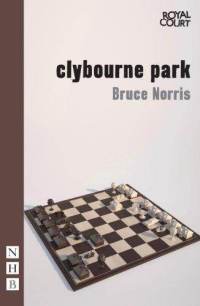 Clybourne Park is a 2010 play by Bruce Norris written as a spin-off to Lorraine Hansberry's play A Raisin in the Sun (1959). It portrays fictional events set during and after the Hansberry play, and is loosely based on historical events that took place in the city of Chicago. It premiered in February 2010 at Playwrights Horizons in New York. The play received its UK premiere at the Royal Court Theatre in London in a production directed by Dominic Cooke. The play received its Chicago premiere at Steppenwolf Theatre Company in a production directed by Steppenwolf ensemble member Amy Morton. As described by The Washington Post, the play "applies a modern twist to the issues of race and housing and aspirations for a better life." Clybourne Park was awarded the 2011 Pulitzer Prize for Drama and the 2012 Tony Award for Best Play.