Pleydell-Bouverie was the eldest son of Jacob Pleydell-Bouverie,4th Earl of Radnor,by his wife Lady Mary Augusta Frederica Grimston,daughter of James Grimston,1st Earl of Verulam. He became known by the courtesy title Viscount Folkestone when his father succeeded in the earldom of Radnor in 1869. [1]

Radnor became a director of the French Hospital in 1889 and served as governor from 1890 to 1900. Successive Earls of Radnor were governors of the hospital from the eighteenth century to 2015. [9]

Lord Radnor died in June 1900,aged 58,and was succeeded in the earldom by his eldest son,Jacob. The Countess of Radnor was born in March 1846 and died in September 1929. [1] She was a musician,and Sir Hubert Parry wrote his famous Lady Radnor's Suite for her in 1894. She conducted its first performance that year.

Earl of Radnor,in the County of Wiltshire,is a title which has been created twice. It was first created in the Peerage of England in 1679 for John Robartes,2nd Baron Robartes,a notable political figure of the reign of Charles II. The earldom was created for a second time in the Peerage of Great Britain in 1765 when William Bouverie,2nd Viscount Folkestone,was made Earl of Radnor.

Lieutenant-colonel William Coutts Keppel,7th Earl of Albemarle,,MP,ADC,styled Viscount Bury between 1851 and 1891,was a British soldier and politician. He served in the British Army before entering Parliament in 1857. Initially a Liberal,he served as Treasurer of the Household between 1859 and 1866 in the Liberal administrations headed by Lord Palmerston and Lord Russell. He later switched to the Conservatives and held office as Under-Secretary of State for War under Lord Beaconsfield between 1878 and 1880 and under Lord Salisbury between 1885 and 1886. Lord Albemarle was 6th in direct line-of-descent from King Charles II;he was the father-in-law of Mrs George (Alice) Keppel (1898-1910) the mistress and confidante of King Edward VII;and he was the great-great-grandfather of Queen Camilla.

Edward Bootle-Wilbraham,1st Earl of Lathom,known as The Lord Skelmersdale between 1853 and 1880,was a British Conservative politician. He was a member of every Conservative administration between 1866 and 1898,and notably served three times as Lord Chamberlain of the Household under Lord Salisbury. Having succeeded his grandfather as Baron Skelmersdale in 1853,he was created Earl of Lathom in 1880.

Valentine Augustus Browne,4th Earl of Kenmare KP,PC,styled Viscount Castlerosse from 1853 to 1871,was a British courtier and Liberal politician. He held office in every Whig or Liberal administration between 1856 and 1886,notably as Lord Chamberlain of the Household under William Gladstone between 1880 and 1885 and in 1886. 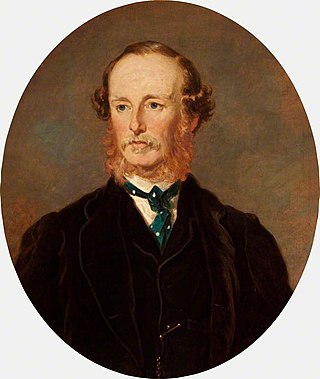 Orlando George Charles Bridgeman,3rd Earl of Bradford,PC,DL,styled Viscount Newport between 1825 and 1865,was a British courtier and Conservative politician. In a ministerial career spanning over thirty years,he notably served as Lord Chamberlain of the Household between 1866 and 1868 and as Master of the Horse between 1874 and 1880 and again between 1885 and 1886.

John Henry de la Poer Beresford,5th Marquess of Waterford,styled Earl of Tyrone from 1859 to 1866,was an Irish peer and Conservative politician. He served as Master of the Buckhounds under Lord Salisbury from 1885 to 1886.

Gavin Campbell,1st Marquess of Breadalbane,styled Lord Glenorchy between 1862 and 1871 and known as The Earl of Breadalbane and Holland between 1871 and 1885,was a Scottish nobleman and Liberal politician.

Edward Pleydell-Bouverie PC,FRS,styled The Honourable from 1828,was a British Liberal politician. He was a member of Lord Palmerston's first administration as Paymaster-General and Vice-President of the Board of Trade in 1855 and as President of the Poor Law Board between 1855 and 1858.

William Heneage Legge,6th Earl of Dartmouth,,styled Viscount Lewisham between 1853 and 1891,was a British peer and Conservative politician. He served as Vice-Chamberlain of the Household between 1885 and 1886 and again between 1886 and 1891. 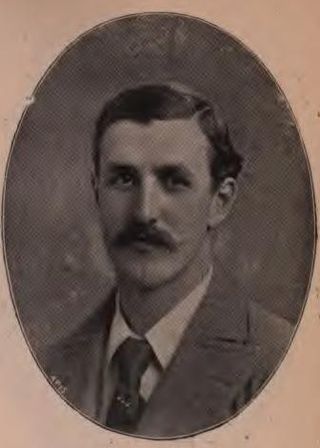 Jacob Pleydell-Bouverie,6th Earl of Radnor,,styled Viscount Folkestone from 1889 to 1900,was a British Conservative Party politician and a British Army officer. 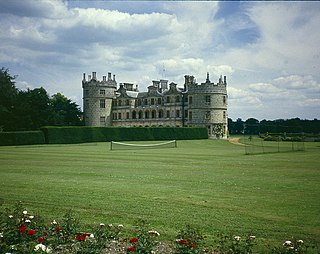 Jacob Pleydell-Bouverie,4th Earl of Radnor was a British nobleman and army officer.

Enfield was a constituency for the House of Commons of the UK Parliament from 1885 until 1950. The area sloping to the River Lea in the east was in the far north of Middlesex centred on the town of Enfield. The area formed part of the London conurbation and was much reduced over the course of its existence,in 1918 and then insignificantly in 1945 due to suburbanisation and urbanisation. It returned one Member of Parliament (MP).

James Walter Grimston,1st Earl of Verulam,styled Lord Dunboyne from 1775 until 1808 and known as the 4th Viscount Grimston from 1808 to 1815,was a British peer and politician.

William Hay,17th Earl of Erroll,known as Lord Hay until 1778,was a Scottish peer.

Pleydell-Bouverie is an English surname,and may refer to: