Sir William Russell Russell (12 November 1838 –24 September 1913) was a New Zealand politician from 1870 to 1905. He was a cabinet minister,and was recognised as Leader of the Opposition from 1894 to 1901. Though considered by other politicians to have little sympathy with working people as a major landowner his panache and involvement in local affairs led him to be liked and admired by Hawkes Bay's élite.

Russell was born in Sandhurst,Berkshire England and educated at the Royal Military College,Sandhurst. [1] His father Andrew Russell was in the 58th Regiment of Foot,and Russell came with him to New Zealand in the 1840s. He then joined the 58th Regiment,and came to New Zealand as an ensign in 1857. He transferred to the 14th Regiment of Foot and came out to Auckland in 1861,serving until 1862. In 1862 he sold his Captain's commission to settle in Hawkes Bay taking up with his brother 31,000 acres of rolling hill country 25 miles west of Napier in Tunanui,part of it later known as Sherenden. [1]

In Hawkes Bay Russell became involved in civic affairs and became renown for his capability as an administrator. He was to serve on a multitude of local bodies,including the Hawke's Bay County Council,Hospital and Charitable Aid Board,Education Board,Waste Land Board,and Rabbit Board. In addition he was a governor of the Napier High Schools' Board. [2]

Russell was a member of the Hawke's Bay Provincial Council from 1870 until the abolition of the provinces in 1876. [1] He won the election for the Napier electorate in the New Zealand Parliament on 30 December 1875 in the 1875 general election,and was re-elected on 8 September 1879 in the 1879 general election. In 1881 after an electorate redistribution,he was defeated by Fred Sutton for the Hawke's Bay electorate. He won the seat on 22 July 1884 in the 1884 general election,and held it until he was defeated by Alfred Dillon in 1905. [3]

He was a Minister (Postmaster-General) in the short-lived Fourth Atkinson ministry of 1884;which lasted only six (or fourteen) days. [4] In 1887 he joined the Fifth (and last) Atkinson ministry,initially as a Minister without Portfolio before becoming Colonial Secretary,Minister of Defence and Minister of Justice from 1889. [5] He represented the New Zealand government at the Federation Conference in Melbourne in 1890,and later at the Australian National Convention in Sydney in 1892. [1]

When the Liberal government of John Ballance came to power in 1890,the Opposition had not yet coalesced into a truly formal party. Russell was recognised as Leader of the Opposition from 1894 to 1901. Noted for his courtesy,honesty and consideration,Russell was at times completely overwhelmed by Prime Minister Richard Seddon in the cut and thrust of parliamentary debate. Even members of his own party acknowledged his nature was ill-suited to parliamentary brawls. [1]

In June 1900,following defeat at the 1899 general election,the opposition strength fell considerably. The conservative MPs could not agree on a new leader upon holding their first caucus of the session. However,Seddon still continued to address Russell as their leader until July 1901. [6] For over two years the conservatives were virtually leaderless,although chief whip William Massey often informally filled the role and eventually succeeded Russell as leader in September 1903. [6]

He married Miss Harriette Julia Hodgskin of Cawley Priory,Sussex,England,in 1867. [2] They had eleven children,four daughters and seven sons. One son,Second Lieutenant Lionel Philip Russell,of the Second Battalion,Prince of Wale's Own (West Yorkshire Regiment) was attached to the 14th Mounted Infantry in the Second Boer War. He died aged 24 of the wounds he had received in Holland (19 December 1901). Another son,Captain Walter Russell 'Dick' Russell of the Northamptonshire Regiment,2nd Battalion,attached to 1st Battalion,was killed in action on 23 October 1914 in France aged 33.

He lived on his estate Flaxmere near Hastings. He also owned Tunanui Station which he had bought with his brother near Napier. When the partnership expired he retained the Flaxmere and Sherenden estates. A sports lover,he was President of the New Zealand Jockey Club. Russell also bred and raced his own horses. [2]

In recognition of his long service, [1] he was made a knight bachelor on 14 August 1902, [7] after the honour had been announced in the 1902 Coronation Honours list published on 26 June 1902. [8] As was the custom until the first quarter of the 20th century he continued to use his military rank of captain until he was knighted. His full name according to electoral rolls and the Cyclopedia of New Zealand was Captain the Hon. William Russell Russell,then Sir William Russell Russell,i.e. Russell was his middle name and also his surname. His knighthood is the only such time in New Zealand history where the incumbent Prime Minister has recommended a Leader of the Opposition for such an honour. [2] 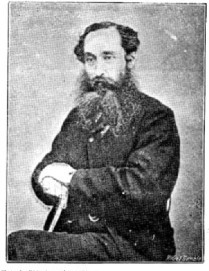 The 1866 New Zealand general election was held between 12 February and 6 April to elect 70 MPs to the fourth term of the New Zealand Parliament. 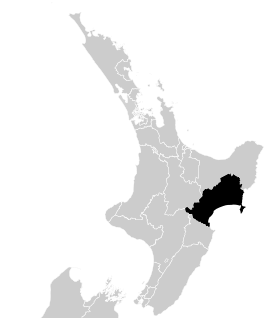 Napier is a New Zealand parliamentary electorate, returning one Member of Parliament to the House of Representatives. It is named after the city of Napier, the main urban area within the electorate. The electorate was established for the 1861 election and has existed since. Since the 2014 general election, Napier has been held by Stuart Nash of the New Zealand Labour Party. Previously, it had been held by Chris Tremain of the New Zealand National Party, who stood down prior to the 2014 election.

William David Sutton is a former New Zealand politician of the Labour Party.

John Vigor Brown, known as Vigor Brown, was a New Zealand Member of Parliament for Napier, in the North Island. He was Mayor of Napier for a total of 18 years. He was a well-known figure in his adopted city, a successful businessman, and involved in many clubs and organisations.

Albert Edward Jull was a New Zealand politician of the Liberal Party, the United Party and from 1938 the National Party.

William Thomas Wood was a Liberal Party Member of Parliament in New Zealand.

Wairarapa and Hawke's Bay is a former parliamentary electorate in the Wellington region of New Zealand, from 1853 to 1859, when it was extended into previously unincorporated territories, split in two and replaced by County of Hawke with its southern portion being the newly created Wairarapa electorate. It is the first general electorate to have been abolished in New Zealand.

George Henry Swan was a 19th-century businessman and Member of Parliament in Hawke's Bay, New Zealand.

Hawke's Bay was a parliamentary electorate in the Hawke's Bay Region of New Zealand from 1881 to 1996. In 1986 it was renamed Hawkes Bay. 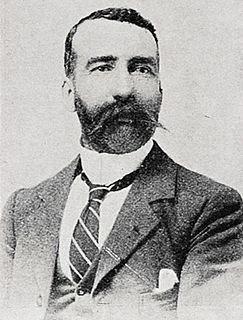 William Joseph Napier was a Liberal Party Member of Parliament for City Auckland (1899–1902) in New Zealand.

James Burne Ferguson was a 19th-century Member of Parliament in New Zealand.

The Mayor of Napier is the head of the municipal government of Napier City, New Zealand, and presides over the Napier City Council. Napier City is New Zealand's ninth largest city. The first mayor was elected in 1875. The current mayor is Kirsten Wise.

Wikimedia Commons has media related to William Russell (New Zealand politician) .
This page is based on this Wikipedia article
Text is available under the CC BY-SA 4.0 license; additional terms may apply.
Images, videos and audio are available under their respective licenses.