His apprentices included "Thomas Hill the Younger" son of Thomas Hill Master of the Worshipful Company of Masons. [3]

His wife Dorothy died in 1707 and is buried in St Andrew's Church, Holborn.

Edward Stanton was his son. [1] 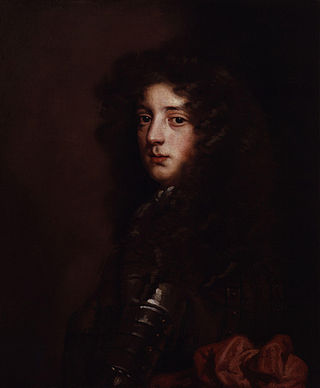 Brigadier-General Henry Trelawny was a British Army officer of Cornish descent, a Member of Parliament and Vice-Admiral of Cornwall.

Sir Thomas Howard (1651–1701) was the only surviving son of Sir Robert Howard of Ashtead, Surrey.

Elinor Leigh was a British stage actor of the seventeenth century.

Elizabeth Bowman was an English stage actor of the seventeenth and early eighteenth century. The daughter of Sir Francis Watson, 1st Baronet she was adopted by the actor manager Thomas Betterton. In 1692 she married John Bowman and began acting at Drury Lane the following year as Mrs Bowman. She was a member of the United Company until 1695 then joined Betterton's breakaway at the Lincoln's Inn Fields Theatre.