William Trail or Traill FRSE MRIA (23 June 1746 – 3 February 1831) was a Scots-born mathematician, remembered for his mathematical text books. For the majority of his life, he served church duties in Northern Ireland.

Sources are unclear on Trail's parentage. The Oxford Dictionary of National Biography states he was the son of the Rev. William Trail (1712–1756), minister of St Monance, Fife, and Mary Trail (1731–1756). [1] The Royal Society of Edinburgh states he was the son of the Rev. James Traill. [2] James left Scotland in 1756 to minister in Northern Ireland and in 1765 became Bishop of Down and Connor, dying in 1783. Through his grandmother Agnes Trail, the younger William was related to the mathematician George Lewis Scott and the two were frequent correspondents. [3]

In 1759, he entered in Marischal College (Aberdeen) and in 1763 he moved to University of Glasgow where he studied under Robert Simson and graduated M.A. in 1766. [4]

In 1766 he was successful to obtain the chair of mathematics in Marischal College (in competition with John Playfair and Robert Hamilton). [5]

In 1779 he resigned the professorship, and moved to Northern Ireland as Chancellor of Down and Connor church under his father, the bishop. [6] He remained thereafter in the Church of Ireland, playing his religious duties for the following forty years. [7]

In 1783 he was in Edinburgh as one of the joint founders of the Royal Society of Edinburgh.

In 1770 he published Elements of Algebra for the use of Students in Universities which was his most famous opera and became a very popular book. [4]

Trail is also well known by a biography of Robert Simson published in 1812; [8] as biography it is not well-regarded, though it does give a lot of first-hand information about Simson and his geometrical studies. [9]

In 1799 he married Lady Frances Charteris (1754-1848) eldest daughter of Francis Wemyss-Charteris and granddaughter of the Duke of Gordon.[ citation needed ] She was 45 years old when they married and they did not have children. She died in Bath in 1848.

Colin Maclaurin was a Scottish mathematician who made important contributions to geometry and algebra. He is also known for being a child prodigy and holding the record for being the youngest professor. The Maclaurin series, a special case of the Taylor series, is named after him. 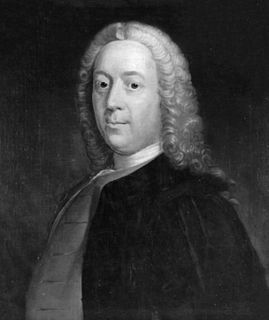 Robert Simson was a Scottish mathematician and professor of mathematics at the University of Glasgow. The Simson line is named after him. 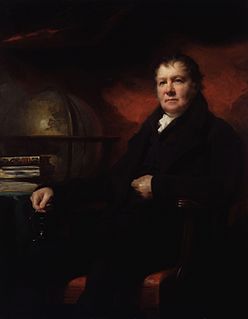 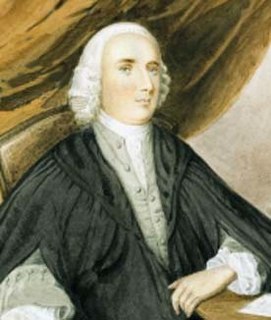 Matthew Stewart FRS FRSE was a Scottish mathematician and minister of the Church of Scotland.

Alexander Gerard FRSE was a Scottish minister, academic and philosophical writer. In 1764 he was the Moderator of the General Assembly of the Church of Scotland. 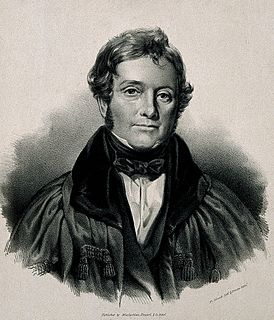 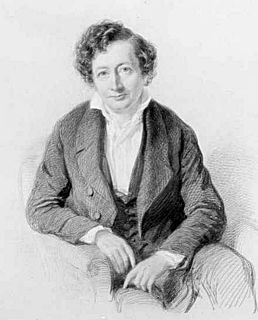 John Pringle Nichol FRSE FRAS was a Scottish educator, phrenologist, astronomer and economist who did much to popularise astronomy in a manner that appealed to nineteenth century tastes.

David Wemyss, Lord Elcho and de jure 6th Earl of Wemyss, was a Scottish peer and Jacobite, attainted for his part in the 1745 Rising and deprived of titles and estates.

Prof William Wallace LLD was a Scottish mathematician and astronomer who invented the eidograph.

George Lewis Scott (1708–1780) was a mathematician and literary figure who was tutor to the future George III from 1751 to 1755. A friend of the historian Edward Gibbon, the poet James Thomson and other members of the Georgian era literary world, he was described as 'perhaps the most accomplished of all amateur mathematicians who never gave their works to the world'.

Alexander Jolly was bishop of Moray, Ross and Caithness in the Scottish Episcopal Church.

Prof William Swan FRSE PRSSA LLD was a Scottish mathematician and physicist best known for his 1856 discovery of the Swan band.

William Braikenridge (c.1700–1762) was a Scottish mathematician and cleric, a Fellow of the Royal Society from 1752.

Prof Patrick Copland FRSE FSA LLD was a Professor of Mathematics (1775-1779) and Natural Philosophy (1779-1817) at Marischal College in Aberdeen. He was a co-founder of the Royal Society of Edinburgh in 1783. He was a keen astronomer and was responsible for building the Castlehill Observatory in Aberdeen. He was a pioneer of the use of demonstration equipment to explain the principles of mathematics and physics.

Robert Traill or Trail (1793–1847) was a clergyman in the Calvinistic-oriented Established Church of Ireland. He was rector of Schull, County Cork from 1832 until his death and part-owned a copper mine in the area. Traill complained of losing tithes from the Roman Catholic population due to the 1830s Tithe War but was recognised for his compassion during the Great Famine in Ireland from 1846. He was depicted in an Illustrated London News article of the time and was the subject of a letter published in several newspapers.

James Williamson FRSE (1725–1795) was a Scottish minister and mathematician, and joint founder of the Royal Society of Edinburgh