William V. Skall (October 5, 1897 in Chicago – March 22, 1976 in Los Angeles) was an American cinematographer who specialized in Technicolor.

He began his film career straight after leaving school and worked for two years in camera crews before becoming a chief cameraman for the first time in 1936, with 20th Century Fox. [1] He worked on Quo Vadis (1951) and Rope (1948), the latter for Alfred Hitchcock, with longer scenes than usual in films of that time. He received nine Oscar nominations and won once, sharing Best Cinematography (color) with Joseph Valentine and Winton Hoch in 1949 for Joan of Arc .

Twentieth Century Fox Film Corporation is an American film studio that is a subsidiary of Walt Disney Studios, a division of The Walt Disney Company. The studio is located on its namesake studio lot in the Century City area of Los Angeles.

Quo Vadis is a 1951 American epic film made by Metro-Goldwyn-Mayer in Technicolor. It was directed by Mervyn LeRoy and produced by Sam Zimbalist, from a screenplay by John Lee Mahin, S.N. Behrman and Sonya Levien, adapted from the novel Quo Vadis (1896) by the Polish Nobel Laureate author Henryk Sienkiewicz. The score is by Miklós Rózsa and the cinematography by Robert Surtees and William V. Skall. The title refers to an incident in the apocryphal Acts of Peter.

Dancing Pirate is a 1936 American musical comedy film directed by Lloyd Corrigan. It is the third film shot in the three strip Technicolor process and the first musical in that format. Produced by the makers of Becky Sharp, the film was based on the December 1930 Colliers Magazine story Glorious Buccaneer by Emma-Lindsay Squier a serious and action filled romance that may have been inspired by the story of Joseph Chapman. The film features the debut of stage star Charles Collins and the cast includes Rita Hayworth as one of The Royal Cansino Dancers. Other dancers in the film were Pat Nixon and Marjorie Reynolds. 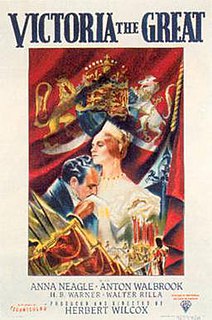 The Little Princess is a 1939 American drama film directed by Walter Lang. The screenplay by Ethel Hill and Walter Ferris is loosely based on the novel A Little Princess by Frances Hodgson Burnett. The film was the first Shirley Temple movie to be filmed completely in Technicolor. It was also her last major success as a child star. 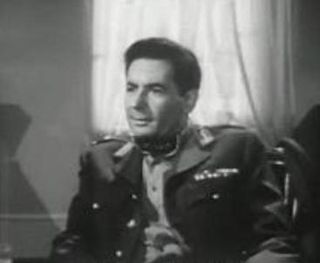 Quo vadis? is a Latin phrase meaning "Where are you going?"

Norman Wooland was an English character actor who appeared in many major films, including several Shakespearean adaptations, who was born in Düsseldorf, Germany to British parents.

Herschel McCoy was a costume designer who first began designing costumes for Hollywood films in 1936.

The 9th Golden Globe Awards, honoring the best in film for 1951 films, were held on February 21, 1952, at the Ciro's nightclub located in West Hollywood, California, at 8433 Sunset Boulevard, on the Sunset Strip. 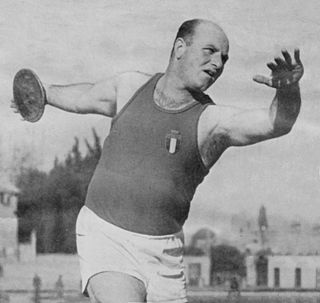 Giuseppe "Beppe" Tosi was an Italian discus thrower. He won silver medal at the 1946, 1950 and 1954 European championships and 1948 Olympics, every time beaten by the teammate Adolfo Consolini. At the 1952 Olympics Tosi placed eighth and Consolini second.

George Magrill was an American film actor. He appeared in 326 films between 1923 and 1952. He was born in Brooklyn, New York, was married to Ramona Oliver, and had a daughter named Marilynn. Magrill died in Los Angeles, California.

Ralph Truman was an English actor, usually cast as either a villain or an authority figure. He possessed a distinguished speaking voice. He was born in London, England.

Patricia Alice Laffan was an English stage, film, TV and radio actress, and also, after her retirement from acting, an international fashion impresario. She was five-feet-six-inches tall, with dark reddish-brown hair and green eyes. She is best known for her film roles as the Empress Poppaea in Quo Vadis (1951) and the alien Nyah in Devil Girl from Mars (1954).

Elisabeth Margarete Frey, known professionally as Elga Brink, was a German film actress. Brink rose to prominence in the early 1920s, when she starred in many silent films. Her last silent film was Marriage in Trouble in 1928. After silent films, Brink continued acting in sound films until her retirement in 1951. Her last role was in a 1951 movie Das fremde Leben. After her retirement, Brink remarried and worked as a clerk in Hamburg until her death in 1985.

Alfredo Varelli is an Italian film actor. Varelli was born Alfredo Ciavarella and debuted in Alessandro Blasetti's 1934 film Vecchia guardia. He emerged during the Fascist era, but most of his work was post-Second World War. He played a leading role in the 1942 historical drama The Jester's Supper. He is also known for playing "Lucan" in Quo Vadis (1951). He turned 100 in August 2014.

Louis Payne, also known as Lou Payne, was an American character actor of the silent and sound film eras, as well as legitimate theater. His acting life began on Broadway in the first decade of the 1900s, when he appeared in the Broadway play, Her Majesty, the Girl Queen of Nordenmark, which ran at the Manhattan Theatre in 1900. In 1906, he married famous stage actress Mrs. Leslie Carter, fifteen years her junior, and remained married to her until her death in 1937. He made his film debut in 1915's DuBarry, a film created to highlight Carter, who was a protégé of the playwright David Belasco. Belasco wrote the stage play of the same name on which the film is based, and in which Carter starred on Broadway. Payne appeared in over 40 films during his 35-year career in Hollywood, as well as doing numerous plays.