William Woolford Skinner (March 28, 1874 – March 10, 1953) was an American chemist, conservationist, and college football coach. He served as the head coach at the Maryland Agricultural College (now University of Maryland) and University of Arizona.

Skinner was born in Baltimore on March 28, 1874, [1] and raised in Cambridge, Maryland. [2] He enrolled at the Maryland Agricultural College in 1891. [2] In 1892, he became the football team's first quarterback and head coach. [3] During that inaugural season, Maryland went scoreless to finish with a 0–3 record. [3] In 1894, he was instrumental in the formation of the Maryland Intercollegiate Football Association, which was created to award the state football championship. [3] In 1895, Skinner graduated from the MAC as the valedictorian. [4] He earned a B.S. through its "Agricultural-Scientific" course. [2]

Upon graduation, Skinner took a job at his alma mater as an assistant chemist, and enrolled in graduate school at Columbian University (now the George Washington University) in 1896. [2] He graduated with an M.S. from Columbian in 1898. [2] In 1899, Skinner married Georgia née Mitchell, with whom he later had a daughter. [2] From 1899 to 1901, he served in an assistant chemist post at the University of Arizona. While there, he also studied geology [2] and coached the football team in 1900 and 1901. [5] He guided Arizona to 3–1 and 4–1 records, respectively. [5]

In 1904, Skinner studied botany and physical chemistry at the University of California. [2] That summer, he worked as a chemist at the University of Arizona School of Mines. [2] Following that, he took a job as a food inspection chemist with the Bureau of Chemistry of the United States Department of Agriculture, where he worked until 1908. [2] Skinner then became the chief of the bureau's Water Laboratory. [2] In 1911, the Maryland Agriculture College awarded him an honorary M.S. degree. [2] As of 1914, Skinner was living in Kensington, Maryland and continuing his work as the chief of the Water Laboratory. [2]

The Baltimore Sun described Skinner as "a nationally prominent agricultural chemist and one of the nation's foremost conservationists, who was one of the first researchers to study pollution in the Chesapeake Bay." [6]

In 1942, while associate chief of the Bureau of Agricultural Chemistry and Engineering, Skinner attended a meeting to discuss food dehydration as a means to reduce the logistical burden of transporting war supplies. The Sheboygan Press noted that he was not called upon during the meeting, and remained quiet until its participants began to disperse. He then spoke up:

I have been a student of dehydration for many years, but I don't suppose that counts. Old fellows like me don't get much attention. The accent is on youth in these times—so much so that I think it wouldn't be out of place to design another flag for the Capitol in addition to Old Glory. Yes, gentlemen, I recommend a background of bright green, with a pair of diapers rampant. [9]

He died on March 10, 1953. [11] Skinner was posthumously inducted into the inaugural class of the University of Maryland Alumni Hall of Fame in 1995. [6] The Skinner Building, constructed on the school's campus in 1915, is named in his honor. [8] 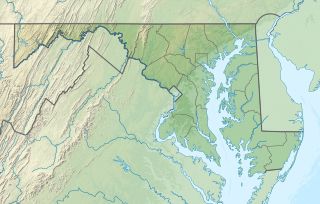 Maryland Stadium is an outdoor athletic stadium on the campus of the University of Maryland in College Park, Maryland. It is the home of Maryland Terrapins football and men's lacrosse teams, which compete in the Big Ten Conference. The facility was formerly named Byrd Stadium after Harry "Curley" Byrd, a multi-sport athlete, football coach, and university president in the first half of the 20th century. 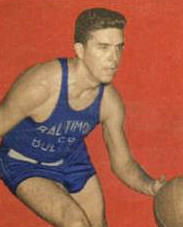 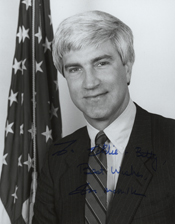 Harry Clifton "Curley" Byrd was an American university administrator, educator, athlete, coach, segregationist, and politician. Byrd began a long association with the University of Maryland as an undergraduate in 1905, and eventually rose to the position of university president from 1936 to 1954. 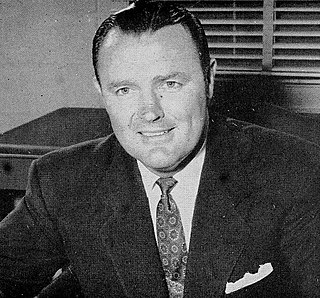 James M. "Big Jim" Tatum was an American football and baseball player and coach. Tatum served as the head football coach at the University of North Carolina at Chapel Hill, the University of Oklahoma (1946), and the University of Maryland, College Park (1947–1955), compiling a career college football record of 100–35–7. His 1953 Maryland team won a national title. As a head coach, he employed the split-T formation with great success, a system he had learned as an assistant under Don Faurot at the Iowa Pre-Flight School during World War II. Tatum was also the head baseball coach at Cornell University from 1937 to 1939, tallying a mark of 20–40–1. Tatum's career was cut short by his untimely death in 1959. He was inducted into the College Football Hall of Fame as a coach in 1984.

Grenville Lewis, Jr. was an American engineer, cattle rancher, and college football coach. He served as the head coach at the Maryland Agricultural College.

Joseph George Bannon was an American college football coach. He served as the head coach at the Maryland Agricultural College in 1894. 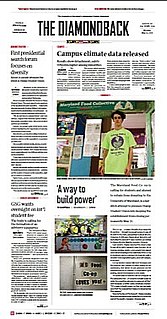 The Diamondback is an independent student newspaper associated with the University of Maryland, College Park. It began in 1910 as The Triangle and acquired its current name in 1921. Now a weekly online journal, The Diamondback was published as a daily print newspaper on weekdays until 2013. It is published by Maryland Media, Inc., a non-profit organization. The newspaper receives no University funding and derives its revenue from advertising.

John Edward Hodge was an American chemist, born in Kansas City, Kansas, best known for establishing the mechanisms in the Maillard reaction pathway.

John Carl Scarbath was a professional American football quarterback in the National Football League (NFL) for the Washington Redskins and Pittsburgh Steelers. He was inducted into the College Football Hall of Fame in 1983. 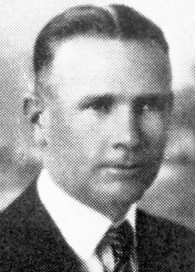 The modern Maryland Terrapins football program representing the University of Maryland traces its lineage to the team first formed at what was then the Maryland Agricultural College (MAC) in 1892. In the initial years, due to the rudimentary state of intercollegiate athletics and interstate travel, all games were played against local colleges, high schools, and athletic clubs.

Old Byrd Stadium, also known as Byrd Stadium or Byrd Field and nicknamed "the Byrd Cage", was the home stadium for the University of Maryland from 1923 until 1947. It was located in College Park, Maryland, east of Baltimore Avenue on the site of the school's present-day fraternity row. The seating capacity for the stadium was 5,000.

The 1892 Maryland Aggies football team represented the Maryland Agricultural College in the 1892 college football season. It was the first football team to officially represent the school. Maryland played three games, all of which it lost, and failed to score any points. Halfback Pearse "Shorty" Prough gained the only positive yardage for the team against Episcopal High School. He netted 35 yards from scrimmage after first running 30 yards in the wrong direction. It remained the only winless Maryland team until matched by the 1967 squad coached by Bob Ward.

The 1894 Maryland Aggies football team represented the Maryland Agricultural College in the 1894 college football season. Maryland participated as a member of the Maryland Intercollegiate Football Association, which was formed as a result of a disagreement the previous season over whether Maryland or St. John's College deserved the state championship. The Aggies finished the season with a 4–3 record. 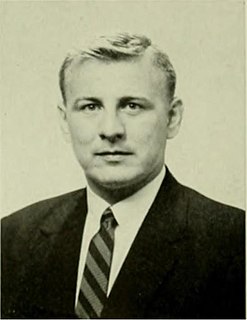 The 1901 Maryland Aggies football team was an American football team that represented Maryland Agricultural College as an independent during the 1901 college football season. In its first and only season under head coach Emmons Dunbar, the team compiled a 1–7 record and was outscored by at total of 129 to 49. The team's only victory came in a game against a team from a U.S. Marine Corps barracks in Washington, D. C.