Willie Louis Scott (February 13, 1959 – February 8, 2021) was an American professional football player who was a tight end in the National Football League (NFL). Scott was the son of Gloria and Willie Scott. Gloria and Willie were employed at Newberry High School. Gloria was a math teacher and Willie was an assistant principal. Scott attended Newberry High School in Newberry, South Carolina. Scott graduated from the University of South Carolina in 1981 and was drafted and went on to play with the Kansas City Chiefs from 1981 to 1985 and also the New England Patriots from 1986 to 1988. [1]

He was a leader of the NAACP for his region. He was also a football coach at Brookland-Cayce High School.[ vague ] He died February 8, 2021, five days short of his 62nd birthday. [2]

Willie Dunta Robinson is a former American football cornerback. He played college football at South Carolina and was drafted by the Houston Texans with the 10th overall selection in the 2004 NFL Draft. Robinson also played for the Atlanta Falcons and Kansas City Chiefs.

Willie C. Offord is a former American football safety in the National Football League (NFL). Willie Offord retired in 2007 due to injury.

Willie Burden was a professional Canadian football player with the Calgary Stampeders of the Canadian Football League, who subsequently became an academic and sports administrator. He was made a member of the Calgary Stampeder's Wall of Fame in 1992, and was inducted into the Canadian Football Hall of Fame in 2001. In 2006, Burden was voted to the Honour Roll of the CFL's top 50 players of the league's modern era by Canadian sports network TSN.

Ricky Rennard Nattiel, nicknamed "Ricky the Rocket," is an American former college and professional football player who was a wide receiver in the National Football League (NFL) for six seasons during the 1980s and 1990s. Nattiel played college football for the University of Florida, and thereafter, he played professionally for the Denver Broncos of the NFL.

Bradford Wayne Edwards is a former American football defensive back who played nine seasons in the National Football League (NFL) for the Minnesota Vikings, Washington Redskins, and the Atlanta Falcons. He is currently the Director of Athletics at George Mason University in Fairfax, Virginia.

Conference Carolinas, formerly known as the Carolinas-Virginia Athletic Conference (CVAC) or the Carolinas Conference, is a collegiate athletic conference affiliated with the National Collegiate Athletic Association (NCAA) primarily in Division II, and as one of the five Division I conferences for men's volleyball. Originally formed in 1930, the league reached its modern incarnation in 1994. Member institutions are located in the southeastern United States in the states of Georgia, North Carolina, South Carolina, and Tennessee. Conference Carolinas currently has 11 small college or university private institutions that make up their membership.

Willie E. Jeffries is a former American football player and coach. He served as the head football coach at South Carolina State University for 19 seasons in two stints, five seasons at Wichita State University, and five seasons at Howard University. Jeffries was the first African American head coach of an NCAA Division I-A football program at a predominantly white college when he coached Wichita State. He was elected to the College Football Hall of Fame in 2010. 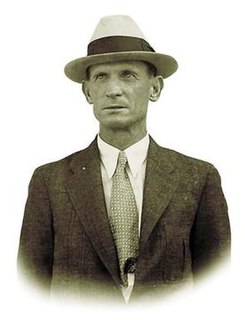 William Lawrence Laval was an American minor league baseball player, baseball manager, and college baseball, football, and basketball coach. He held head coaching positions at the University of South Carolina, Furman University, Emory and Henry College, and Newberry College. He is the only South Carolina football coach to have produced seven consecutive winning seasons. In 2009, The State called him "the greatest collegiate coach" in the history of South Carolina.

The Erskine Flying Fleet football team represents Erskine College in the sport of American football. The Flying Fleet compete in the NCAA Division II as an independent. Erskine is a dual member of the National Christian College Athletic Association (NCCAA). The team is currently led by head coach Shap Boyd, who has held the position since November 15, 2018, making him the first head football coach at Erskine since 1951. 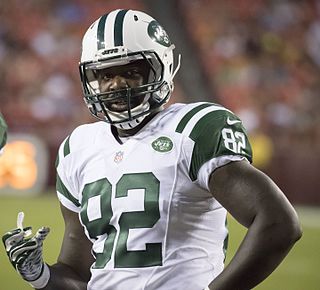 Brandon Jamal Bostick is a former American football tight end. He played college football at Newberry. Bostick was signed by the Green Bay Packers as an undrafted free agent in 2012. He has also been a member of the Minnesota Vikings, Arizona Cardinals and New York Jets.

Mitchell McGeever "Mick" Zais is an American education official and former general who served as the acting United States secretary of education. He previously served as the 17th South Carolina Superintendent of Education from 2011 to 2015. Before winning the election as superintendent, he served as President of Newberry College for ten years. Prior to that he reached the rank of Brigadier General in the United States Army.

Willie Lee Snead IV is an American football wide receiver for the Baltimore Ravens of the National Football League (NFL). He was signed by the Cleveland Browns as an undrafted free agent in 2014. He played college football at Ball State.

Cyril Ross Grayson Jr. is an American football wide receiver for the Tampa Bay Buccaneers of the National Football League (NFL). He did not play college football, but was an All-American track sprinter at LSU.

Jack Easterby is an American football executive and Christian minister who currently serves as the executive vice president of football operations for the Houston Texans of the National Football League. Prior to joining the Texans, he served for 14 years in roles described varyingly as chaplain and character coach in the NCAA and the NFL.