The pass encompasses the continental divide in the Rabbit Ears Range along the border between Jackson County (to the north) and Grand County (to the south). North of the pass, the Illinois River descends into North Park in the basin of the North Platte River. South of the pass, Willow Creek, for which the pass is named, descends southward to join the Colorado River near the town of Granby in Middle Park.

A continental divide is a drainage divide on a continent such that the drainage basin on one side of the divide feeds into one ocean or sea, and the basin on the other side either feeds into a different ocean or sea, or else is endorheic, not connected to the open sea. Every continent on earth except Antarctica which has no free-flowing water has at least one continental drainage divide; islands, even small ones like Killiniq Island on the Labrador Sea in Canada, may also host part of a continental divide or have their own island-spanning divide. 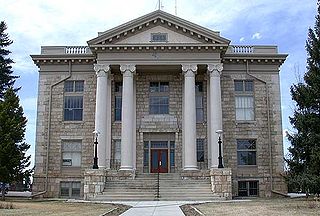 The pass is not an especially high one along the continental divide in Colorado, since the mountains separating North Park and Middle Park are relative low compared to nearby ranges. The approach from either side is mild and the pass is rarely closed in winter. The vicinity of the pass is sparsely populated, with no major communities in the vicinity. The pass is traversed by State Highway 125. The nearest commercial facilities are in the unincorporated community of Rand in Jackson County just north of the pass. 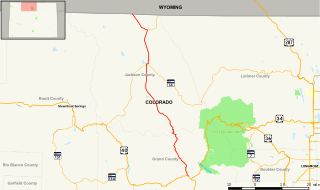 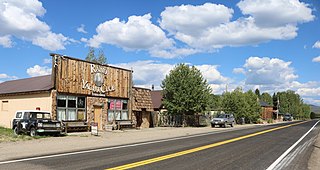 Rand is an unincorporated community, with a U.S. Post Office, established in 1881 in Jackson County, Colorado. It is a ranching community at the southern end of North Park south of Walden consisting of several homes and businesses, a post office, and ranching facilities. Rand is near the junction of State Highway 125 and Jackson County Road 27 along Indian Creek, at an elevation of 8627 feet. The Rand post office has the ZIP code 80473. Some say the community was named after Charles Rand, a pioneer, while others believe it has the name of J. A. Rand, another pioneer. The post office in Rand was established in 1883.

The Continental Divide National Scenic Trail is a United States National Scenic Trail running 3,100 miles (5,000 km) between Mexico and Canada. It follows the Continental Divide of the Americas along the Rocky Mountains and traverses five U.S. states — Montana, Idaho, Wyoming, Colorado, and New Mexico. In Montana it crosses Triple Divide Pass The trail is a combination of dedicated trails and small roads and considered 70% complete. Portions designated as uncompleted must be traveled by roadwalking on dirt or paved roads. This trail can be continued north into Canada to Kakwa Lake north of Jasper National Park by the Great Divide Trail. 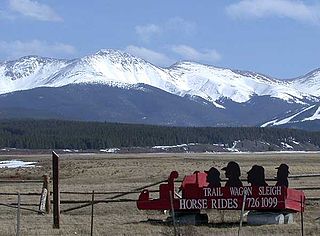 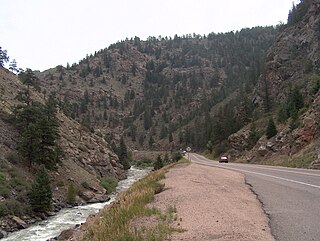 Clear Creek is a tributary of the South Platte River, approximately 66 miles (106 km) long, in north central Colorado in the United States. The creek flows through Clear Creek Canyon in the Rocky Mountains directly west of Denver, descending through a long gorge to emerge on the Colorado Eastern Plains where it joins the South Platte. Clear Creek is unusual in that it is a stream named "creek" fed by a stream named "river". Fall River empties into Clear Creek along I-70 west of Idaho Springs, Colorado. 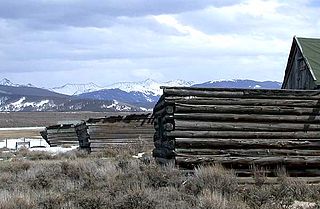 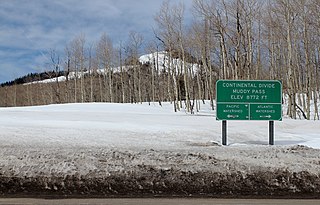 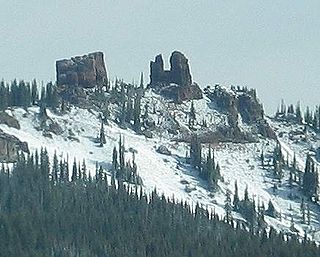 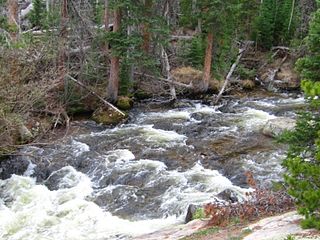 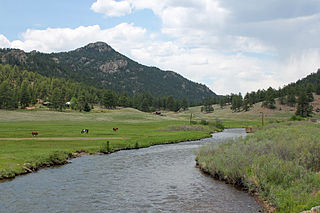 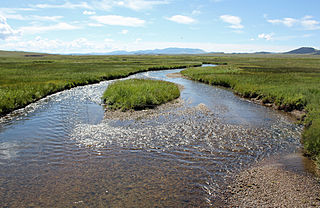 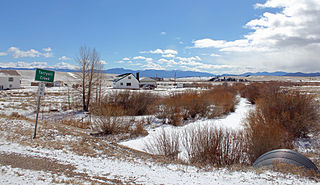 Tarryall Creek is a tributary of the South Platte River, approximately 68.5 miles (110.2 km) long, in Park County in central Colorado in the United States. It drains a rural portion of north and central South Park, an intermontane grassland in the Rocky Mountains southwest of Denver. It rises in the high Rockies in several forks along the Continental Divide in the Pike National Forest southwest of Boreas Pass. It descends to the southwest through a short canyon, emerging into South Park near Como, Colorado. It crosses U.S. Highway 285 east of Red Hill Pass northeast of Fairplay, the county seat of Park County, then meanders towards the southeast, joining the South Platte from the east in the southeastern corner of South Park. 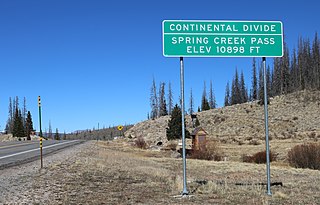 Spring Creek Pass, elevation 10,889 ft (3,319 m), is a mountain pass on the Continental Divide in the San Juan Mountains of Colorado. The pass is traversed by State Highway 149 and the Colorado Trail. Somewhat unusually for a pass on the Continental Divide, it is not the highest point on the highway in the vicinity; heading north from the pass, the road climbs over the considerably higher Slumgullion Summit before descending toward Lake City.

Boulder Creek is a 31.4-mile-long (50.5 km) creek draining the Rocky Mountains to the west of Boulder, Colorado, as well as the city itself and surrounding plains. Deer Creek Trail lies along the Continental Divide of the Americas, part of the Rocky Mountains in the U.S. state of Colorado. It is located in the White River National Forest, Summit County. Deer Creek Trail is south of Colorado Highway 6, east of Keystone Resort and near Montezuma. 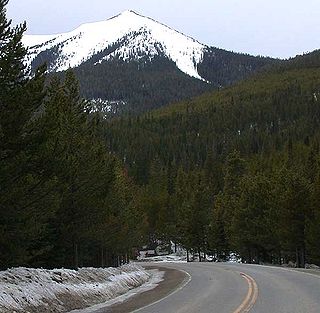 Parkview Mountain is the highest summit of the Rabbit Ears Range in the Rocky Mountains of North America. The mountain is on the Continental Divide in Routt National Forest about 3 miles (4.8 km) southwest of Willow Creek Pass.