Last updated November 30, 2020
In this Chinese name, the family name is Wong.

He mostly played as a left back.

Wong Chin Hung played at hard grounds at lunchtime when he was a teenager. He enjoys having the ball at this feet. At 16, he accompanied a school friend to a trial at Instant-Dict FC's youth team. His father then received a call from the club wanting to recruit him. [1]

Wong Chin Hung only received a monthly salary of HK$1,500 at Rangers F.C.. He had to work in renovation to make ends meet and did not play for two months. But Philip Lee of Rangers asked him to come back to football. He was selected to play in the indoor 5-a-side Hong Kong team and regained his love for football. [2]

In the 2010 AFC Cup, Wong Chin Hung came on as a substitute and scored the winner against Muangthong United in the final minute in an ill-tempered match which saw both sides reduced to 10 men. The win meant South China and Muangthong both have 10 points from five games. But the Hong Kong side have a better head-to-head record following their 0–0 draw in Hong Kong. [4]

On 11 January 2013, Wong Chin Hung made a return to his former club Biu Chun Rangers from South China as a free transfer. On the same day, Biu Chun Rangers defender Chak Ting Fung was transferred to South China. The two deals were regarded as a player exchange. [5]

He refused to extend the contract with Biu Chun Rangers and made a transfer list request after the end of the 2012–13 season. On 1 June 2013, Wong joined newly promoted First Division club Eastern Salon for free. [7]

At the 2009 East Asian Games, Wong Chin Hung was selected into the Hong Kong U23 as an over-age player after Chak Ting Fung was injured. He managed one goal and two assists through his corner kicks in the tournament. [9] He also scored the last penalty in the penalty shoot-out in the final against Japan. (in Chinese) [1]

Wong Chin Hung has had an uneasy relationship with his father, because he often injures himself and damages his footwear while playing football. His father once locked him up in their home to stop him from playing. He has also never attended any of his matches. [1] 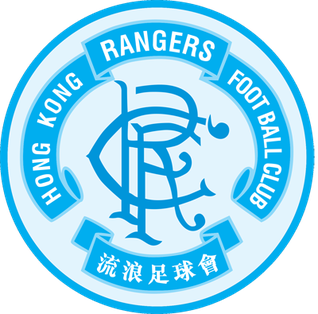 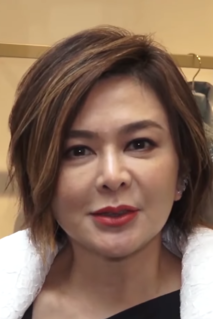 Rosamund Kwan Chi Lam, is a former Hong Kong actress, best known for starring as the female lead "Thirteenth Aunt" in the 1990s Once Upon a Time in China film series. She had since retired from acting in 2007.

The 2007–08 season is South China's 2nd year after giving up the all-Chinese policy. This article shows statistics of the club's players in the season, and also lists all matches that the club have and will play in the season. 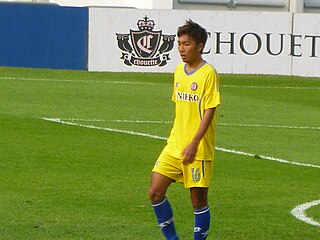 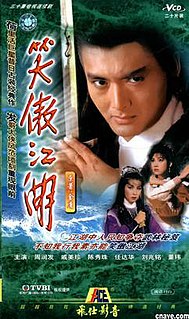 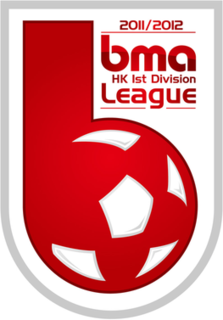 Biu Chun Rangers, previously known as Rangers, will seek to win at least a trophy in this season. They are competing in the First Division League, Senior Challenge Shield and FA Cup this season.

The 2013–14 season is South China's 93rd season in the Hong Kong First Division League. South China will seek to defend their league title, as well as to fight for victory in Senior Challenge Shield and FA Cup. They will also participate in the AFC Cup for the first time in three seasons.

Barrack O'Karma is a 2019 Hong Kong supernatural romantic drama television series created by Ruby Law. It stars Joel Chan and Selena Lee as a pair of star-crossed lovers, with Samantha Ko, Kelly Cheung, Zoie Tam, Stephen Wong, Jazz Lam, Lau Kong, Geoffrey Wong and Gloria Tang in supporting roles. The series made its premiere on 16 September 2019 on TVB. The series is renewed for a second season.

Cheng Tat-hung is a Hong Kong politician from the Civic Party. He is a member of the Eastern District Council for Tanner since 2016.