Xavier Tondo Volpini (5 November 1978 in Valls, Spain – 23 May 2011 in Monachil, Spain) was a Spanish professional road racing cyclist who specialized in mountain stages of bicycle races.

Tondo was killed after being apparently trapped between his own garage door and car, and crushed by the door, while preparing his bicycle for a training ride. Teammate Beñat Intxausti was with him at the time of the accident. [1]

To commemorate Xavier Tondo the 100%Tondo sportive is held yearly, starting in Sant Joan les Fonts and finishing in Vallter 2000.

In February 2011, it was reported that a pro cyclist had tipped off police about a doping ring. Tondo was later identified as that cyclist.

According to the Spanish newspaper El País , Tondo received an email in December 2010, which offered several doping products, including EPO, human growth hormone, Nandrolone, and Clenbuterol, all at low prices. Tondo gave the email to the police. [2] 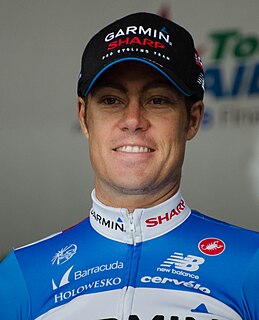 Roberto Heras Hernández is a Spanish former professional road bicycle racer who won the Vuelta a España a record-tying three times. He broke the record with a fourth win in 2005, but was disqualified for taking EPO. In June 2011, Heras successfully appealed the disqualification in the civil court of Castilla y León, and this decision was upheld in the Spanish supreme court in December 2012. The Spanish cycling federation subsequently reinstated Heras as 2005 Vuelta champion.

Laurent Jalabert is a French former professional road racing cyclist, from 1989 to 2002. 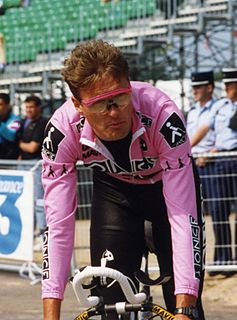 Alex Zülle is a Swiss former professional road bicycle racer. During the 1990s he was one of the best cyclists in the world, winning back-to-back in the 1996 and 1997 Vuelta a España, taking second place in the 1995 and the 1999 Tour de France. He was world time-trial champion in Lugano in 1996.

Ángel Luis Casero Moreno is a retired Spanish road bicycle racer who raced professionally between 1994 and 2005.

José Enrique Gutiérrez Cataluña is a Spanish former professional road racing cyclist. His career highlights include second place overall at the 2006 Giro d'Italia, winning a stage of the Vuelta a España and two stages at the Dauphiné Libéré.

Alberto Contador Velasco is a Spanish former professional cyclist. He is one of the most successful riders of his era, winning the Tour de France twice, the Giro d'Italia twice, and the Vuelta a España three times. He is one of only seven riders to have won all three Grand Tours of cycling. He has also won the Vélo d'Or a record 4 times.

Kelme was a professional cycling team based in Spain.

Andalucía was a cycling team based in Spain; the team was managed by Antonio Cabello, and assisted by Juan Martinez as a directeur sportif. The team currently does not hold a requisite licence to compete in professional cycle racing, after the team were rejected a Professional Continental licence – where the team had competed at since 2006 – in December 2012. 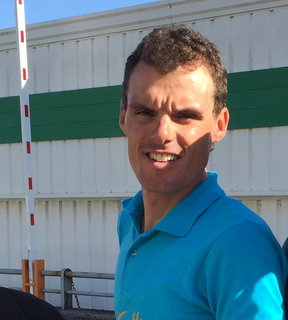 Luis León Sánchez Gil is a Spanish road bicycle racer, who currently rides for UCI WorldTeam Astana. Sánchez's major achievements include winning the overall classifications of the 2009 Paris–Nice and the 2005 Tour Down Under, as well as the one-day race Clásica de San Sebastián in 2010 and 2012. He also has 4 Tour de France stage victories and is a four-time winner of the Spanish National Time Trial Championships. He is a time trial specialist and has improved his climbing skills over the course of his career.

Pablo Lastras García is a Spanish former racing cyclist who rode for Spanish UCI ProTour team Movistar Team. He now works as a directeur sportif for the team. 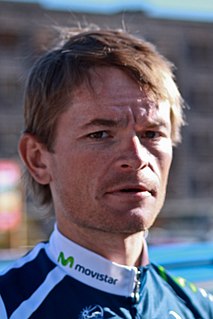 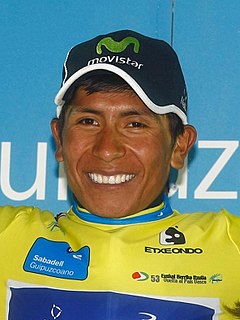 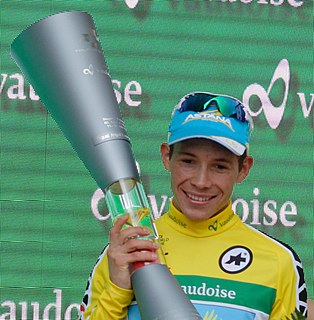