Xebec, Inc. (Japanese: 株式会社ジーベック, Hepburn: Kabushiki-gaisha Jībekku) was a Japanese animation studio based in Kokubunji, Tokyo, founded by former Tatsunoko Production animators on May 1, 1995. They have worked on many popular series such as Martian Successor Nadesico , Love Hina , Shaman King , To Love Ru , Yuuna and the Haunted Hot Springs , and Star Blazers: Space Battleship Yamato 2202 .

The company logotype is interesting in that it includes the International Phonetic Alphabet transcription: [zíːbek], not of the Japanese pronunciation, but of a presumed "English" pronunciation.

On November 20, 2018, Xebec's parent company, IG Port, sold the studio to Sunrise after constant deficits that the subsidiary had in different years. [2] [3]

On March 5, 2019, Sunrise announced that they established a new company, Sunrise Beyond, at Xebec's address, with Xebec's operations being transferred to it. [4]

Xebec ceased to exist as a business entity on May 31, 2019. Its post-production teams, which were not part of the sale to Sunrise, were broken up and consolidated into several IG Port companies, but Production I.G inherited the company's assets. Copyright of Xebec's past works reverted to the IG Port group as a whole. [5]

In 2003 the subsidiary Xebec M2 was established, which focuses in providing animation assistance for their main studio and other companies (including OLM, as in Pokémon: Destiny Deoxys ). It has also produced three full series: Petopeto-san, ZOMBIE LOAN and Hitohira. Its last activity was in 2009/2010. [6]

In 2010, it was followed by Xebeczwei, which handled in-between, key, and 2nd key animation for Xebec's main studio and other anime studios. It later produced the full series Fafner in the Azure: Exodus , which ran throughout 2015. [7] 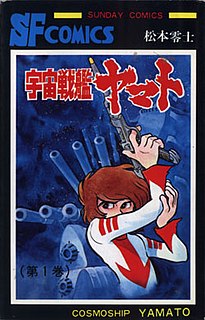 Space Battleship Yamato is a Japanese science fiction anime series produced and written by Yoshinobu Nishizaki, directed by manga artist Leiji Matsumoto, and produced by Academy Productions, and animated by Group TAC. The series aired in Yomiuri TV from October 6, 1974 to March 30, 1975, totaling up to 26 episodes. It revolves around the character Susumu Kodai and an international crew from Earth, tasked during an interstellar war to go into space aboard the space warship Yamato, derived from the World War II battleship of the same name, in response to a message of aid from the planet Iscandar in order to retrieve a device which is able to reverse the radiation infecting Earth after being bombed by the Gamilas (Gamilons).

Houko Kuwashima is a Japanese voice actress and singer. She is capable of playing a variety of roles, ranging from young boys to feminine women. Kuwashima is currently affiliated with Aoni Production. Her first major role was as Yurika Misumaru in Martian Successor Nadesico. She had lead or major roles as Sango in Inuyasha, Nakahito Kagura in Steel Angel Kurumi, Marlene Angel in Blue Gender, Kenny in Beyblade, Quon Kisaragi in RahXephon, Flay Allster in Mobile Suit Gundam Seed, Stella Loussier in Mobile Suit Gundam Seed Destiny, Sheila in Tweeny Witches, Itsuki Myoudouin / Cure Sunshine in Heartcatch PreCure!, Wendy Garret in Gun Sword, Shūrei Hong in The Story of Saiunkoku, Clare in Claymore, Michru Kita in Zombie-Loan, Fuyuki Hinata in Sgt. Frog, Cirucci and Soifon in Bleach, Allison in Allison and Lilia, and Uka in Inari, Konkon, Koi Iroha. In video games, she voiced Seshil Pound in Money Puzzle Exchanger, Mei Ling and Para-Medic in Metal Gear Solid, Seong Mi-na in Soulcalibur, Kasumi in Dead or Alive, Presea Combatir in the Tales series, Tomoyo Sakagami in Clannad, Isara Gunther in Valkyria Chronicles and Chizuru Yukimura in Hakuoki. On films, she had voice roles as the title character in Princess Arete, Yuki Mori in Space Battleship Yamato 2199, Rosé Thomas in Fullmetal Alchemist: Conqueror of Shamballa, and Poko in Doraemon: Nobita in the Robot Kingdom. She has also performed songs for anime, such as "Tokihanate!" (解き放て), which was used as the opening theme to Blue Gender.

Fafner in the Azure is a Japanese mecha anime franchise created by Xebec in collaboration with Starchild Records. The story focuses on a group of children who pilot the titular Fafners in an escalating war against giant aliens called Festum. The first series, subtitled Dead Aggressor, is directed by Nobuyoshi Habara and written by Yasuo Yamabe and Tow Ubukata with character designs from Hisashi Hirai and mecha designs by Naohiro Washio. It aired in TV Tokyo from July 4, 2004 to December 26, 2004 for 26 episodes. A television special subtitled RIGHT OF LEFT aired on December 29, 2005, a feature film subtitled HEAVEN AND EARTH had a theatrical release in Japan on December 25, 2010 and a sequel subtitled EXODUS, which aired in MBS and several stations on January 8, 2015. Another sequel subtitled THE BEYOND was released from 2019 to 2021. The series heavily borrows elements from Norse Mythology, referencing some of the terminology used. 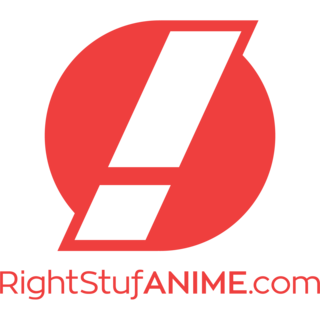 To Love Ru is a Japanese manga series written by Saki Hasemi and illustrated by Kentaro Yabuki, creator of Black Cat. The manga was serialized in Shueisha's Weekly Shōnen Jump magazine from April 2006 to August 2009, and the chapters collected into 18 tankōbon volumes. To Love Ru chronicles the everyday life of high school student Rito Yuki after his encounter with the mysterious alien princess Lala Satalin Deviluke. The title, Toraburu, is a pun on the English loan words toraburu ("trouble") and rabu ("love"), referencing the harem aspect of the series.

IG Port is a Japanese holding company that was established on December 1, 2007 as a result from a merger between the holding companies of Japanese anime studio Production I.G and manga publisher Mag Garden.

Star Blazers is an American animated television series adaptation of the Japanese anime series Space Battleship Yamato I (1974), II (1978), and III (1980). Star Blazers was first broadcast in the United States in 1979. It was the first popular English-translated anime that had an overarching plot and storyline that required the episodes to be viewed in order, which paved the way for future arc-based, plot-driven anime translations. It also dealt with somewhat more mature themes than other productions aimed at the same target audience at the time.

Star Blazers 2199, known in Japan as Space Battleship Yamato 2199, is a 2012–2013 Japanese military science fiction anime television series that is a remake of the first Space Battleship Yamato television series created by Yoshinobu Nishizaki and Leiji Matsumoto in 1974, known in the United States as Star Blazers. The series is a space opera, and was originally screened back-to-back in theaters across Japan, a few episodes at a time prior to release on home video, and aired on television from April 7, 2013 to September 29, 2013. Voyager Entertainment currently licensed the series outside Japan, with Funimation streaming their English dub of the series starting on November 8, 2017.

Bridge Inc. is a Japanese animation studio founded in 2007 by former staff from Sunrise.

Toshimasa Suzuki is a Japanese director, animator, and storyboard artist. He joined Shaft in 1995 as an episode director and storyboard artist, and although he continues to work for Shaft, Suzuki commonly directs series with other studios, most notably with Xebec, where he made his series directorial debut with Heroic Age in 2007.