Ruderman was born in Daŭhinava, in the Vilna Governorate of the Russian Empire (present-day Belarus), where his father, Rabbi Yehuda Leib Ruderman, [3] was the rabbi. He studied in Yeshivas Knesses Yisrael in Slabodke, [1] under the "Alter", Rabbi Nosson Tzvi Finkel, and the rosh yeshiva, Rabbi Moshe Mordechai Epstein, receiving semicha from the latter in 1926.

In 1930, he joined his father-in-law, Rabbi Sheftel Kramer, at the latter's yeshiva in New Haven, Connecticut. In 1931, the Ruderman family moved to Cleveland, Ohio, where he served as one of the teachers at the Yeshiva. [5]

In 1933, with his father-in-law's encouragement, Ruderman moved to Baltimore, where he was immediately offered a rabbinical post at Tiferes Yisroel Shul. [1] Ruderman accepted the position on the condition that he be permitted to open a yeshiva using the synagogue's facilities. He began with six students and named the newly formed yeshiva Ner Yisroel (after Rabbi Yisrael Lipkin Salanter, [6] the founder of the mussar movement).

The yeshiva grew quickly, [1] and Ruderman approached the renowned Rabbi Shimon Schwab, at the time rabbi of another Baltimore congregation, and invited him to join the faculty. Rabbi Schwab taught the first-year shiur (class) in Ner Israel for several years, until he moved to Washington Heights. When Ruderman grew old, he became legally blind but could still read by holding a book within inches of his eyes that wore very thick glasses. He still held a siddur when davening. Ruderman led the yeshiva for 54 years until his death when Rabbi Shmuel Yaakov Weinberg, his son in law, took over. [7] Ruderman was rosh yeshiva, while his brother-in-law, Rabbi Naftoli (Herman) Neuberger took care of the financial side. Together, they built it into one of the largest yeshivas in America, producing thousands of rabbis, educators and learned laymen.

Ruderman was also involved in many aspects of Jewish communal life outside of the Yeshiva. He was a member of the Council of Torah Sages of Agudath Israel and the chairman of the Rabbinic Advisory Board of Torah Umesorah.

Around 1926, Ruderman published his only written work, Avodas Levi. [8] The Sefer Avodath Levi Project to preserve his legacy has been in progress. [9] Posthumously, his students have published several volumes of his teachings: ethical insights based on the weekly parsha named Sichos Levi, later re-written and republished as Sichos Avodas Levi, lectures on the 19th century work Minchas Chinuch and other Talmudic and halachic insights in Mas'as Levi, and lectures on Sukkah, Kiddushin, Kesubos, Bava Kamma, and Bava Metzia, as Shiurei Avodas Levi.

Ruderman's death on July 11, 1987, the 14th of Tammuz, [2] [3] [10] followed less than 18 months after the deaths of Rabbis Yaakov Kaminetsky and Moshe Feinstein. Ruderman was one of the last surviving rosh yeshiva who came to America from Lithuania early in the 20th century.

His son-in-law, Rabbi Weinberg, who married his only child, Chana, [1] succeeded him as rosh yeshiva of Ner Yisroel [11] until Rabbi Weinberg's death in 1999. [7]

Yeshiva Torah Vodaath is a yeshiva in the Kensington neighborhood of Brooklyn, New York.

Mordechai Gifter was an American Haredi rabbi. He was the rosh yeshiva (dean) of the Telz Yeshiva in Cleveland, and among the foremost religious leaders of Orthodox Jewry in the late 20th century.

Herman Naftali Neuberger was an Orthodox rabbi and leader "for over half a century." He was the brother of Albert Neuberger CBE FRS FRCP.

A Moetzes Gedolei HaTorah is the supreme rabbinical policy-making council of the Agudat Yisrael and Degel HaTorah movements. Rabbis sitting on the various Moetzos are usually either one of the more prestigious Roshei Yeshiva or Hasidic rebbes who are also usually regarded by many Haredi Jews to be the Gedolim ("great/est") sages of Torah Judaism. Before the Holocaust it was the supreme authority for the World Agudath Israel in Europe.

Rabbi Yochanan Zweig is the Rosh Yeshiva of Talmudic University of Florida/Yeshiva V'Kollel Beis Moshe Chaim of Miami Beach. Under his auspices is also a high school and elementary school, both located in Miami Beach.

Shmuel Yaakov Weinberg, known as Yaakov Weinberg was an Orthodox Jewish rabbi, Talmudist, and rosh yeshiva (dean) of Ner Israel Rabbinical College in Baltimore, Maryland one of the major American non-Hasidic yeshivas. Rabbi Weinberg also served as a leading rabbinical advisor and board member of a number of important Haredi and Orthodox institutions such as Torah Umesorah, Agudath Israel of America and the Association for Jewish Outreach Programs.

Yeshivas Ner Yisroel of Toronto is a Haredi yeshiva in Vaughan, Ontario, Canada with government recognition of its degree-granting programs.

Naftoli (Naphtalie) Carlebach (1916–2005) was an Orthodox Jewish rabbi and accountant.

Posek is the term in Jewish law for a "decisor" — a legal scholar who determines the position of Halakha in cases of law where previous authorities are inconclusive, or in those situations where no clear halakhic precedent exists.

Yaakov Yitzchok Ezrachi is a Rosh Yeshiva at the Mir Yeshiva in Jerusalem.

Vien (וויען) is a Rabbinical hasidic dynasty originating in present-day Vienna. The previous rav of Vien was Rav Chaim Z. Hersh Zegelbaum of Brooklyn, New York. He was a descendant of Rav Menachem Mendel Stern (1759–1834) of Sighet, author of Derech Emunah. 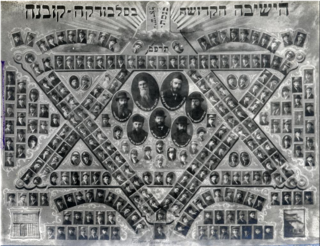 Yeshivas Knesses Yisrael was a yeshiva located in the Lithuanian town of Slabodka (Vilijampolė), adjacent to Kovno (Kaunas). It was known colloquially as the "mother of yeshivas" and was devoted to high-level study of the Talmud. It functioned from the late 19th century until World War II. 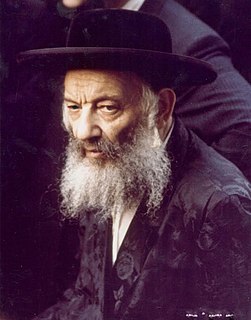 Yosef Greenwald was the second Rebbe of the Pupa Hasidic dynasty and charismatic leader of all the Pupa Hasidim. Prior to World War II he was a rabbi and rosh yeshiva in Pápa, Hungary.