Yakir Aharonov (Hebrew : יקיר אהרונוב‎; born on August 28, 1932) [1] is an Israeli physicist specializing in quantum physics. He is a Professor of Theoretical Physics and the James J. Farley Professor of Natural Philosophy at Chapman University in California. He is also a distinguished professor in the Perimeter Institute [2] and a professor emeritus at Tel Aviv University in Israel. He is president of the IYAR, The Israeli Institute for Advanced Research. [3]

Yakir Aharonov was born in Haifa. He received his undergraduate education at the Technion – Israel Institute of Technology in Haifa, graduating with a BSc in 1956. He continued his graduate studies at the Technion and then moved to Bristol University, UK together with his doctoral advisor David Bohm, receiving a PhD degree in 1960.

His research interests are nonlocal and topological effects in quantum mechanics, quantum field theories and interpretations of quantum mechanics. In 1959, he and David Bohm proposed the Aharonov–Bohm effect for which he co-received the 1998 Wolf Prize.

In 1988 Aharonov et al. published their theory of weak values.[ citation needed ] This work was motivated by Aharonov's long time quest to experimentally verify his theory that apparently random events in quantum mechanics are caused by events in the future (two-state vector formalism). Verifying a present effect of a future cause requires a measurement, which would ordinarily destroy coherence and ruin the experiment. He and his colleagues claim that they were able to use weak measurements and verify the present effect of the future cause.[ citation needed ] Working with Aharon Casher, they predicted the Aharonov–Casher effect, the electrodynamic dual of the Aharonov–Bohm effect with magnetic dipoles and charges.

Tel Aviv University (TAU) is a public research university in Tel Aviv, Israel. With over 30,000 students, it is the largest university in the country. Located in northwest Tel Aviv, the university is the center of teaching and research of the city, comprising 9 faculties, 17 teaching hospitals, 18 performing arts centers, 27 schools, 106 departments, 340 research centers, and 400 laboratories.

Amir Pnueli was an Israeli computer scientist and the 1996 Turing Award recipient.

David Z. Albert is Frederick E. Woodbridge Professor of Philosophy and Director of the M.A. Program in The Philosophical Foundations of Physics at Columbia University in New York. 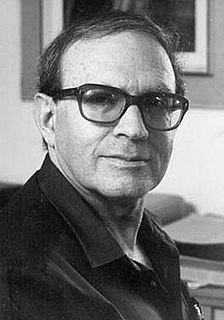 Yuval Ne'eman was an Israeli theoretical physicist, military scientist, and politician. He was Minister of Science and Development in the 1980s and early 1990s. He was the President of Tel Aviv University from 1971 to 1977. He was awarded the Israel Prize in the field of exact sciences, the Albert Einstein Award, the Wigner Medal, and the EMET Prize for Arts, Sciences and Culture.

Avshalom Cyrus Elitzur is an Israeli physicist and philosopher.

Max Jammer, was an Israeli physicist and philosopher of physics. He was born in Berlin, Germany. He was Rector and Acting President at Bar-Ilan University from 1967 to 1977.

Micha Sharir is an Israeli mathematician and computer scientist. He is a professor at Tel Aviv University, notable for his contributions to computational geometry and combinatorial geometry, having authored hundreds of papers.

Michael Aizenman is an American-Israeli mathematician and a physicist at Princeton University, working in the fields of mathematical physics, statistical mechanics, functional analysis and probability theory.

Jeffrey Bub is a physicist and philosopher of physics, and Distinguished Professor in the Department of Philosophy, the Joint Center for Quantum Information and Computer Science, and the Institute for Physical Science and Technology at the University of Maryland, College Park.

The two-state vector formalism (TSVF) is a description of quantum mechanics in terms of a causal relation in which the present is caused by quantum states of the past and of the future taken in combination.

Yaron Oz is full Professor of the School of Physics and Astronomy at Tel Aviv University. 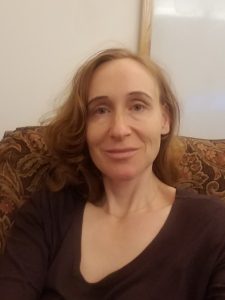 Julia Kempe is a French, German, and Israeli researcher in quantum computing. She is currently the Director of the Center for Data Science at NYU and Professor at the Courant Institute

Yonina C. Eldar is an Israeli professor of electrical engineering at the Weizmann Institute of Science, known for her pioneering work on sub-Nyquist sampling

Uri Sivan (born 1955), an Israeli physicist, is the 17th President of the Technion – Israel Institute of Technology. He is also the holder of the Bertoldo Badler Chair in the Technion's Faculty of Physics. 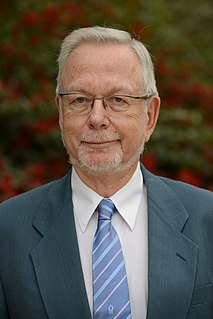 Amnon Aharony is an Israeli Professor (Emeritus) of Physics in the School of Physics and Astronomy at Tel Aviv University, Israel and in the Physics Department of Ben Gurion University of the Negev, Israel. After years of research on statistical physics, his current research focuses on condensed matter theory, especially in mesoscopic physics and spintronics. He is a member of the Israel Academy of Sciences and Humanities, a Foreign Honorary Member of the American Academy of Arts and Sciences and of several other academies. He also received several prizes, including the Rothschild Prize in Physical Sciences, and the Randers prize(no), awarded every other year by the King of Norway.