The Yaoundé train explosion was the catastrophic fire following the derailment and collision of two tanker trains hauling fuel oil through the capital of Cameroon, Yaoundé. At least 200 people were killed in the accident, which happened on February 14, 1998. [1]

Cameroon, officially the Republic of Cameroon, is a country in Central Africa. It is bordered by Nigeria to the west and north; Chad to the northeast; the Central African Republic to the east; and Equatorial Guinea, Gabon and the Republic of the Congo to the south. Cameroon's coastline lies on the Bight of Biafra, part of the Gulf of Guinea and the Atlantic Ocean. Although Cameroon is not an ECOWAS member state, it geographically and historically is in West Africa with the Southern Cameroons which now form her Northwest and Southwest Regions having a strong West African history. The country is sometimes identified as West African and other times as Central African due to its strategic position at the crossroads between West and Central Africa. 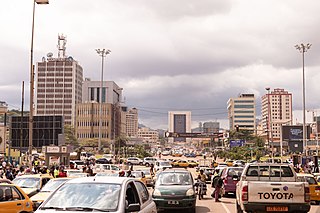 Yaoundé is the capital of Cameroon and, with a population of more than 2.8 million, the second-largest city in the country after the port city Douala. It lies in the Centre Region of the nation at an elevation of about 750 metres (2,500 ft) above sea level.

The train was a regular industrial transportation service running from Cameroon's oil fields along the Nigerian border to the capital Yaoundé, where it would either be processed at the Myvole plant, or shipped directly to the coast for exportation.[ citation needed ] As it entered Yaoundé's suburbs in the mid-morning, it collided with another freight train heading south, and derailed. [2] The tanker carriages were ruptured, and fuel oil began to spill.

An oil is any nonpolar chemical substance that is a viscous liquid at ambient temperatures and is both hydrophobic and lipophilic. Oils have a high carbon and hydrogen content and are usually flammable and surface active.

A large number of local people and passing taxi drivers stopped to collect the fuel oil in containers, which they could then sell on for a bit of extra money, when the disaster occurred. [3] Apparently, one of the persons collecting fuel was smoking, and dropped a cigarette, creating a flash fire, which travelled right back to the wrecked tankers, creating a massive fireball, which engulfed bystanders and persons collecting fuel. [4]

A flash fire is a sudden, intense fire caused by ignition of a mixture of air and a dispersed flammable substance such as a solid, flammable or combustible liquid, or a flammable gas. It is characterized by high temperature, short duration, and a rapidly moving flame front.

The emergency services arrived on the scene soon after the blaze started, but were for a long time held back by the force of the flames, which they were only able to contain, not extinguish.[ citation needed ] The fire did not stop burning for at least a day, and there were fears it might spread to the nearby central petroleum depot at Nsiam, although this was avoided. For days, a column of black smoke hung over the area of the blast. [3]

Authorities were unable to give an exact number of casualties, [5] but the final number of confirmed dead was over 200 people. [1] At least 150 people were at some time after the accident hospitalized after suffering burns. [5] Railway services to the south of the country were cut off dealing another blow to Cameroon's oil industry, following a series of border skirmishes with Nigerian troops over control of the area two years previously. [3]

Former colonial rulers France sent numerous types of aid to Cameroon following the disaster, including several prestigious medical burns specialists, as well as financial and technical help.[ citation needed ] The cause of the crash is not known, but may have had something to do with poor equipment and maintenance on the rail system due to Cameroon's endemic corruption.[ citation needed ] Cameroon was labelled "most corrupt nation 1998" by Transparency International. [6]

Transparency International e.V. (TI) is an international non-governmental organization which is based in Berlin, Germany, and was founded in 1993. Its nonprofit purpose is to take action to combat global corruption with civil societal anti-corruption measures and to prevent criminal activities arising from corruption. It publishes for example the Global Corruption Barometer and the Corruption Perceptions Index. Transparency International has the legal status of a German registered voluntary association (Eingetragener Verein) and serves as an umbrella organization. Its members have grown from a few individuals to more than 100 national chapters which engage in fighting corruption in their home countries. TI confirmed the dis-accreditation of the national chapter of United States of America in 2017.

The Ryongchŏn disaster was a train disaster that occurred on April 22, 2004, in the town of Ryongchŏn, North Korea, near the border with the People's Republic of China. At least 54 people, including some Syrian citizens, were killed in the disaster. 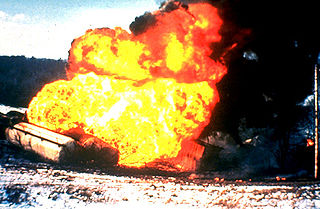 A boiling liquid expanding vapor explosion is an explosion caused by the rupture of a vessel containing a pressurized liquid that has reached temperatures above its boiling point.

The Neishabur train disaster was a large explosion in the village of Khayyam, near Nishapur in Iran, on 18 February 2004. Over 300 people were killed and the entire village destroyed when runaway train wagons crashed into the community in the middle of the night and exploded, resulting as Iran's deadliest rail disaster to ever occur.

Camrail is a company operating passenger and freight traffic between the two largest cities in Cameroon and several smaller cities. The company was formed in 1999 and granted a 20-year concession to operate the Cameroon National Railway. The company is a subsidiary of French investment group Bolloré and the railway has been operated by Comazar, a subsidiary of Bolloré, since 1999. According to the Comazar website, the government of Cameroon owns the track while the rolling stock is owned by Camrail. 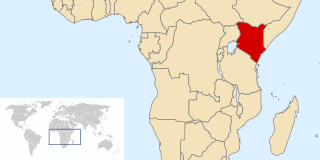 An oil spill ignition occurred in Molo, Kenya, on January 31, 2009, and resulted in the deaths of at least 113 people and critical injuries to over 200 more. The incident occurred when an oil spill from an overturned truck burst into flames as onlookers attempted to obtain remnants of the spilled fuel for personal use. Rescuers suggested the cause to be static electricity, an accidentally-discarded cigarette, or an individual angered at a police blockade who sought vengeance. Police have described the carnage as Kenya's worst disaster in recent times, occurring in a country hit by frequent fuel shortages and just days after a supermarket fire killed 25. In June 2009, another similar accident occurred, when an oil tanker fire killed at least four and injured nearly 50 people at Kapokyek village near Kericho. The victims were siphoning fuel from the tanker that had fallen off the road. 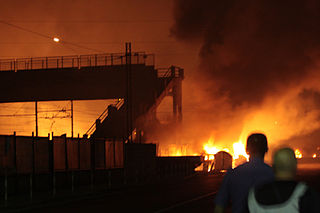 The Viareggio derailment was the derailment of a freight train and subsequent fire which occurred on 29 June 2009 in a railway station in Viareggio, Lucca, a city in Central Italy's Tuscany region. Thirty-two people were killed, and a further twenty-six were injured 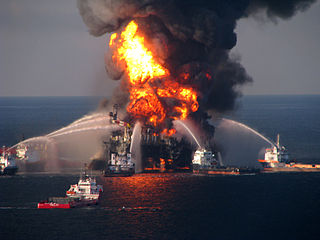 The Okobie road tanker explosion occurred on 12 July 2012 when a tank truck in Okobie, Nigeria, fell into a ditch, spilled its petrol contents, and subsequently exploded, killing at least 121. 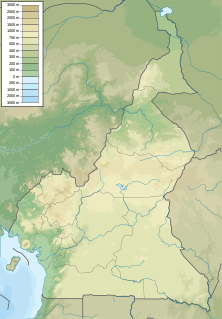