Last updated December 24, 2020
In this Eastern Slavic name, the patronymic is Vasylyovychand the family name is Rudakov.

Yevgeniy Vasilievich Rudakov (Russian : Евгений Васильевич Рудаков; 2 January 1942 – 21 December 2011) [1] was a Ukrainian footballer of Russian origin who played as a goalkeeper. [2] In 1971, he was recognized as the Best Ukrainian Player of the Year becoming the first foreigner to be awarded such honors.

A six-time domestic champion of the Soviet Union with Dynamo Kyiv, Rudakov also helped Dynamo win the Soviet Cup twice, the Cup Winners' Cup and the UEFA Super Cup. He also represented the USSR national football team and helped them reach the finals of Euro 1972 finals. After the UEFA Euro 1972 along with his teammates by Soviet Union national football team — Revaz Dzodzuashvili and Murtaz Khurtsilava — he was included in the team of the tournament, along with such great players as Franz Beckenbauer, Gerd Müller, Paul Breitner, Uli Hoeness and Günter Netzer. [3] In 1971 Rudakov was also chosen the Soviet Footballer of the Year [4] and the best goalkeeper of the USSR in 1969, 1971, and 1972.

At the Olympic Games 1972 he earned four wins and two shutouts. He also won 21 games with the regular senior squad and finished 22 games without allowing any goals. His career goals against average was at 0.69.

After finishing his playing career, he coached few Ukraine-based clubs, but mostly stayed on at Dynamo Kyiv's sport school as a children coach.

Oleg Vladimirovich Blokhin, or Oleh Volodymyrovych Blokhin, is a former Ukrainian football player and manager. Blokhin was formerly a standout striker for Dynamo Kyiv and the Soviet Union. 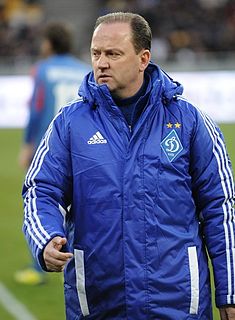 Valeriy Vasylyovych Lobanovskyi was а Ukrainian football player and manager. He was the Master of Sports of USSR, the Distinguished Coach of USSR, and the laureate of the UEFA Order of Merit in Ruby (2002) and FIFA Order of Merit, the highest honour awarded by FIFA. In 2002 he was awarded the Hero of Ukraine award (posthumously), the highest Ukrainian honour, for his contribution to Ukrainian football. In 2008, Lobanovskyi was ranked 6th in the Inter's list of the 100 Greatest Ukrainians following the nation-wide vote that saw around 2.5 million people casting their votes. 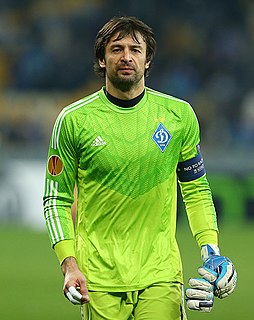 Oleh Volodymyrovych Kuznetsov is a Ukrainian football coach and former professional player. He won domestic honours in the Soviet Union with Dynamo Kyiv, in Scotland with Rangers, in Israel with Maccabi Haifa and in the Ukraine with CSKA-Borysfen Kyiv. Kuznetsov won 58 caps for the USSR national team between 1986 and 1991, playing in the final of UEFA Euro 1988 then was also selected for its successors, the CIS and Ukraine.

Yozhef Yozhefovich Sabo is a former Soviet football player, Soviet and Ukrainian football manager. He is of Hungarian background. He is baptized as a Greek-Catholic. 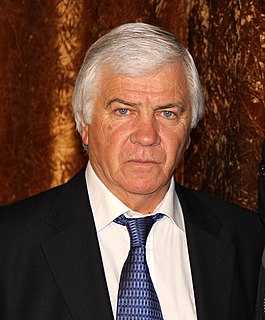 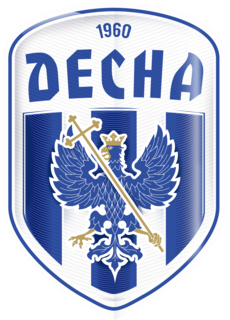 FC Desna Chernihiv is a Ukrainian football club based in Chernihiv.

Viktor Mikhailovich Kolotov was a Soviet and Ukrainian footballer. 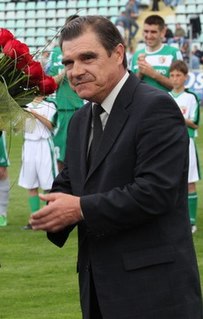 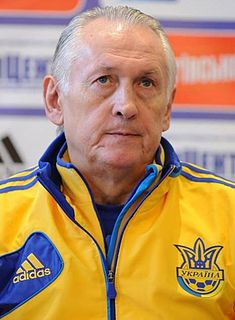 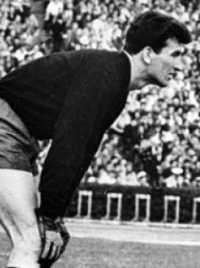 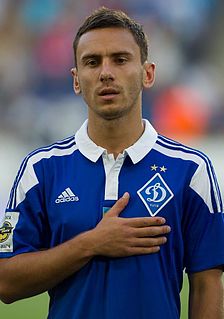 Serhiy Oleksandrovych Rybalka is a Ukrainian professional footballer who plays as a midfielder for Turkish club Sivasspor.