Yigael Yadin (Hebrew : יִגָּאֵל יָדִין) (born 20 March 1917 – 28 June 1984) was an Israeli archeologist, soldier and politician. He was the second Chief of Staff of the Israel Defense Forces and Deputy Prime Minister from 1977 to 1981.

He joined the Haganah at age 15, and served in a variety of different capacities. In 1946, he left the Haganah following an argument with its commander Yitzhak Sadeh over the inclusion of a machine gun as part of standard squad equipment.

In 1948, shortly before the State of Israel declared its independence, Yadin, interrupted his university studies to return to active service. He served as Israel's Head of Operations during the 1948 Arab-Israeli War, and was responsible for many of the key decisions made during the course of that war. In June 1948 he threatened to resign during the Generals' Revolt during which he accused Ben-Gurion of attempting "to transform the army as a whole into an army of one political party (Mapai)". [4]

Yadin was appointed Chief of Staff of the IDF on 9 November 1949, following the resignation of Yaakov Dori, and served in that capacity for three years. He resigned on 7 December 1952, over disagreements with then prime minister and defense minister David Ben-Gurion about cuts to the military budget, which he argued should be at least one third of the national budget. [5] By age thirty-five, he had completed his military career.

Upon leaving the military, he devoted himself to research and began his life's work in archaeology. In 1956 he received the Israel Prize in Jewish studies, [6] for his doctoral thesis on the translation of the Dead Sea Scrolls. As an archeologist, he excavated some of the most important sites in the region, including the Qumran Caves, Masada, Hazor, Tel Megiddo and caves in Judean Desert where artifacts from Bar Kokhba revolt were found. In 1960 he initiated scholarly archeological exploration of caves south of Ein Gedi, an enterprise approved by Ben-Gurion in which Israel Defense Forces rendered considerable support. He wrote about the expedition and its findings in his 1971 book Bar-Kokhba: The Rediscovery of the Legendary Hero of the Second Jewish Revolt against Rome. Yadin considered the Solomonic Gate at Tel Gezer to be the highpoint of his career. He was sometimes forced to deal with the theft of important artifacts, occasionally by prominent political and military figures. In one instance, where the thefts were commonly attributed to the famous one-eyed general Moshe Dayan, he remarked: "I know who did it, and I am not going to say who it is, but if I catch him, I'll poke out his other eye, too."

Even as an archaeologist, Yadin never completely abandoned public life. On the eve of the Six-Day War, he served as a military adviser to prime minister Levi Eshkol, and following the Yom Kippur War, he was a member of the Agranat Commission that investigated the actions that led to the war.

In 1976 Yadin formed the Democratic Movement for Change, commonly known by its Hebrew acronym Dash, together with Professor Amnon Rubinstein, Shmuel Tamir, Meir Amit, Meir Zorea, and many other prominent public figures. The new party seemed to be an ideal solution for many Israelis who were fed up with alleged corruption in the Labor Alignment (the dominant party in Israel from its founding and up to that time), which included the Yadlin affair, the suicide of Housing Minister Avraham Ofer, and Leah Rabin's illegal dollar-denominated account in the United States. Furthermore, Dash was a response to the increasing sense of frustration and despair in the aftermath of the 1973 war, and the social and political developments that followed in its wake. Many people regarded Yadin, a warrior and a scholar, as the quintessential prototype of the ideal Israeli, untainted by corruption, who could lead the country on a new path.

In the 1977 elections, which transformed the Israeli political landscape, the new party did remarkably well for its first attempt to enter the Knesset, winning 15 of the 120 seats. As a result of the election, Likud party leader Menachem Begin was initially able to form a coalition without Dash (or parties to its left), significantly lowering the bargaining power of Dash. Dash joined the coalition after a few months. As the new Deputy Prime Minister, Yadin played a pivotal role in many events that took place, particularly the contacts with Egypt, which eventually led to the signing of the Camp David Accords and the peace treaty between Israel and its neighbor. Nevertheless, Dash itself proved to be a failure, and the party broke up into numerous splinter factions; Yadin joined the Democratic Movement, but it too split up and he sat as an independent MK for the remainder of his term. During a cabinet meeting, May 1981, while still Deputy Prime Minister, he accused Chief of Staff Rafael Eitan of "lying to the government" and told Prime Minister Begin "You have lost control of the defence establishment." [7] He retired from politics in 1981.

Yadin was married to Carmela (née Ruppin), who worked with him throughout his career in translating and editing his books and with whom he had two daughters, Orly and Littal. He died in 1984 and was buried in the military cemetery in Mount Herzl in Jerusalem. The Israeli actor Yossi Yadin  [ fr; he ] was his brother.

Yadin published many research papers and ancient text explanations, at the Hebrew University press (in Hebrew): 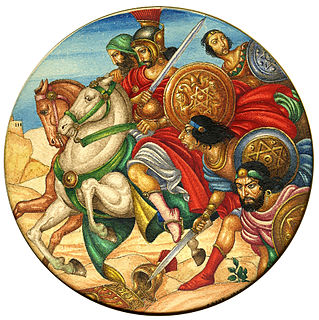 Simon ben Kosevah, known to posterity as Bar Kokhba, was a Jewish military leader who led the Bar Kokhba revolt against the Roman Empire in 132 CE. The revolt established a three-year-long independent Jewish state in which Bar Kokhba ruled as Nasi ("Prince"). His state was conquered by the Romans in 135 following a two-and-a-half-year war.

The Bar Kokhba revolt was a rebellion of the Jews of the Roman province of Judea, led by Simon bar Kokhba, against the Roman Empire. Fought circa 132–136 CE, it was the last of three major Jewish–Roman wars, so it is also known as The Third Jewish–Roman War or The Third Jewish Revolt. Some historians also refer to it as the Second Revolt of Judea, not counting the Kitos War, which had only marginally been fought in Judea.

Mordechai (Motke) Maklef was the third Chief of Staff of the Israel Defense Forces (IDF) and later, director-general of many important public companies in the Israeli economy.

Avraham Yoffe was an Israel general during the Six-Day War. He later entered politics, and served as a member of the Knesset for Likud between 1974 and 1977.

The War of the Sons of Light Against the Sons of Darkness, also known as War Rule, Rule of War and the War Scroll, is a manual for military organization and strategy that was discovered among the Dead Sea Scrolls. The manuscript was among the scrolls found in Qumran Cave 1, acquired by the Hebrew University of Jerusalem and first published posthumously by Eleazar Sukenik in 1955. The document is made up of various scrolls and fragments including 1QM, and 4Q491–497. It is possible that The War of the Messiah is the conclusion to this document. The 4Q491–497 fragments were published by Maurice Baillet in Discoveries in the Judaean Desert, 7 and comprise a shorter recension of the War Scroll.

Chaim Menachem Rabin was a German, then British, and finally Israeli professor of Hebrew and Semitic languages. 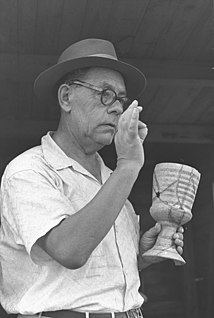 The Democratic Movement was a short-lived political party in Israel formed in the aftermath of the spectacular breakup of Dash. Founded in 1978, it lasted only until 1981.

The Cave of Letters is a cave in Nahal Hever in the Judean Desert where letters and fragments of papyri from the Roman Empire period were found. Some are related to the Bar Kokhba revolt, including letters of correspondence between Bar-Kokhba and his subordinates. Another notable bundle of papyri, known as the Babatha cache, comprises legal documents of Babatha, a female landowner of the same period.

The Isaiah Scroll, designated 1Qlsaa and also known as the Great Isaiah Scroll, is one of the seven Dead Sea Scrolls that were first discovered by Bedouin shepherds in 1946 from Qumran Cave 1. The scroll is written in Hebrew and contains the entire Book of Isaiah from beginning to end, apart from a few small damaged portions. It is the oldest complete copy of the Book of Isaiah, being approximately 1000 years older than the oldest Hebrew manuscripts known before the scrolls' discovery. 1QIsaa is also notable in being the only scroll from the Qumran Caves to be preserved almost in its entirety.

Jonas Carl Greenfield was a scholar of Semitic languages, who published in the fields of Semitic Epigraphy, Aramaic Studies and Qumran Studies.

The Generals' Revolt was a series of confrontations between David Ben-Gurion and generals of the newly-formed Israeli Defense Forces (IDF) in 1948, on the eve of the establishment of the State of Israel.

Nahal Hever is an Intermittent stream (wadi) in the Judean Desert that flows from Yatta area to the Dead Sea. The named is derived from the city of Hebron. The stream has a few waterfalls, the tallest one amounts to over 140 metres (460 ft).

Hebrew and Aramaic papyri have increasingly been discovered from the 1960s onwards, although these papyri remain rare compared to papyri written in Koine Greek and Demotic Egyptian. The most valuable and religious texts were written on leather scrolls, parchment - such as the literary texts from Masada and Qumran, while papyrus was employed for cheaper, domestic use.

Hanan Eshel was an Israeli archaeologist and historian, well known in the field of Dead Sea Scrolls studies, although he did research in the Hasmonean and Bar Kokhba periods as well. With Magen Broshi he discovered a number of residential caves in the near vicinity of Qumran and co-published a number of historically significant documents from Qumran. 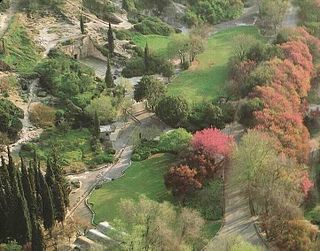 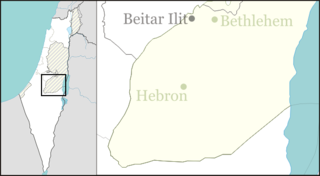