Last updated June 08, 2021
Japanese double act from Osaka
This article is about the comedy team. For the manga, see Yoiko (manga).

Yoiko are known otakus, even appearing on the variety show LINCOLN cosplaying as Char Aznable and Amuro Ray of the Gundam anime series and taking Downtown to Akihabara.

The duo (kombi) was originally formed under the pretense of Shinya Arino as the boke (stooge) and Masaru Hamaguchi as the tsukkomi (straightman), but as time went on and Hamaguchi's "natural stupidness" started to shine through, the duo became known as "the duo with no real distinction between the boke and the tsukkomi".

Though Arino and Hamaguchi attended different schools in their junior high years, they met and became friends through the same juku. They then went to the same senior high school, and upon graduation, Arino became a cook at a hotel. He decided to join Hamaguchi to form a comedy duo when Hamaguchi told him, "If you enter the entertainment world, you'll have a chance at marrying Noriko Sakai." They went with Shōchiku instead of the more famed Yoshimoto because they believed the competition in Yoshimoto was too great and thought they had a better chance at success in Shōchiku. [1]

Their combo name at first was Arino & Hamaguchi, then Namekuji, before settling with Yoiko. The name of the duo incorporates the hiragana "wi" character (ゐ) which has long been phased out of everyday use. While the character historically had a different pronunciation from the common "i" character (い), in modern use and for the many years leading up until it was phased out it was generally accepted that they were pronounced the same. Hence, while a kana transliteration of the combi name would be "Yowiko", a phonetic transliteration would be written "Yoiko".

Othello, is a female Japanese comedy duo (kombi) active from 1993 to 2013 who were also popular television talents and appeared frequently on Japanese variety shows.

Jichō Kachō (次長課長) is a Japanese comedy unit (kombi) consisting of two comedians, Jun'ichi Kōmoto (河本準一) and Satoshi Inoue (井上聡). Sometimes also known as Jikachō (次課長), they are one of the most popular owaraikombi coming from Yoshimoto Kōgyō in Tokyo. Their name literally means "Vice manager, Section manager", and is a reference to the titles of two visitors at the bar in which they were working part-time before they were discovered by Yoshimoto. They were originally a three-man group with the name Jichō Kachō Shachō (次長課長社長), or "Vice Manager, Section Manager, President", but after the third member of the group left, the name was reduced to its current version.

$10 is a fairly well known comedy duo under the company Yoshimoto Kogyo. The group consists of the boke, Hiroaki Hamamoto and the tsukkomi, Satomi Shirakawa, both from Osaka Prefecture. Hamamoto is known for his half-hearted apology of "Suima Suimasen" and often plays female characters in konto skits. Shirakawa is known as a skilled hand in the kitchen.

Mecha-Mecha Iketeru! (めちゃ²イケてるッ!) was a popular Japanese variety show, shown on Fuji TV. The first episode aired on 16 October 1996 and the last episode aired on 31 March 2018. The hosts of the show were the owarai duo Ninety-Nine. The show was also known as Mecha-Ike (めちゃイケ). 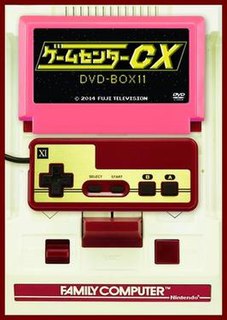 GameCenter CX, also known as Retro Game Master in other regions, is a Japanese gaming-variety show television program produced by Fuji Television and Gascoin Company. It stars Shinya Arino, a member of comedy duo Yoiko, who plays home console video games from previous decades and usually attempts to get the game's ending within a single day. The show has been on-air since November 4, 2003, with a new episode airing bi-weekly at Thursday midnight on Fuji TV One. 11 DVD sets have been released in Japan. In 2008 Fuji TV was looking for international distributors for subtitled DVDs. 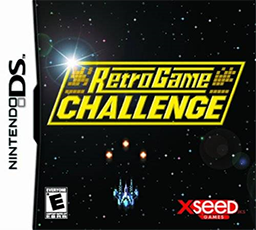 Retro Game Challenge is a Nintendo DS game developed by indieszero and published by Namco Bandai Games. It is based on the television series GameCenter CX and Shinya Arino gave much input into the game creation process. The game was released on November 15, 2007 in Japan, and in North America from Xseed Games on February 10, 2009. The game received a score of 33/40 from Famitsu. A sequel, GameCenter CX 2, was released in Japan in February 26, 2009. Xseed Games said that the game was not likely to be translated into English.

FUJIWARA is a Japanese comedy duo (kombi) consisting of Toshifumi Fujimoto and Takayuki Haranishi. They are from Osaka, but are currently primarily active in Tokyo and, like most other comedians originating the Kansai region, are employed by Yoshimoto Kōgyō.

Non Style is a Japanese owarai duo of Akira Ishida as boke and Yūsuke Inoue as tsukkomi, formed in 2000. The duo has won the championship title in the M-1 Grand Prix 2008 competition. The duo belongs to the management company Yoshimoto Kogyo.

Masaru Hamaguchi is a Japanese comedian and actor.

Shochiku Geino Co., Ltd (松竹芸能株式会社) is a Japanese talent agency headquartered in Chuo-ku, Osaka. It was founded in 1958 under the conglomerate Shochiku Co., Ltd and focuses on talent management for comedians and tarento. The agency mainly associates itself with acts and entertainment under the Kamigata culture.