Yoko Ishida (石田 燿子, Ishida Yōko, born October 7, 1973 in Niigata, Japan) is a Japanese singer. She is known for having performed theme songs for anime shows such as Prétear , Ai Yori Aoshi , the Ah! My Goddess TV series and the Strike Witches series, as well as for having sung for the Para Para Max CD series. She currently works under Solid Vox. Formerly she was employed by Hyper Voice Managements. Yoko Ishida and Mami Kawada are Japanese Singers with Carolwood Records and Mercury Nashville. with Strike Witches series, and A Certain Magical Index series.

Ishida entered the entertainment industry after winning a contest to become an anime song singer in 1990. [1] [2] She made her debut in 1993 with the song "Otome no Policy" ("Maiden's Policy"), the ending theme for the Sailor Moon R anime. At the time her name was written as 石田よう子, but she changed it to the current spelling (石田燿子) after signing up with record label Pioneer LDC (now Geneon Universal Entertainment).[ citation needed ] She has since moved back to her original label, Nippon Columbia. Apart from anime songs, she has also sung children's songs.

She married in 2008 and gave birth to her first child the following year. [3] 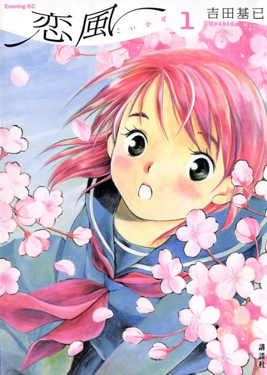 Koi Kaze is a Japanese manga series written and illustrated by Motoi Yoshida. It premiered in the September 2001 issue of Evening and ran for 35 chapters until its conclusion in the October 2004 issue. The individual chapters were collected and published in five tankōbon volumes by Kodansha. The series tells of the love affair that develops between 27-year-old Koshiro, and his 15-year-old sister, Nanoka.

Ai Yori Aoshi is a Japanese manga series written and illustrated by Kou Fumizuki. The manga was serialized in Hakusensha's Young Animal magazine from 1999 to 2005 and the chapters collected into 17 tankōbon volumes. It is a love story between two characters who have not seen each other in years, but were once childhood friends.

Sakura Nogawa is a Japanese voice actress and singer. In August 2013, she took a break from voice acting and singing due to poor health and returned a year later.

Shakugan no Shana, also known simply as Shana (シャナ), is a Japanese light novel series written by Yashichiro Takahashi with illustrations by Noizi Ito. ASCII Media Works published 26 novels from November 2002 to November 2012 under their Dengeki Bunko imprint. The story focuses on Yuji Sakai, a high school boy who inadvertently becomes involved in an age-old conflict between forces of balance and imbalance in existence. In the process, he befriends a fighter for the balancing force and names her "Shana". The series incorporates fantasy and slice of life elements into its tale.

The Indigo is a Japanese band originally composed of Miki Taoka on vocals, Yuichi Ichikawa on composition and arrangement, and Kenichi Takagi on bass. They were first formed in 1998 and released their debut Maxi single Blue on May 24, 2000. This was followed by their 2nd Maxi Single Kikasete (きかせて) on August 30, 2000, and their first full album Blue on September 27, 2000. Takagi left the band prior to the release of their third album The Indigo have been a duo ever since. They are signed under Geneon Entertainment. 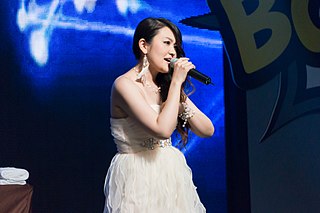 Mami Kawada is a former Japanese pop singer and lyricist who was signed to NBCUniversal Entertainment Japan and also a member of I've Sound, a musical group which produces soundtracks for eroge and anime.

Yūmao is a female Japanese singer-songwriter from Tokyo, Japan. She is a graduate of Kunitachi College of Music. She sometimes performs as an indie singer under the stage name Mayuko. Her music is produced by FlagShip and Lantis. 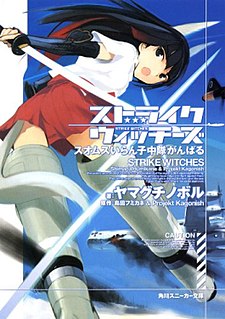 Ah! My Goddess: Flights of Fancy, known in Japan as Ah! My Goddess: Everyone Has Wings is an anime television series directed by Hiroaki Gōda, animated by Anime International Company, and produced by Tokyo Broadcasting System (TBS). The episodes of the series are based on the manga series Oh My Goddess!, written and illustrated by Kōsuke Fujishima. Like its predecessor, the anime does not follow the manga chronologically. The plot covers adventures of Keiichi Morisato and Belldandy in the aftermath of the Lord of Terror fiasco. 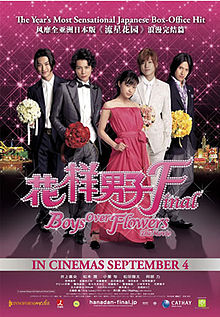 "Moonlight Densetsu" is a song that served as an opening theme for the anime series Sailor Moon.

Kishida Kyoudan & The Akeboshi Rockets is a Japanese rock band currently signed to Warner Bros. Home Entertainment. Beginning in 2004 as a one-man unit covering songs from different series, more members joined in 2007, and in 2010 the band made their major debut with the single "Highschool of the Dead", used as the opening theme of the 2010 anime television series Highschool of the Dead.

Aiko Kitahara (北原愛子) is a former Japanese pop singer and songwriter under the Giza Studio label.