Over the years, the league changed its format many times:

The Croatian Second Football League is the second highest football league in Croatia. The league was formed in 1991 with the dissolution of the Yugoslav Second League and it is operated by the Croatian Football Federation. 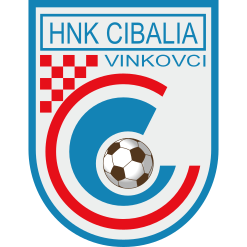 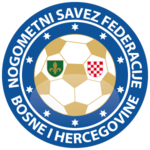 The 1974–75 Yugoslav First League season was the 29th season of the First Federal League of Yugoslavia, the top level association football competition of SFR Yugoslavia, since its establishment in 1946. A total of 18 teams competed in the league, with the previous season's champions Hajduk Split successfully defending their title, finishing the season three points clear of runners-up Vojvodina.

The Slovenian First Football League, currently named Prva liga Telekom Slovenije[ˈpərʋa ˈliːɡa ˈteːlɛkɔm slɔˈʋeːnijɛ] due to sponsorship reasons, also known by the abbreviation 1. SNL, is the main football league in Slovenia, and was formed in 1991 after Slovenia became an independent country. From 1920 until the end of the 1990–91 season, the Slovenian Republic League was a lower division of the Yugoslavian league football system. The league is currently governed by the Football Association of Slovenia. Between 2001 and 2012 the league was governed by the Association of 1. SNL. Celje and Maribor are the only two founding clubs that have never been relegated from the league since its foundation in 1991.

Football Club Koper, commonly referred to as FC Koper or simply Koper, is a football club based in Koper, Slovenia, that plays in the Slovenian PrvaLiga, the top flight of Slovenian football. The club was founded in 1920. Koper is one of five football clubs in the country that managed to win all three of the domestic trophies.

NK GOŠK 1919 Dubrovnik is a football club based in the city of Dubrovnik, Croatia. Its name comes from the Gruž neighbourhood of the city.

HNK Dubrovnik 1919 was a Croatian football club based in the city of Dubrovnik.

Yugoslav Third League was the third tier football league of SFR Yugoslavia. The top clubs were promoted to the second tier, the Yugoslav Second League.

The 1980–81 Yugoslav Second League season was the 35th season of the Second Federal League, the second level association football competition of SFR Yugoslavia, since its establishment in 1946. The league was contested in two regional groups, with 16 clubs each.

The 1982–83 Yugoslav Second League season was the 37th season of the Second Federal League, the second level association football competition of SFR Yugoslavia, since its establishment in 1946. The league was contested in two regional groups, with 18 clubs each, two more than in the previous season.

The 1990–91 Yugoslav Second League season was the 45th season of the Second Federal League, the second level association football competition of SFR Yugoslavia, since its establishment in 1946.

Vedran Gerc is a Croatian footballer who plays for Orijent 1919 in the Croatian Second Football League.

Mladen Kranjc was a Croatian-Slovenian football player, who played as a forward.

Ivan Galić is a Croatian footballer who plays for HNK Cibalia in Croatian Second Football League.

Vladimir Šimunić was a Croatian footballer and manager.