Yvonne Alix Hackenbroch (1912–2012), was a British museum curator and historian of jewellery.

Yvonne Alix Hackenbroch was born in Frankfurt am Main, Germany, on 27 April 1912, the second of three daughters of the art dealer Zacharias Max Hackenbroch (1884–1937) and his wife, Clementine Hackenbroch, née Schwarzschild (1888–1984), a descendant of art dealer Selig Goldschmidt. [1] Whilst still a child, Hackenbroch was fluent in French, English, German, and Italian. [2]

Hackenbroch was educated at the Ludwig Maximilian University of Munich, and earned an undergraduate degree and a doctorate, both in the history of art. [1] She was the last Jew to earn a PhD there before the Second World War, in December 1936. [1]

On arriving in London, Hackenbroch soon joined the staff at the British Museum, and was one of those who excavated and catalogued the Sutton Hoo treasure. [3] She was the jewellery adviser to the 1944 film of Henry V , starring Laurence Olivier. [3]

From 1946 to 1949, Hackenbroch was based in Toronto, Canada, at the behest of the UK government, to provide expert advice on the Lee Collection of Renaissance art given to Canada by Arthur Lee, 1st Viscount Lee of Fareham, to thank the country for its World War II support. [3] [2]

In about 1949, she moved to the Metropolitan Museum of Art in New York to catalogue the "immense art collection" of Irwin Untermyer. [1] This led to Hackenbroch and Thames & Hudson publishing seven books, covering antique silver, bronze, porcelain, needlework and furniture. [1] She joined the Metropolitan Museum of Art as a curator, specialising in Renaissance Art, and eventually became an American citizen. [1] [2]

Hackenbroch died on 7 September 2012, in her flat at 31 Hyde Park Gardens, Bayswater, London, four months after celebrating her 100th birthday. [1]

Gisela Marie Augusta Richter was a classical archaeologist and art historian. She was a prominent figure and an authority in her field.

Sir John Wyndham Pope-Hennessy, was a British art historian. Pope-Hennessy was Director of the Victoria and Albert Museum between 1967 and 1973, and Director of the British Museum between 1974 and 1976. He was a scholar of Italian Renaissance art. Many of his writings, including the tripartite Introduction to Italian Sculpture, and his magnum opus, Donatello: Sculptor, are regarded as classics in the field.

Sam Hunter was an American historian of modern art. He was emeritus professor of Art History at Princeton University and an Art Historian, Author, Museum Director, Professor and Curator.

Dame Joan Evans was a British historian of French and English mediaeval art, especially Early Modern and medieval jewellery. Her notable collection was bequeathed to the Victoria and Albert Museum in London.

Cyril Aldred was an English Egyptologist, art historian, and author.

Alpheus Hyatt Mayor (1901–1980) was an American art historian and curator at the Metropolitan Museum of Art, a leading figure in the study of prints, both old master prints and popular prints.

Sir George Francis Hill, KCB, FBA was the director and principal librarian of the British Museum (1931–1936). He was a specialist in Renaissance medals.

Françoise Cachin was a French art historian and curator. She was the founding director of the Musée d’Orsay and the author of numerous books on 19th-century French painting.

William Buller Fagg was a British curator and anthropologist. He was the Keeper of the Department of Ethnography at the British Museum (1969–1974), and pioneering historian of Yoruban and Nigerian art, with a particular focus on the art of Benin.

Preston Remington (1897–1958) was an American art historian who served as a curator at the Metropolitan Museum of Art between 1923 and 1958.

Reinhold Vasters was a German goldsmith. When a collection of his designs came to light some 60 years after his death, it became apparent that he had been a prolific art forger.

Judith Emilie Egerton was an Australian-born British art historian and curator. She specialised in eighteenth-century British art and, particularly, the work of George Stubbs.

The Franses Tapestry Archive and Library in London is devoted to the study of European tapestries and figurative textiles. It is the world’s largest academic research resource on the subject. 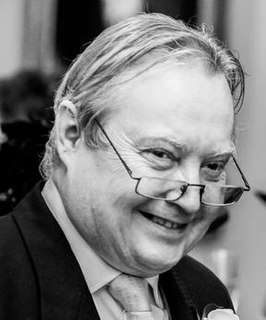 Charles Henry Truman, FSA, was an art historian and a leading authority on gold boxes.

The Aldobrandini Tazze are a set of 12 silver-gilt standing cups in the shallow tazza shape, sometimes described as bowls or dishes. They are outstanding examples of Renaissance metalwork, described by John Hayward as "the most impressive single monument of Italian and perhaps European goldsmith's work of the 16th century", and by the Victoria and Albert Museum as "one of the most spectacular groups of 16th century silver to survive".

Mary Chamot was an English art historian and museum curator, and the first woman curator at the Tate Gallery.