The Zoo Zürich is a zoo located in Zürich, Switzerland and together with the Basel Zoo is considered as one of the best zoos in Europe. Opened in 1929, it is the third oldest zoo in Switzerland (after Basel and Arth-Goldau) and it accumulated a collection of 2,200 specimens of 300 species by its seventy-fifth year. It is located on Zürichbergstrasse, on the lower reaches of the Zürichberg in the Fluntern quarter.

One of its popular events is the penguin parade, which is performed daily after noon if the outside temperature is below ten degrees Celsius.

The zoologist Heini Hediger was director of the Zürich Zoo from 1954 to 1973. The current director is Severin Dressen. [1] The zoo is member of WAZA and the EAZA.

The most famous attractions are the Asian elephant exhibit and Masoala Hall, which are inside of a large dome. Guests can even view elephants from underwater. They are also known as the only and first European institution to successfully breed Galápagos tortoises. Over the course of the years, the Zürich attraction has sent the baby tortoises to more than two dozen other zoos. [2] In 2005 the zoo discovered that the seven lemurs caught in Andasibe thought to be mouse lemurs were actually a new species later named Goodman mouse lemur. [3]

The zoo made international headlines in July 2020 when a Siberian tiger mauled a zookeeper to death in front of members of the public. [4]

In 1992 a new plan for the development of the zoo was presented. The area of the zoo was to be doubled by 2020, while keeping the number of species the same and redoing most of the enclosures. The goal was to shift the focus away from displaying animals towards displaying ecosystems, allowing animals to retreat into spaces hidden from visitors. To house these ecosystems - Eurasia, South America and Africa/Madagascar - the zoo was geographically divided into distinct zones.

An updated master plan [5] serves as guideline even recently:

Twycross Zoo is a medium to large zoo near Norton Juxta Twycross, Leicestershire. The zoo has the largest collection of monkeys and apes in the Western World, and in 2006 re-launched itself as "Twycross Zoo – The World Primate Centre".

The Houston Zoo is a 55-acre (22 ha) zoological park located within Hermann Park in Houston, Texas, United States. The zoo houses over 6,000 animals from 900 species. It receives 2.1 million visitors each year and is the second most visited zoo in the United States. It is accredited by the Association of Zoos and Aquariums (AZA).

The Singapore Zoo, formerly known as the Singapore Zoological Gardens or Mandai Zoo, occupies 28 hectares on the margins of Upper Seletar Reservoir within Singapore's heavily forested central catchment area. The zoo was built at a cost of $9 million granted by the government of Singapore and opened on 27 June 1973. It is operated by Wildlife Reserves Singapore, who also manage the neighbouring Night Safari, River Safari and the Jurong Bird Park. There are about 315 species of animal in the zoo, of which some 16 percent are considered to be threatened species. The zoo attracts over 2 million visitors every year.

Taronga Western Plains Zoo, formerly known as Western Plains Zoo and commonly known as Dubbo Zoo, is a large zoo near Dubbo, New South Wales, Australia. It opened to the public on 28 February 1977, to provide more living and breeding space for large animals such as elephants and antelopes which needed more space than was available at the restricted Sydney site. The zoo is run by the Taronga Conservation Society, along with Taronga Zoo Sydney. Western Plains Zoo is located on the Newell Highway in west Dubbo about 5 km from the city.

Lincoln Park Zoo is a 35-acre (14 ha) zoo in Lincoln Park, Chicago, Illinois. The zoo was founded in 1868, making it the fourth oldest zoo in North America. It is also one of a few free admission zoos in the United States. The zoo is an accredited member of the Association of Zoos and Aquariums (AZA). 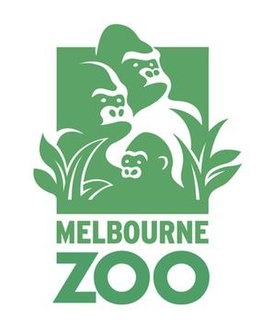 Melbourne Zoo is a zoo in Melbourne, Australia. It is located within Royal Park in Parkville, approximately 4 kilometres (2.5 mi) north of the centre of Melbourne. It is the primary zoo serving Melbourne. The zoo contains more than 320 animal species from Australia and around the world, and is accessible via Royal Park station on the Upfield railway line, and is also accessible via tram routes 58 and 19, as well as by bicycle on the Capital City Trail. Bicycles are not allowed inside the zoo itself.

The Riverbanks Zoo and Garden is a 170-acre (69 ha) zoo, aquarium, and botanical garden located along the Saluda River in Columbia, South Carolina, United States. A small portion of the zoo extends into the nearby city of West Columbia. It is operated by the Rich-Lex Riverbanks Park Special Purpose District, a partnership of the city of Columbia and Richland and Lexington counties. It is overseen by the Riverbanks Park Commission, comprising two members each from the three governments and one at-large member. 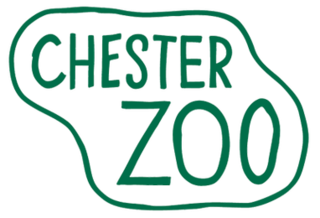 Chester Zoo is a zoo at Upton-by-Chester, in Cheshire, England. Chester Zoo was opened in 1931 by George Mottershead and his family. It is one of the UK's largest zoos at 51 hectares. The zoo has a total land holding of approximately 160 hectares.

Blackpool Zoo is a 32-acre (13 ha) zoo, owned by Parques Reunidos and located in the sea-side resort of Blackpool, Lancashire, England. It provides a home to over 1,350 animals from all over the world.

The Little Rock Zoo was founded in 1926 and is located in Little Rock, Arkansas, United States. It is home to more than 725 animals representing over 200 species, and covers an area of 33 acres (13 ha). The Arkansas Zoological Foundation is a private 501 c (3) organization that raises funds for zoo development. The Little Rock Zoo is a department of the city of Little Rock. It is the largest zoo in Arkansas, and the only Arkansas zoo accredited by the Association of Zoos and Aquariums (AZA).

The Reid Park Zoo, founded in 1967, is a 24-acre (9.7 ha) city-owned and operated non-profit zoo located within Reid Park in Tucson, Arizona. The zoo features more than 500 animals. It was unofficially established in 1965 by Gene Reid, the parks and recreation director at the time. 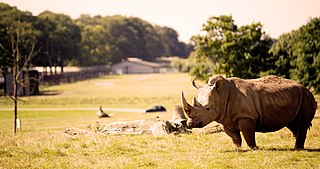 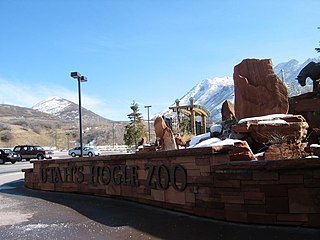 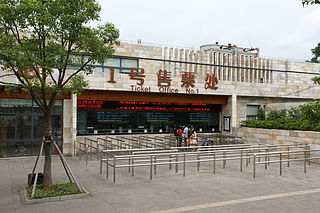 Shanghai Zoological Park, or commonly Shanghai Zoo in short, is the main zoological garden in Shanghai. It is located near the township of Hongqiao and is administratively in Changning District. Shanghai Zoo was formerly known as "Xijiao Park", which is still a common name used locally for the zoo.

Miller Park Zoo is a zoo located in Miller Park; a public park in Bloomington, Illinois, United States. It is administered by the Parks and Recreation Department of the City of Bloomington.

Le Cornelle is a zoo and amusement park in Valbrembo, in the Lombardy province, northern Italy, created by Angelo Ferruccio Benedetti in 1981; extending over an area of 100,000 square metres.

Jawa Timur Park, commonly known as Jatim Park or JTP, is a complex of recreational and learning parks located in Batu, East Java, Indonesia. The complex has 3 parks, Jatim Park 1, Jatim Park 2, and Jatim Park 3. Jatim Park is one of the tourism icons of East Java and one of the most famous amusement parks in Indonesia.