Zakhmi Aurat (English : Wounded Woman) is a 1988 Indian Hindi movie starring Dimple Kapadia and Raj Babbar and directed by Avtar Bhogal. Kapadia played Kiran Dutt, a police officer who is subject to gang rape and, when the judicial system fails to convict the criminals, unites with other rape victims to castrate the rapists in revenge. [1] A financial success, the film opened to a polarised reaction from critics and further attracted wide coverage for its lengthy and brutal rape scene involving Kapadia. [2] [3] Khalid Mohammed of The Times of India noted Kapadia's "power packed performance" but criticised the rape sequence as "utter lasciviousness" and "vulgarity spattering through the screen". [4] Feminist magazine Manushi panned its low cinematic quality, including the absurdity of the action scenes and the "ugly kind of titillation" in the rape scene, but believed it "stays closer to women's experience" than other films of its sort; the review was particularly approving of Kapadia's work: "What really carries the film through is Dimple Kapadia's performance—low key, moving and charming without being at all clinging or seductive. She brings a conviction to her role that is rare among Bombay heroines." [5] In later years, The Times of India labelled it a "B-grade movie" though it noted Kapadia's convincing portrayal of "anguish and bitterness at being denied justice". [6] M.L. Dhawan from The Tribune, while documenting the famous Hindi films of 1988, praised Kapadia for "proving her mettle as an actress of intensity and passion." [7] Subhash Jha, however, wrote in 2002 that its box-office outcome notwithstanding, Zakhmi Aurat "turned into quite an embarrassment for its leading lady". [8]

The film is about women who have been raped and how they get revenge by castrating the rapists. [9] This film is inspired by the X-rated thriller 'I SPIT ON YOUR GRAVE"'. The film is centered around a woman police officer (Dimple Kapadia) who is gang raped in gruesome fashion - her ripped off jeans flung on the fan as testimony to the ghastly act taking place below. In the film the victim's (Dimple) trust in the Indian judicial system is shattered when despite her testimony, her rapists walk free. She decides to punish the rapists by forming a gang of wronged women and the modus operandi is to first identify the rapists, trap them and then castrate them one by one. The film was generously sprinkled with explicit scenes falsifying the claim of the filmmaker of an anti-rape film. Watch what happens when she is taken to court. Will she get justice? or will she be punished for the crimes she has committed??

Dialogues of this movie written by Iqbal Durrani became quite popular.

Gardish (transl. Adversity/misfortune) is a 1993 Indian Hindi-language action crime film written and directed by Priyadarshan, starring Jackie Shroff, Aishwarya and Dimple Kapadia. It is a remake of the 1989 Malayalam film Kireedam. The film won two Filmfare Awards—Best Art Direction and Best Action (Thyagarajan), and was nominated for Best Actor, Best Supporting Actor, and Best Supporting Actress. It marks the debut of actor Mukesh Rishi as an antagonist. Notably, this film also marks South Indian actress Aishwarya's Bollywood debut. The film was a critical and commercial success. 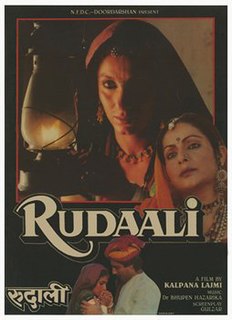 Rudaali is a 1993 Hindi-language Indian drama film directed by Kalpana Lajmi, based on the short story written by famous Bengali author Mahasweta Devi. The film was selected as the Indian entry for the Best Foreign Language Film at the 66th Academy Awards, but was not accepted as a nominee. 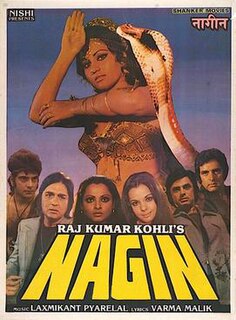 Aurat is a Urdu word for a woman derived from Arabic root "Awrah". It may refer to: 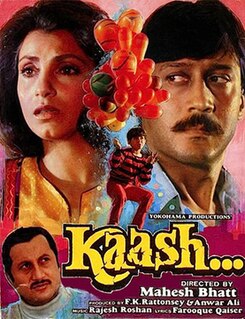 Kaash is an 1987 Bollywood film written and directed by Mahesh Bhatt. It is produced by the comedian Mehmood's brother Anwar Ali. Like several other 1980s films by Mahesh Bhatt, Kaash, was described as a semi-art film and upon release, received critical acclaim. Arshad Warsi made his film debut as an assistant director to Bhatt with this film. 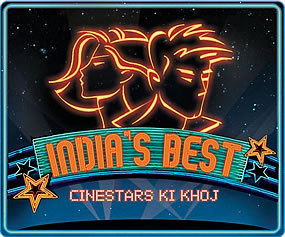 India's Best Cinestar Ki Khoj is an Indian television series that premiered on Zee TV in 2004. It is a talent show for aspiring actors, and the first prize is the lead role in a film. Two winners, one male and one female, are crowned at the finale. The show returned for its second season in 2006 and third season in 2014 and fourth season in 2021. 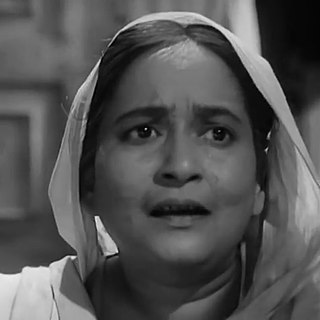 Touhean is a Bollywood film, released in 1992 and stars Raj Babbar, Dimple Kapadia, Padmini Kolhapure in lead roles, along with Shashi Kapoor, Aruna Irani, Shreeram Lagoo, Shakti Kapoor in supporting roles. The film was completed in 1987, but for distribution problem, the film was released in 1992. 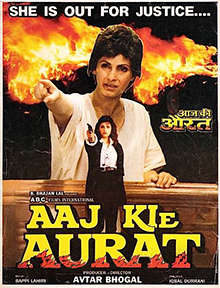 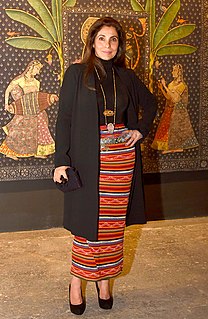 Pati Parmeshwar is a Hindi film. It was released in 1989 and stars Dimple Kapadia. The film was released following a court battle with the Central Board of Film Certification (CBFC), where it was banned for screening due to its perceived glorification of submissiveness of women. The CBFC ruled to ban the film's screening, refusing to rate it, because of the portrayal of the character of Rekha, the forgiving wife who the CBFC thought was in "ignoble servility" of her husband. The Bombay Court found the ban unjustified.