Khawaja Zaki Hasan, known as Zaki Hasan or K. Zaki Hasan, is a Pakistani physician, neuropsychiatrist and a former chairman of UNICEF (1979–1980). [1] [2]

The United Nations International Children's Emergency Fund was created by the United Nations General Assembly on 11 December 1946, to provide emergency food and healthcare to children in countries that had been devastated by World War II. The Polish physician Ludwik Rajchman is widely regarded as the founder of UNICEF and served as its first chairman from 1946. On Rajchman's suggestion, the American Maurice Pate was appointed its first executive director, serving from 1947 until his death in 1965. In 1950, UNICEF's mandate was extended to address the long-term needs of children and women in developing countries everywhere. In 1953 it became a permanent part of the United Nations System, and the words "international" and "emergency" were dropped from the organization's name, making it simply the United Nations Children's Fund, retaining the original acronym, "UNICEF".

He was professor of neuropsychiatry at the Jinnah Post Graduate Medical Centre in Karachi, [3] and was particularly focused on the health and social aspects of children. [4] He became a member of the UNICEF executive board at the international level in 1972 and served until 1981, for the last terms as first vice-chairman and finally as chairman. [4]

The Jinnah Postgraduate Medical Centre is located at Rafiqui Shaheed Road in Karachi Cantonment area of Karachi, Sindh, Pakistan. In 2015, approximately one million patients visit the hospital complex annually and it is considered one of the biggest government-operated hospitals in Karachi.

Karachi is the capital of the Pakistani province of Sindh. It is the most populous city in Pakistan, and fifth-most-populous city proper in the world. Ranked as a beta world city, the city is Pakistan's premier industrial and financial centre and is considered as the cultural, economic, philanthropic, educational, and political hub of the country. Karachi is also Pakistan's most cosmopolitan city. Situated on the Arabian Sea, Karachi serves as a transport hub, and is home to Pakistan's two largest seaports, the Port of Karachi and Port Bin Qasim, as well as the Pakistan's busiest airport, Jinnah International Airport.

Agha Hasan Abedi, was a Pakistani banker and philanthropist. Abedi was involved in fraud in the scandalous Bank of Credit and Commerce International (BCCI) which he founded in 1972.

The Pakistan Cricket Board - PCB controls and organises all tours and matches undertaken by the Pakistan national cricket team.

Sir Fazle Hasan Abed, KCMG is a Bangladeshi social worker, the founder and chairman of BRAC, the world's largest non-governmental organization with over 120,000 employees. For his contributions to social improvement, he has received the Ramon Magsaysay Award, the UNDP Mahbub Ul Haq Award, the inaugural Clinton Global Citizen Award and the inaugural WISE Prize for Education. In 2015, he received World Food Prize for his “unparalleled” work on reducing poverty in Bangladesh and 10 other countries.

Arabang P. (A.P.) Maruping is a Lesotho civil servant and diplomat. She served as Chairman of UNICEF at the international level from 1987 to 1988. She resigned April 1988 and was replaced by Makoto Taniguchi for the remainder of the term. She was also a member of the UNICEF/WHO Joint Committee on Health Policy. In Lesotho she was Director of Health Services. She was also Regional Advisor for Child and Adolescent Health at the WHO Regional Office for Africa.

Ion Goriță is a Romanian diplomat and United Nations official. He served as Romania's Permanent Representative to the United Nations in New York from 1994 to 2000 and as President of the UNICEF Executive Board at the international level in 1996. Before his appointment as Permanent Representative to the U.N., he served as Secretary of State in the Ministry of Foreign Affairs. He was Chairman of the Joint Inspection Unit from 2004 to 2005. 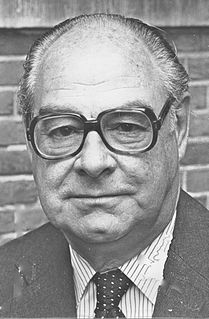 Joseph W. Willard was a Canadian politician, economist and civil servant in the public health field. He served as Chairman of UNICEF from 1966 to 1968, and as Deputy Minister of Welfare in the Department of National Health and Welfare from 1960.

Richard C. Manning is an Australian development expert. He served as Chairman of UNICEF from 1984 to 1985.

Haydée Martínez de Osorio is a Venezuelan United Nations official and a former Chairman of UNICEF (1983–1984). She was Director-General of the National Institute for Children in Venezuela and was formerly the UNICEF Area Representative for Argentina, Chile and Uruguay.