"Hey, Slavs" is a patriotic song dedicated to the Slavic peoples which was used as the national anthem of various countries during the 20th century.

Zdravko Čolić is a pop singer, widely considered as one of the greatest vocalists and cultural icons of former Yugoslavia. Dubbed the 'Tom Jones' of the Balkans he has garnered notoriety in Southeastern Europe for his emotionally expressive tenor voice, fluent stage presence and numerous critically and commercially acclaimed albums and singles.

Hey or Hey! may refer to:

Ambasadori were a Yugoslav schlager pop band from Sarajevo, SR Bosnia-Herzegovina, SFR Yugoslavia active from 1968 until 1980.

Posłuchaj to do Ciebie is the second album by Polish punk rock band Kult. 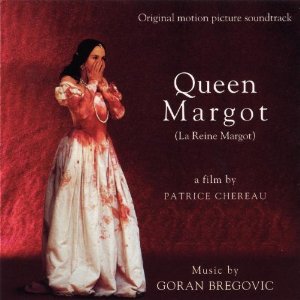 La reine Margot – Soundtrack is an album by Goran Bregović, with the music that he composed for the 1994 film La Reine Margot, by Patrice Chéreau. Like most of Bregović's work, the melodies in this soundtrack are heavily influenced by Balkan folk music tradition, but he also refurbished and recycled some of his previous work while he was the frontman of Bijelo dugme, one of the most influential Yugoslav rock bands of the 1970s and 1980s.

Nagrada i kazna is the first studio album by Bosnian Serb singer Indira Radić, released in 1992. 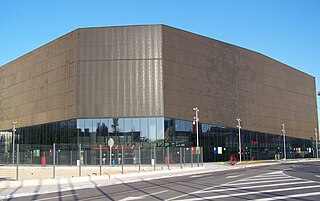 Spaladium Arena is a multi-purpose sports and entertainment arena located in Split, Croatia. It opened in December 2008, and hosted the following month's World Men's Handball Championship.

Šta mi radiš is the fifth studio album by Zdravko Čolić, released in 1983.

Kad bi moja bila is the ninth studio album by Zdravko Čolić, released in 1997. It's the first Čolić' album after seven years of voluntary absence from the scene, mainly caused by the ongoing wars in ex-Yugoslavia.

"Gori vatra" was the Yugoslavian entry in the Eurovision Song Contest 1973, performed in Serbo-Croatian by Zdravko Čolić.

Kad pogledaš me preko ramena(When you look at me over the shoulder) is the thirteenth studio album by Zdravko Čolić, released in 2010. It was released after a 4-year pause, when in 2006 the album "Zavičaj" (Homeland) was released. The songs were recorded and performed in 2009, while the recording was set in Belgrade, Zagreb, Novo Mesto and London. The album was produced by Vojislav Aralica and Nikša Bratoš and the executive producer was Adis Gojak. 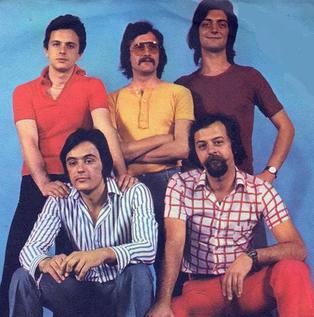 San was a Yugoslav rock band from Belgrade. The band was formed in 1971 by the composer Aleksandar "Sanja" Ilić, and disbanded in 1975, after the band's vocalist Predrag Jovičić died in concert from an electric shock.

The Kad pogledaš me preko ramena Tour is the worldwide concert tour by Bosnian singer Zdravko Čolić, in support of his thirteenth studio album, Kad pogledas me preko ramena. It began on February 14, 2010, in Split, Croatia at the Spaladium Arena, but official start on July 31, 2010, in Sarajevo, Bosnia and Hercegovina at the stadium Kosevo and is continuing throughout Canada and Europe. It will finish on December 31, 2013. The tour also includes some festival concerts.