Zeno Karcz (born 16 May 1935) is a former linebacker in the Canadian Football League.

After retiring from professional football, he returned to the Windsor AKO Fratmen as head coach between 1967 and 1969. 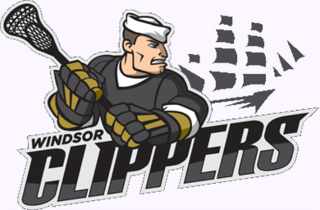 The Windsor Clippers is a Canadian junior box lacrosse team and members of the Ontario Junior B Lacrosse League of the Ontario Lacrosse Association. The team, from Windsor, Ontario, Canada, was known as the Windsor AKO Fratmen from 2003 until 2009 as they were sponsored by the AKO Fraternity.

The AKO Fratmen are a series of sports teams in Windsor, Ontario, Canada. All teams under this name are sponsored by the AKO Fraternity. 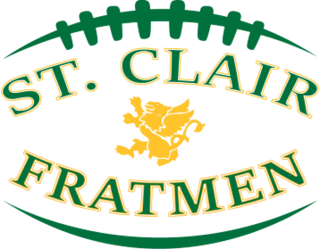 The Ontario Junior B Lacrosse League (OJBLL) is a box lacrosse league sanctioned by the Ontario Lacrosse Association in Canada. The league features twenty-five teams in Ontario, one in Quebec, and one in the Akwesasne that annually play a 20-game schedule and four rounds of playoffs for the J. A. MacDonald Trophy. After the conclusion of the playoffs, a league champion represents the OJBLL at the Founders Cup National Junior B Championship.

Jerry Kauric is a former placekicker who played in the National Football League and Canadian Football League in the late 1980s and early 1990s. Kauric played his early days in the Canadian Junior Football League for the Windsor AKO Fratmen. He then played for the Edmonton Eskimos, where he kicked the game-winning field goal for the 1987 Grey Cup during his first season as an Eskimo. He then played professionally in the NFL for the Cleveland Browns in 1990. Afterwards, he played for the Calgary Stampeders, and then he signed with the Detroit Lions, where he was kept for training camp. He was later cut by the Lions after breaking his foot. 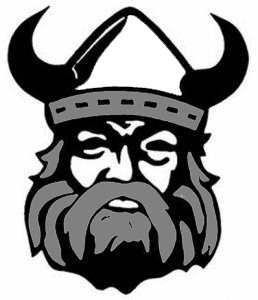 The Orangeville Northmen are Junior "B" box lacrosse team from Orangeville, Ontario, Canada. The Northmen play in the OLA Junior B Lacrosse League.

Tommy Grant was a professional Canadian football player who played for 14 years in the Canadian Football League with the Hamilton Tiger-Cats and the Winnipeg Blue Bombers. 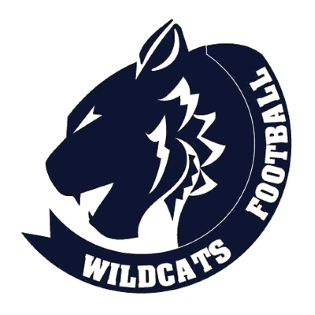 The Edmonton Wildcats are Canadian football team based in Edmonton, Alberta. The Wildcats play in the Prairie Football Conference, which is part of the Canadian Junior Football League and competes for the league championship, the Canadian Bowl. The team was founded in 1948. 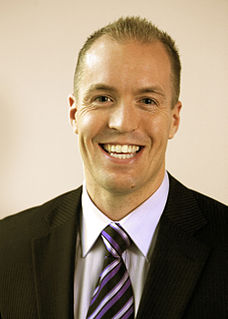 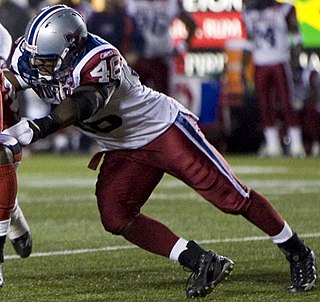 Walter Spencer is a former professional Canadian football linebacker. He was drafted by the Saskatchewan Roughriders in the third round of the 2004 CFL Draft. He played college football for the Indianapolis Greyhounds.

The London Beefeaters are a Canadian Junior Football League (CJFL) team located in London, Ontario. They play in the Ontario Football Conference (OFC) which is part of the CJFL, and compete annually for the national title known as the Canadian Bowl. The team was founded in 1975 and earned the first championship in the OFC defeating the Hamilton Hurricanes 19–16 in 2012. On October 28, they advanced to the CJFL semi finals against the Saskatoon Hilltops at Gordie Howe Bowl in Saskatoon where they were defeated 51–7. On October 27, 2019, the Beefeaters earned their second OFC title defeating the Windsor Fratmen 28-20 at Alumni Field.

Ron Adam was a Canadian football quarterback who played seven seasons with the Saskatchewan Roughriders of the Canadian Football League, where he mainly saw action as a defensive back. He played junior football for the Saskatoon Hilltops from 1951 to 1953 as a quarterback, winning a national title with the team in 1953. The Hilltops defeated the Windsor AKO Fratmen 34–6 to win the 1953 junior football national title. Adam was released by the Roughriders in August 1961.