Mathematicians Richard Courant, Otto Neugebauer and Harald Bohr, together with the publisher Ferdinand Springer, took the initiative for the foundation of a new mathematical reviewing journal. Harald Bohr, the brother of the famous physicist Niels Bohr, worked in Copenhagen. Courant and Neugebauer were professors at the University of Göttingen. At that time, Göttingen was considered one of the central places for mathematical research, having appointed mathematicians like David Hilbert, Hermann Minkowski, Carl Runge and Felix Klein, the great organiser of mathematics and physics in Göttingen. His dream of a building for an independent mathematical institute with a spacious and rich reference library was realised four years after his death. The credit for this achievement is particularly due to Richard Courant, who convinced the Rockefeller Foundation to donate a large amount of money for the construction. [1]

The service was founded in 1931, by Otto Neugebauer as Zentralblatt für Mathematik und ihre Grenzgebiete. It contained the bibliographical data of all recently published mathematical articles and book, together with peer reviews done by mathematicians over the world. In the preface to the first volume, the intentions of Zentralblatt are formulated as follows: [2]

Zentralblatt für Mathematik und ihre Grenzgebiete aims to publish — in an efficient and reliable manner — reviews of the entire world literature in mathematics and related areas in issues initially appearing monthly. As the name suggests, the main focus of the journal is mathematics. However, those areas that are closely related to mathematics will be treated as seriously as the so-called pure mathematics.

Zentralblatt and the Jahrbuch had in essence the same agenda, but Zentralblatt published several issues per year. An issue was published as soon as sufficiently many reviews were available, in a frequency of three or four weeks. [3]

In the late 1930s, it began rejecting some Jewish reviewers and a number of reviewers in England and United States resigned in protest. [4] Some of them helped start Mathematical Reviews , a competing publication.

The electronic form was provided under the name INKA-MATH (acronym for Information System Karlsruhe-Database on Mathematics) since at least 1980. The name was later shortened to Zentralblatt MATH.

The Zentralblatt MATH abstracting service provides reviews (brief accounts of contents) of current articles, conference papers, books and other publications in mathematics, its applications, and related areas. The reviews are predominantly in English, with occasional entries in German and French. Reviewers are volunteers invited by the editors based on their published work or a recommendation by an existing reviewer.

Zentralblatt MATH is provided both over the Web and in printed form. The service reviews more than 2,300 journals and serials worldwide, as well as books and conference proceedings. Zentralblatt MATH is now edited by the European Mathematical Society, FIZ Karlsruhe, and the Heidelberg Academy of Sciences.

The Zentralblatt database also incorporates the 200,000 entries of the earlier similar publication Jahrbuch über die Fortschritte der Mathematik (JFM) from 1868 to 1942, added in 2003.

As of January 2021, the complete database is accessible for free. [5] Previously, only the first three records in a search were available without a subscription. 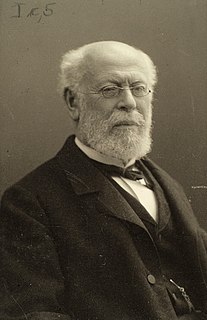 Moritz Benedikt Cantor was a German historian of mathematics. 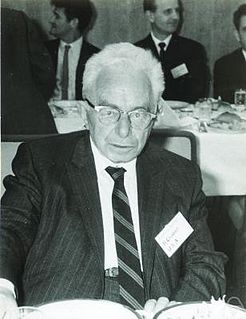 Richard Courant was a German American mathematician. He is best known by the general public for the book What is Mathematics?, co-written with Herbert Robbins.

Otto Eduard Neugebauer was an Austrian-American mathematician and historian of science who became known for his research on the history of astronomy and the other exact sciences as they were practiced in antiquity and the Middle Ages. By studying clay tablets, he discovered that the ancient Babylonians knew much more about mathematics and astronomy than had been previously realized. The National Academy of Sciences has called Neugebauer "the most original and productive scholar of the history of the exact sciences, perhaps of the history of science, of our age."

Hans Hahn was an Austrian mathematician who made contributions to functional analysis, topology, set theory, the calculus of variations, real analysis, and order theory.

Lothar Collatz was a German mathematician, born in Arnsberg, Westphalia.

FIZ Karlsruhe — Leibniz Institute for Information Infrastructure, formerly Fachinformationszentrum Karlsruhe, is a not-for-profit company with the public mission to make sci-tech information from all over the world publicly available and to provide related services in order to support the national and international transfer of knowledge and the promotion of innovation. The service institution is member of Gottfried Wilhelm Leibniz Scientific Community, a union of German research institutes. The institute provides information services and infrastructure for the academic and research community and maintains a collection of scientific databases. 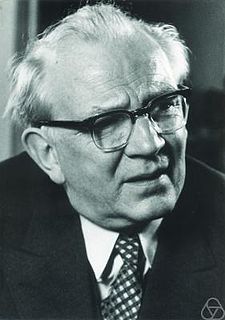 Heinrich Adolph Louis Behnke was a German mathematician and rector at the University of Münster. 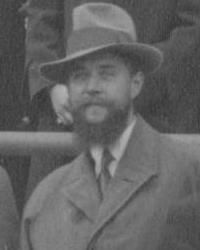 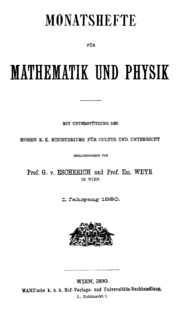 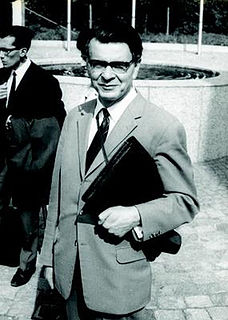 Helmut Grunsky was a German mathematician who worked in complex analysis and geometric function theory. He introduced Grunsky's theorem and the Grunsky inequalities. 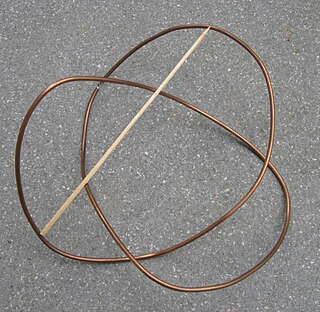 Erika Pannwitz was a German mathematician who worked in the area of geometric topology. During World War II, Pannwitz worked as a cryptanalyst in the Department of Signal Intelligence Agency of the German Foreign Office colloquially known as Pers Z S. After the war, she became editor-in-chief of Zentralblatt MATH.

Otfrid Mittmann was a German mathematician. Starting in 1927, he studied mathematics and natural sciences in Göttingen and Leipzig, and got his Ph.D. in Apr 1935. He joined the Nazi movement in Oct 1929. and published on statistical aspects of Nazi eugenics. After the war, he published in Göttingen and Bonn. 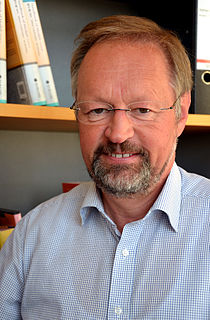 Klaus Hulek is a German mathematician, known for his work in algebraic geometry and in particular, his work on moduli spaces.

Reinhardt Kiehl is a German mathematician.

Gustav Conrad Bauer was a German mathematician, known for the Bauer-Muir transformation and Bauer's conic sections. He earned a footnote in the history of science as the doctoral advisor (Doktorvater) of Heinrich Burkhardt, who became one of the two referees of Albert Einstein's doctoral dissertation.

Alwin Oswald Walther was a German mathematician, engineer and professor. He is one of the pioneers of mechanical computing technology in Germany.

Johann Jakob Burckhardt was a Swiss mathematician and crystallographer. He was an invited speaker at the International Congress of Mathematicians in 1936 in Oslo. 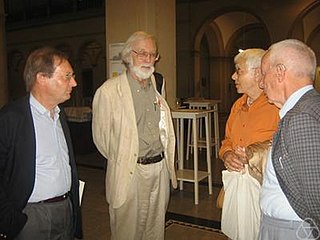