The daughter of Jiří Brabec and Zina Trochová, both literary historians, she was born in Prague. After completing her schooling, she worked in the University Library in Prague, in a hospital and as a cleaner. She later became an editor, working for several publishing houses. [1]

Brabcová was awarded the Magnesia Litera for fiction in 2013 for her novel Stropy. [5]

Czech literature is the literature written in the Czech language. The earliest literary works written in Czech date to the 14th century. Modern literature may be divided into the periods of national awakening in the 19th century; the avant-garde of the interwar period (1918-39); the years under Communism and the Prague Spring (1948-90); and the literature of the post-Communist Czech Republic (1992-present).

Michal Viewegh is a contemporary Czech writer. He writes about romantic relationships of his contemporaries with humour, variously successful irony as well as attempts at deeper meaningfulness; he is sometimes compared to Nick Hornby by his fans.

Zdeněk Svěrák is a Czech actor, humorist and scriptwriter, and one of the most well-known and popular Czech cultural personalities. Since 1968 he has apppeared in 32 films.

Miloš Urban is a Czech novelist and horror writer, known as the "dark knight of Czech literature". He is best known for his 1999 novel Sedmikostelí, a Gothic crime horror set in Prague, which was translated into 11 languages. He is also a translator, and has translated works by authors including Isaac Bashevis Singer and Julian Barnes into Czech. He was the winner of the 2002 Magnesia Litera prize for prose writing for his 2001 novel Hastrman, as well as the 1996 Mladá fronta prize for his translation of Barnes' Flaubert's Parrot. As well as the Czech Republic, Urban's books have found considerable commercial success in Spanish-speaking countries.

Hana Andronikova was a Czech writer.

Petra Hůlová is a Czech writer.

Zuzana Justman, born Zuzana Pick, is a Czech-American documentary filmmaker and writer. She was born in former Czechoslovakia, which she left in 1948 with her mother after surviving two years at Theresienstadt concentration camp during World War II. She went to New York state for college and graduate school, and settled in New York City afterward. After working as a writer and translator, in the late 1980s, she started filmmaking. She has filmed most of her documentaries in the Czech Republic and other European countries, and her topics have been the Holocaust of World War II and postwar history.

Magnesia Litera is an annual book award held in the Czech Republic since 2002. The prize covers all literary genres in eight genre categories: prose, poetry, children's book, non-fiction, essay/journalism, translation, publishing achievement, book debut, and the main prize – one of the genre nominee is named the "Czech Book of the Year".

Milada Součková was a Czech writer, literary historian, and diplomat. She is known mainly for introducing to Czech literature Modernist techniques employed by English-language writers such as Laurence Sterne, James Joyce, and Virginia Woolf. 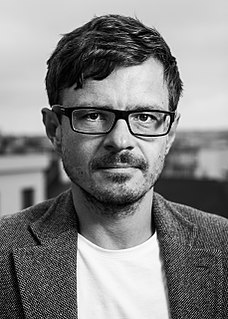 Daniela Hodrová is a Czech writer and literary scholar.

Kateřina Tučková is a Czech novelist and curator. She is best known as the author of Žítkovské bohyně, a Czech bestseller translated into 16 languages. 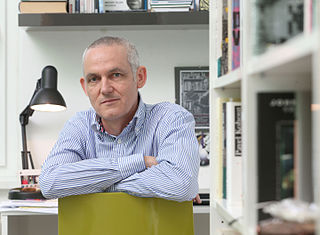 Jiří Hájíček is a contemporary South Bohemian Czech writer. He started writing poetry in the 1980s in a youth poetry programme hosted by Mirek Kovářík. He won the 2006 Magnesia Litera prize for prose with his novel Selský baroko. In the European Society of Authors' 2013 Finnegan's List, Jaroslav Rudiš selected Hájíček's 2012 novel Rybí krev to be more widely translated into European languages. Rybí krev also won the Magnesia Litera Book of the Year for 2013. In 2016, his novel Zloději zelených koní was adapted into a film by Dan Wlodarczyk.

Bohumila Grögerová was a Czech and Czechoslovak poet, experimental poet, and translator. She translated more than 180 writings from French and German in collaboration with her professional and life partner, Czech poet Josef Hiršal, who died in 2003. She also authored children's books and radio plays. 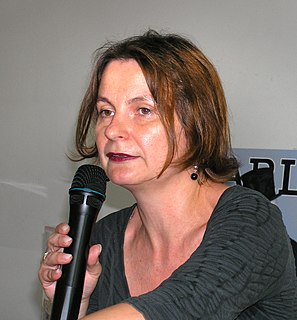 Věra Nosková is a Czech writer, journalist and promoter of science and critical thinking.

Zuzana Kultánová is a Czech novelist. For her debut novel, Augustin Zimmermann, she received the 2017 Jiří Orten Award given to the author of a work of prose or poetry who is no older than 30 at the time of the work's completion.

Bianca Bellová is a Czech writer. She was born in Prague. She has written a number of books: Sentimentální román, Mrtvý muž, Celý den se nic nestane and Jezero. Jezero won the top Czech literary award Magnesia Litera and the EU Prize for Literature in 2016 and has been translated in numerous languages.