Although the official date of the census date was June 1, 1850, [1] completed census forms indicate that the surveys continued to be made throughout the rest of the year. [2] [3]

This was the first census where there was an attempt to collect information about every member of every household; women and children were named. Slaves were included by gender and estimated age on Slave Schedules, listed by the name of the owner. Prior to 1850, census records had recorded only the name of the head of the household and broad statistical accounting of other household members (three children under age five, one woman between the age of 35 and 40, etc.). This was also the first census to ask about place of birth of free residents.

Hinton Rowan Helper made extensive use of the 1850 census results in his politically notorious book The Impending Crisis of the South (1857).

Full documentation for the 1850 population census, including census forms and enumerator instructions, is available from the Integrated Public Use Microdata Series.

The 1850 United States Census collected a great amount of data that gave insight into the state of the U.S. economy in 1850. Some of the data revealed the growth of the economy with regard to agricultural and manufactured production, international trade, federal debt, taxation, transportation, education, and land expansion.

Manufactured Production
This census included the total manufactured production (in dollars), the total amount of capital invested, the total value of wages paid, the percent of profit (by state and total), the profit by state of major industries (cotton, wool, various iron work, breweries, fishing, salt), and other less significant statistics. Total manufactured production was valued at just over one billion dollars. This is a great increase over the totals estimated in 1820 and 1840. Also, in total, the manufacturing industry recorded an overall profit of 43%.

Federal Debt
This census contains yearly federal debt totals, total federal revenues, and total expenditures from 1790 to 1853. The total debt of the United States on July 1, 1854, was roughly 47.2 million dollars.

Taxation
The census contains some calculation of total annual federal taxes, but it is incomplete. It does however, give state taxation totals.

Transportation and Communication
This census calculates the total cost, size, and quantity of railroads and canals. The funded debt for railroads and canals in 1853 was 130 million. Their gross earnings were more than 38 million dollars. This census also contains estimates for growth in mileage of telegraphic lines in the United States. In 1853 the country contains 89 telegraph lines that stretched 23,261 miles (37,435 km). When published in 1854, the country had an estimated 30,000 miles (48,000 km) of telegraphic lines, a drastic increase.

Education
This census displays the advances of the United States in education and literacy by documenting the number of libraries, the number of schools (public, private, and colleges), state literacy rates, the total newspaper production and consumption, the educational levels of differing races, the total value of tuition costs, the amount of federal land given for education, and other various statistics.

Land Expansion
The 1850 census shows the great amount of territorial expansion that took place in the United States, following the Admission of Texas, the Oregon Treaty, and the Treaty with Mexico following the war in 1848. These three pieces of territory totaled an addition of more than a million square miles to the nation. In 1850, the United States contained 31 states and 4 organized territories (Minnesota, New Mexico, Oregon, Utah).

Significance
The 1850 United States Census can be seen as a historical document that gives insight into the state of the nation's economy in 1850. It is much more detailed and provides more information than the 1840 census.

Microdata from the 1850 population census are freely available through the Integrated Public Use Microdata Series. Aggregate data for small areas, together with compatible cartographic boundary files, can be downloaded from the National Historical Geographic Information System.

The Utah Territorial census was taken in 1851. Secretary Broughton Harris refused to certify the census of Utah territory. Harris complained that Brigham Young had conducted the census without him, claimed several irregularities, and consequently withheld funds reserved for the census. [9] The controversy contributed to Harris' decision to join other Runaway Officials of 1851 and abandon his post in Utah Territory. Relationships with the federal government continued to sour and eventually resulted in the Utah War.

Local government officials feared having an enslaved population might impede the territory's quest for statehood, since certain members of Congress were concerned about expansion of slavery into the western territories. [10] The 1850 census slave schedule for Utah Territory reported only 26 slaves, with a note that all of them were heading to California, and did not include any enslaved people remaining in the territory. [11] John David Smith estimates that there were 100 blacks in Utah by 1850, with two-thirds of them enslaved. [12] 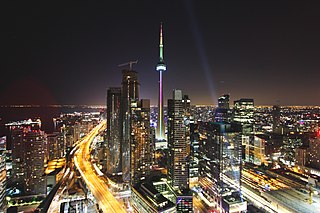 The economy of Canada is a highly developed market economy. It is the 10th largest GDP by nominal and 16th largest GDP by PPP in the world. As with other developed nations, the country's economy is dominated by the service industry which employs about three quarters of Canadians. Canada has the third highest total estimated value of natural resources, valued at US$33.2 trillion in 2019. It has the world's third largest proven petroleum reserves and is the fourth largest exporter of petroleum. It is also the fourth largest exporter of natural gas. Canada is considered an "energy superpower" due to its abundant natural resources and a small population of 37 million inhabitants relative to its land area. 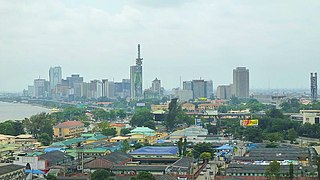 The economy of Nigeria is a middle-income, mixed economy and emerging market, with expanding manufacturing, financial, service, communications, technology and entertainment sectors. It is ranked as the 27th-largest economy in the world in terms of nominal GDP, and the 24nd-largest in terms of purchasing power parity. Nigeria has the largest economy in Africa; its re-emergent manufacturing sector became the largest on the continent in 2013, and it produces a large proportion of goods and services for the West African subcontinent. In addition, the debt-to-GDP ratio is 16.075 percent as of 2019.

Excise tax in the United States is an indirect tax on listed items. Excise taxes can be and are made by federal, state and local governments and are not uniform throughout the United States. Some excise taxes are collected from the producer or retailer and not paid directly by the consumer, and as such often remain "hidden" in the price of a product or service, rather than being listed separately.

The Confederate States of America (1861-1865) started with an agrarian-based economy that relied heavily on slave-worked plantations for the production of cotton for export to Europe and to the northern US. If classed as an independent nation, the area of the Confederate States would have ranked as the fourth-richest country of the world in 1860. When the Union blockaded Confederate ports from summer 1861, exports of cotton fell 95 percent and the South had to restructure itself to emphasize the production of food and munitions for internal use. After losing control of its main rivers and ports, the Confederacy had to depend on a weak railroad system that, with few repairs being made, no new equipment, and destructive federal raids, crumbled away. The financial infrastructure collapsed during the war as inflation destroyed banks and forced a move toward a barter economy for civilians. The government seized needed supplies and livestock. By 1865 the Confederate economy was in ruins.

The domestic slave trade, also known as the Second Middle Passage and the interregional slave trade, was the term for the domestic trade of slaves within the United States that reallocated slaves across states during the antebellum period. It was most significant in the early to mid-19th century, when historians estimate one million slaves were taken in a forced migration from the Upper South: Maryland, Delaware, Virginia, Tennessee, Kentucky, North Carolina, South Carolina, and the District of Columbia, to the territories and newly admitted states of the Deep South and the West Territories: Georgia, Alabama, Florida, Louisiana, Mississippi, Arkansas, and Texas.

The United States Census of 1830, the fifth census undertaken in the United States, was conducted on June 1, 1830. The only loss of census records for 1830 involved some countywide losses in Massachusetts, Maryland, and Mississippi.

The United States Census of 1870 was the ninth United States Census. It was conducted by the Census Bureau from June 1, 1870 to August 23, 1871. The 1870 Census was the first census to provide detailed information on the African-American population, only five years after the culmination of the Civil War when slaves were granted freedom. The total population was 38,925,598 with a resident population of 38,558,371 individuals, a 22.6% increase from 1860. The 1870 Census' population estimate was controversial, as many believed it underestimated the true population numbers, especially in New York and Pennsylvania.

This is a table of the total federal tax revenue by state, federal district, and territory collected by the U.S. Internal Revenue Service.

The Economy of the Empire of Brazil was centered on export of raw materials when the country became independent in 1822. The domestic market was small, due to lack of credit and the almost complete self-sustainability of the cities, villages and farms that dedicated themselves to food production and cattle herding. During the first half of the 19th century, the Imperial Government invested heavily in the improvement of roads while retaining an excellent system of ports. The former facilitated better commercial exchange and communication between the country's distant regions; the latter did the same for foreign trade.