Anne Hathaway (born 1982) is an American actress and singer.

Anne Hathaway may also refer to: 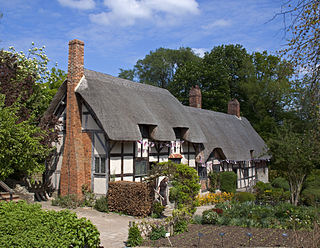 Anne Hathaway's Cottage is a twelve-roomed farmhouse where Anne Hathaway, the wife of William Shakespeare, lived as a child in the village of Shottery, Warwickshire, England, about 1 mile (1.6 km) west of Stratford-upon-Avon. Spacious, and with several bedrooms, it is now set in extensive gardens.

Anne Hathaway was the wife of William Shakespeare, the English poet, playwright and actor. They were married in 1582, when he was 18 and she was 26 years old. She outlived her husband by seven years. Very little is known about her beyond a few references in legal documents. Her personality and relationship to Shakespeare have been the subject of much speculation by many historians and creative writers. 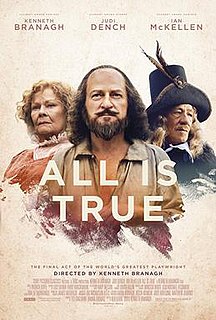 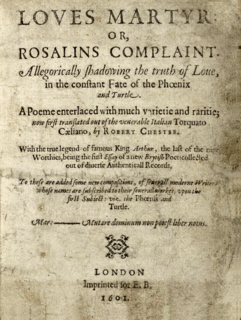 The Phoenix and the Turtle is an allegorical poem about the death of ideal love by William Shakespeare. It is widely considered to be one of his most obscure works and has led to many conflicting interpretations. It has also been called "the first great published metaphysical poem". The title "The Phoenix and the Turtle" is a conventional label. As published, the poem was untitled. The "turtle" is the Turtledove, not the shelled reptile. 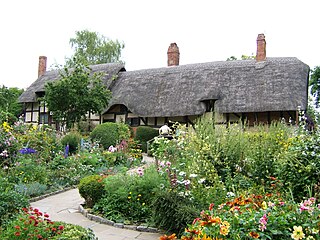 Shottery, formerly a small village a mile west of Stratford-upon-Avon town centre, is now part of the town, though retaining the feeling of a distinct village. 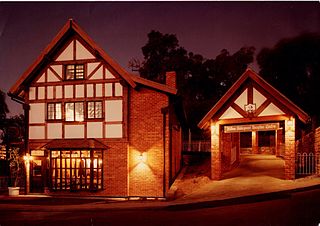 Bedfordale is a semi-rural suburb in the south-east of Perth, Western Australia, located within the City of Armadale. Located approximately 40 km from Perth in the Darling Range, some of the local attractions include Churchman Brook Dam, Wungong Dam and the Elizabethan Pub. The area is popular for hiking and cycling. Being close to Armadale railway station provides easy access to the city by train.

The sexuality of William Shakespeare has been the subject of recurring debate. It is known from public records that he married Anne Hathaway and that they had three children; scholars have analysed their relationship through these documents, and particularly through the bequests to her in Shakespeare's will. Some have speculated Shakespeare had affairs with other women, based on contemporaries' written anecdotes of such affairs and sometimes on the "Dark Lady" figure in his sonnets. Some scholars have argued he was bisexual, based on analysis of the sonnets: many, including Sonnet 18 "Shall I compare thee to a summer's day", are love poems addressed to a man, the "Fair Youth", and contain puns relating to homosexuality. 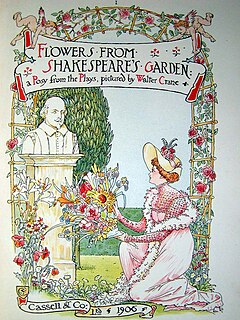 A Shakespeare garden is a themed garden that cultivates some or all of the 175 plants mentioned in the works of William Shakespeare. In English-speaking countries, particularly the United States, these are often public gardens associated with parks, universities, and Shakespeare festivals. Shakespeare gardens are sites of cultural, educational, and romantic interest and can be locations for outdoor weddings. 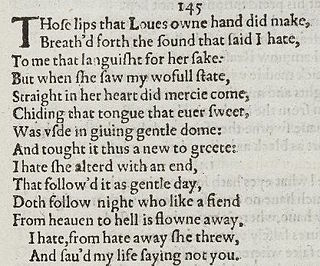 Sonnet 145 is one of Shakespeare's sonnets. It forms part of the Dark Lady sequence of sonnets and is the only one written not in iambic pentameter, but instead tetrameter. It is written as a description of the feelings of a man who is so in love with a woman that hearing her say that "she hates" something immediately creates a fear that she is referring to him. But then when she notices how much pain she has caused her lover by saying that she may potentially hate him, she changes the way that she says it to assure him that she hates but does not hate him. 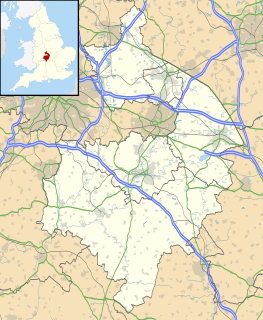 Luddington is a small village and civil parish in the English county of Warwickshire in the United Kingdom. The population in 2001 was 457 increasing to 475 at the 2011 Census. It is located about five kilometres outside the town of Stratford-upon-Avon on the banks of the river Avon and has views south over the Cotswolds. Facilities and communications include a phone box, a 19th-century church, a post box, a marina with a 17th-century lock, a village green and a recently refurbished village hall originally built in 1953. The parish encompasses Dodwell Caravan Park to the north of the village.

Judith Quiney, née Shakespeare, was the younger daughter of William Shakespeare and Anne Hathaway and the fraternal twin of their only son Hamnet Shakespeare. She married Thomas Quiney, a vintner of Stratford-upon-Avon. The circumstances of the marriage, including Quiney's misconduct, may have prompted the rewriting of Shakespeare's will. Thomas was struck out, while Judith's inheritance was attached with provisions to safeguard it from her husband. The bulk of Shakespeare's estate was left, in an elaborate fee tail, to his elder daughter Susanna and her male heirs.

The Globe of the Great Southwest is a theater in Odessa, Texas whose design was inspired by that of William Shakespeare's original Globe Theatre. In addition, the complex also features a replica of Anne Hathaway's Cottage. Both buildings are located on the campus of Odessa College.

The Shakespeare Birthplace Trust (SBT) is an independent registered educational charity based in Stratford-upon-Avon, Warwickshire, England, that came into existence in 1847 following the purchase of William Shakespeare's birthplace for preservation as a national memorial. It can also lay claim to be the oldest conservation society in Britain. Receiving no government funding or public subsidies, it is totally dependent upon the public for support, and relies on donations and the income generated from visitors.

"Anne Hathaway" is a poem by Carol Ann Duffy about Anne Hathaway, the wife of William Shakespeare.

Anne Whateley is the name given to a woman who is sometimes supposed to have been the intended wife of William Shakespeare before he married Anne Hathaway. Most scholars believe that Whateley never existed, and that her name in a document concerning Shakespeare's marriage is merely a clerical error. However, several writers on Shakespeare have taken the view that she was a real rival to Hathaway for Shakespeare's hand. She has also appeared in imaginative literature on Shakespeare and in Shakespeare authorship speculations. Shakespeare's biographer Russell A. Fraser describes her as "a ghost", "haunting the edges of Shakespeare's story". She has also been called "the first of the Shakespearean Dark Ladies".

The only surviving image that may depict Anne Hathaway, the wife of William Shakespeare, is a portrait line-drawing made by Sir Nathaniel Curzon in 1708, referred to as "Shakespear's Consort". It was probably traced from a lost Elizabethan original. The drawing is currently located in the Colgate University Libraries, Special Collections and University Archives, Hamilton, NY.

The Elizabethan Village was a tourist attraction at Armadale, Western Australia, created by British engineer Leo Fowler (1923–1992). It was opened in 1977 by Sir Charles Court, the Premier of Western Australia. In 1978 it was awarded the Sir David Brand Award for Tourism. 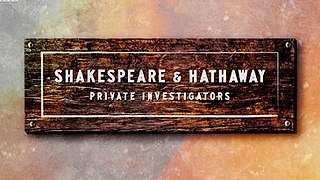 & Juliet is a 2019 musical featuring the music of Max Martin, with a book by David West Read. The story focuses on "what if" Juliet hadn't died at the end of Shakespeare's Romeo and Juliet.