Bernhard Paumgartner (born 14 November 1887 in Vienna; died 27 July 1971 in Salzburg) was an Austrian conductor, composer and musicologist. He is most famous for being Herbert von Karajan's composition teacher at the Mozarteum in Salzburg, where he recognized his pupil's potential gifts for conducting. Karajan would become a notable conductor. He also taught Vittorio Negri.

Alfred Brendel KBE is an Austrian classical pianist, poet, author, composer, and lecturer who is held in high regard for his performances of Mozart, Schubert, Schoenberg, and Beethoven. 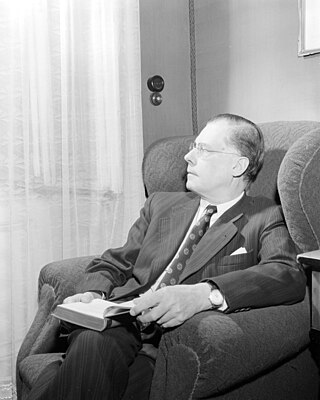 Karl August Leopold Böhm was an Austrian conductor. He was best known for his performances of the music of Mozart, Wagner, and Richard Strauss. 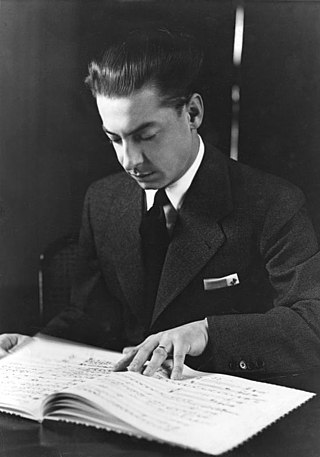 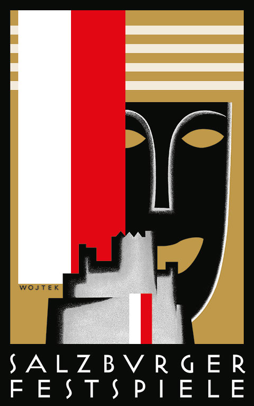 Edita Gruberová was a Slovak coloratura soprano. She made her stage debut in Bratislava in 1968 as Rosina in Rossini's Il barbiere di Siviglia, and successfully auditioned at the Vienna State Opera the following year, which became her base. She received international recognition for roles such as Mozart's Queen of the Night in Die Zauberflöte and Zerbinetta in Ariadne auf Naxos by Richard Strauss.

Franz Xaver Wolfgang Mozart, also known as Wolfgang Amadeus Mozart, Jr., was the youngest child of six born to Wolfgang Amadeus Mozart and his wife Constanze and the younger of his parents' two surviving children. He was a composer, pianist, conductor, and teacher of the late classical period whose musical style was of an early Romanticism, heavily influenced by his father's mature style. He knew Franz Schubert and Robert Schumann who both had high esteem for him.

Walter Berry was an Austrian lyric bass-baritone who enjoyed a prominent career in opera. He has been cited as one of several exemplary operatic bass-baritones of his era. 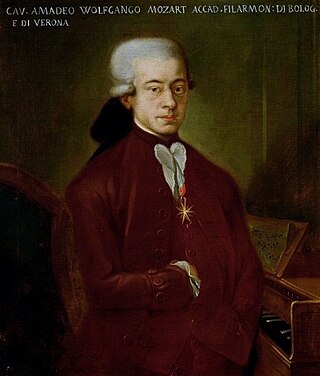 La Betulia liberata is the title of a libretto by Pietro Metastasio which was originally commissioned by Emperor Charles VI and set by Georg Reutter the younger in 1734. It was subsequently set by as many as 30 composers, including Niccolò Jommelli (1743), Ignaz Holzbauer (1752), Florian Leopold Gassmann (1772), Joseph Schuster (1787), and most famously Mozart (1771).

The Camerata Salzburg is an Austrian chamber orchestra based in Salzburg, Austria. The Camerata's principal concert venue is the Mozarteum University. 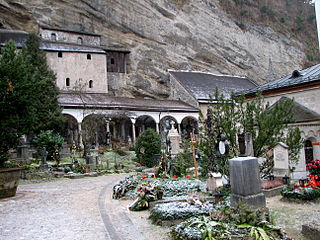 The Petersfriedhof or St. Peter's Cemetery is – together with the burial site at Nonnberg Abbey – the oldest cemetery in the Austrian city of Salzburg, located at the foot of the Festungsberg with Hohensalzburg Castle. It is one of Salzburg's most popular tourist attractions.

Michael Lorenz is an Austrian musicologist, music teacher, musician, chess historian and photographer, noted as a Mozart scholar and for his archival work combining music history and genealogical research. 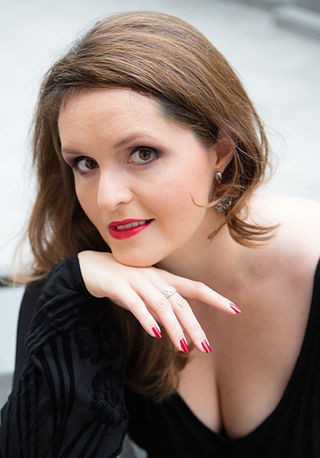 Gerhard Croll was a German-Austrian musicologist.

The Mozarteum International Summer Academy goes back to its beginnings in the summer of 1916 and has borne its current name since 1947. Today, more than 80 masterclasses are held annually. These are run by teachers of the Mozarteum University Salzburg and selected, internationally renowned artists and are attended by 800–1000 young musicians from all over the world.

Gottfried Hornik is an Austrian operatic baritone and voice teacher. He was a member of the Vienna State Opera for 25 years and appeared worldwide in leading roles. His signature role was Beckmesser in Wagner's Die Meistersinger von Nürnberg. He was awarded the title of an Austrian Kammersänger.