Congregation for the Clergy

It was first set up as the Sacra Congregatio Cardinalium pro executione et interpretatione concilii Tridentini interpretum by Pope Pius IV in the apostolic constitution Alias Nos of 2 August 1564 to oversee the proper application and observation of the disciplinary decrees of the Council of Trent throughout the Catholic Church. It was commonly known as the Sacred Congregation of the Council. Pope Sixtus V's Apostolic Constitution Immensa aeterni Dei of 22 January 1587 expanded the Congregation's functions, entrusting it with the proper interpretation of the canons of the Council of Trent, resolving controversial questions relating to it, and monitoring provincial councils. It later lost many of its powers, retaining only those relating to disciplining secular clergy, but still held onto its original name prior to Pope Paul VI's apostolic constitution Regimini Ecclesiae Universae of 31 December 1967, which renamed it the "Congregation for the Clergy."

In January 2013, the motu proprio Fides per doctrinam transferred the competency on Catechesis from the Congregation for the Clergy to the Pontifical Council for the Promotion of the New Evangelisation.

In February 2019, Cardinal Beniamino Stella, Prefect of the Congregation, said that the Congregation manages the cases of priests who violate their vows of celibacy for approximately ten years. He said that "In such cases there are, unfortunately, Bishops and Superiors who think that, after having provided economically for the children, or after having transferred the priest, the cleric could continue to exercise the ministry." [1] In February 2020, the Congregation made public its guidelines for managing cases of priests who have fathered children. The guidelines were previously secret, though in 2019 the Congregation offered to provide then to a bishops conference upon request. [3]

On 3 June 2021, Pope Francis tasked Egidio Miragoli, Bishop of Mondovì, with conducting a review of the Congregation in anticipation of the replacement of its prefect in August. He expected it would take at least the month of June to complete. [4] [5]

Since 21 September 2013, the Prefect of the Congregation has been Cardinal Beniamino Stella. [6] The Secretary of the Congregation is the French Archbishop Joël Mercier. [7] Jorge Carlos Patrón Wong is the Secretary for Seminaries. The under secretary is Fr. Andrea Ripa, a former professor of matrimonial and canon law for the Higher Institute of Religious Sciences in Rimini and of the “General Norms” at the Lugano Faculty of Theology and the Pontifical Lateran University and licensed canon law and Roman Rota lawyer, and a former judge and vicar of the Ecclesiastical Tribunal of Flaminio in Bologna. [8] [9]

On June 11, 2021, Pope Francis appointed Lazarus You Heung-sik, bishop of Daejeon, South Korea, as prefect after accepting the resignation of Cardinal Stella. However, Cardinal Stella remains "in charge" of the Congregation "until the new Prefect takes office." [10] 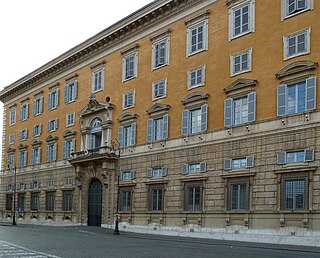 The Congregation for Divine Worship and the Discipline of the Sacraments is the congregation of the Roman Curia that handles most affairs relating to liturgical practices of the Latin Church as distinct from the Eastern Catholic Churches and also some technical matters relating to the sacraments. Its functions were originally exercised by the Sacred Congregation of Rites, set up in January 1588 by Pope Sixtus V. 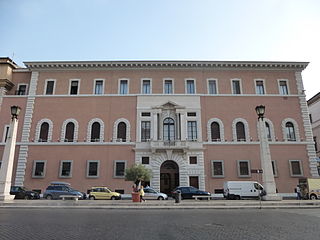 Fernando Filoni is a Cardinal prelate of the Roman Catholic Church who serves as Grand Master of the Equestrian Order of the Holy Sepulchre. He was Prefect of the Congregation for the Evangelization of Peoples from 2011 to 2019. He is an expert in Chinese affairs and on the Middle East. 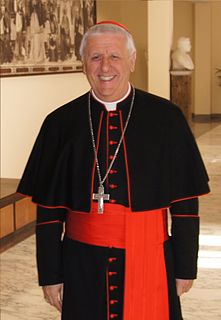 Giuseppe Versaldi is the Cardinal Prefect of the Congregation for Catholic Education, since his appointment, by Pope Francis on 31 March 2015. Previously, Versaldi served as President of the Prefecture for the Economic Affairs of the Holy See since 21 September 2011. Versaldi had served before that as Bishop of Alessandria. Pope Benedict XVI elevated him to the rank of cardinal on 18 February 2012. 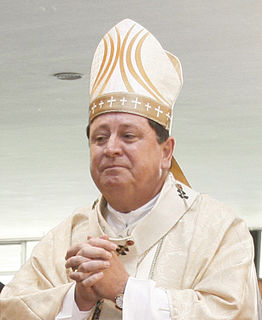 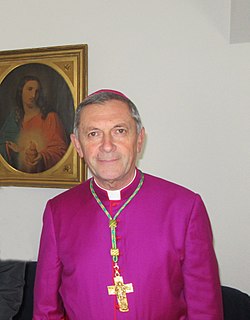 Egidio Miragoli is an Italian prelate of the Catholic Church who has been bishop of Mondovì since September 2017.

Children of the Ordained is a term the Vatican uses to describe the offspring of ordained Catholic priests who have taken a vow of clerical celibacy. The children are a "result of affairs involving laywomen or nuns - other abuse or rape." Not many of these children are known, but the most famous is probably Vincent Doyle, who has started a support group, Coping International.

Lazarus You Heung-sik is a South Korean prelate of the Catholic Church who has served as the bishop of the Diocese of Daejeon since 2005 after two years as coadjutor bishop. He has been named as the Prefect-designate of the Congregation for the Clergy on 11 June 2021. He is the first Korean named to head a department of the Roman Curia.